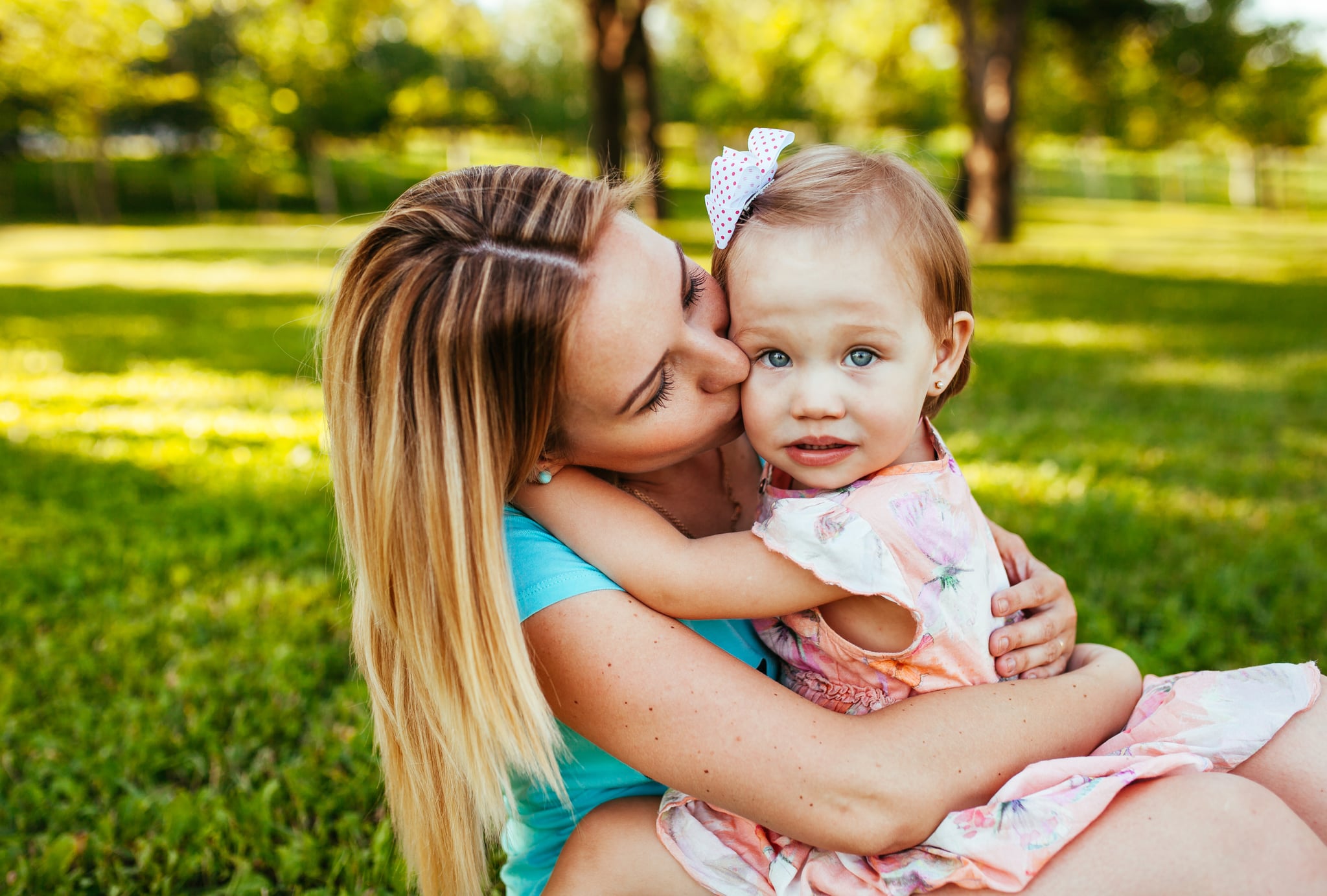 Whether it's innocent or not, it's not uncommon to hear these words uttered to me as a mom of an only child:

"You have just one kid?"

There's something damning and almost insulting about this statement. "Just," to me, signifies that one child is not enough. It suggests that everyone should indeed be having multiple children or at the very least two. "Just" screams, "Oh, you only have one kid. That's nothing. I have a lot of kids. Now THAT'S a lot of work!"

I'm here to tell the world that "just one" is enough. It's enough kids. It's enough work. It's a completely legitimate choice. I chose to have one kid, and when I considered having another, it didn't work out for me due to health reasons and a divorce. At this point, I cherish and love having an only child. Why I chose to have one child, whether it was for a health issue or simply because I only wanted one child, is no one's business. No woman needs to account for why she has no kids, 10 kids, or two kids. Our reproductive plans are our own to carve out. We can only hope that if people have children, whether two or 10, they care for them as active mothers and fathers.

And what really gets me fired up is the insinuation that "just one child" is not work. Granted, I am certain that running a household of multiple children is pretty much akin to running free in a psych ward, but "one child" is still work. Besides, it's not my problem as a mom of an only child that someone else chose to add on work by having more kids and I — or any other mom of an only child — didn't, no matter our reason for having an only child. I never put a gun to anyone's head and asked her to have many kids. So when you tell me "just one kid" as if I am having personal spa days every day of my life, I would like to remind you that your comment is insulting, not supportive of mothers, and assumptive in so many ways. One woman could have two healthy children, and another could have one who is not healthy. Which do you think is more work? Another mother could be a single parent of one, and a mom of three could have a comfortable lifestyle and active dad and partner. Who is to say what is easier or harder?

And furthermore, why are we as mothers so insistent on claiming martyr's status? Ladies, instead of pointing out who has it the worst — single parents vs. married, working mothers vs. stay-at-home mothers, etc. — let's instead acknowledge that in each home and family, every mom has her own unique battles; it doesn't matter how many children she has, whether she works or not, and if she's married, divorced and coparenting, or parenting alone 24/7. By fighting this invisible battle and mommy war of "Who has it the worst," we are creating an unsupportive and weak atmosphere for ourselves and for our daughters. So put down your metaphorical crosses and try to see each unique situation as it is.

When you see a mother of one, don't assume that it's easy. To be honest? Sometimes it's more work to entertain one child because we can't simply say, "Go play with your brother," but for me thankfully, my daughter is independent. Quite frankly, the idea of having more than one child makes me a little nutty. I have loads of respect for mothers holding down the fort with more than one child, especially those who raise three or more. Kudos to you ladies! But for this mama, one kid is enough work, enough love, enough joy, enough pain, and enough in my heart to keep me over-the-moon happy that I get to call myself a mom.

Last but not least, let's not forget the pain you could be inflicting on a mother when you say those insensitive words: "Just one kid." Many moms I know with only children had one child because another was not in the cards for health, financial, or fertility reasons. When you open your mouth and spill out, "Oh, just one kid," you are ignorant of the potential heartache lying underneath your comment. Maybe that mom didn't want it to be "just one kid," but that's what she got and she is grateful for that child.

Ladies, if you're rocking one, two, or five kids, let's all be here for each other as women and mothers virtually, in person, and in spirit. If only we banded together as a unit — mothers of all races, classes, and identities — we would be a most powerful group.

Family Life
Bed Rest Was Scary, Boring, and a True Test of My Patience
by Rachel Sobel 9 hours ago

Little Kids
Can Kids Safely Eat Protein Bars? We Asked 2 Experts to Break It Down For Us
by Brittany Natale 10 hours ago

Tweens and Teens
There's a New Barbie Baking Cookbook Coming Out, and Our Mouths Are Watering
by Murphy Moroney 1 day ago

Hilary Duff
Hilary Duff Wrote a Kids' Book Inspired by Her 1-Year-Old Daughter, and It Looks Adorable
by Murphy Moroney 2 days ago

Little Kids
Want More Enola Holmes? Check Out the 6 Novels That Inspired the Film
by Katherine McLaughlin 4 days ago