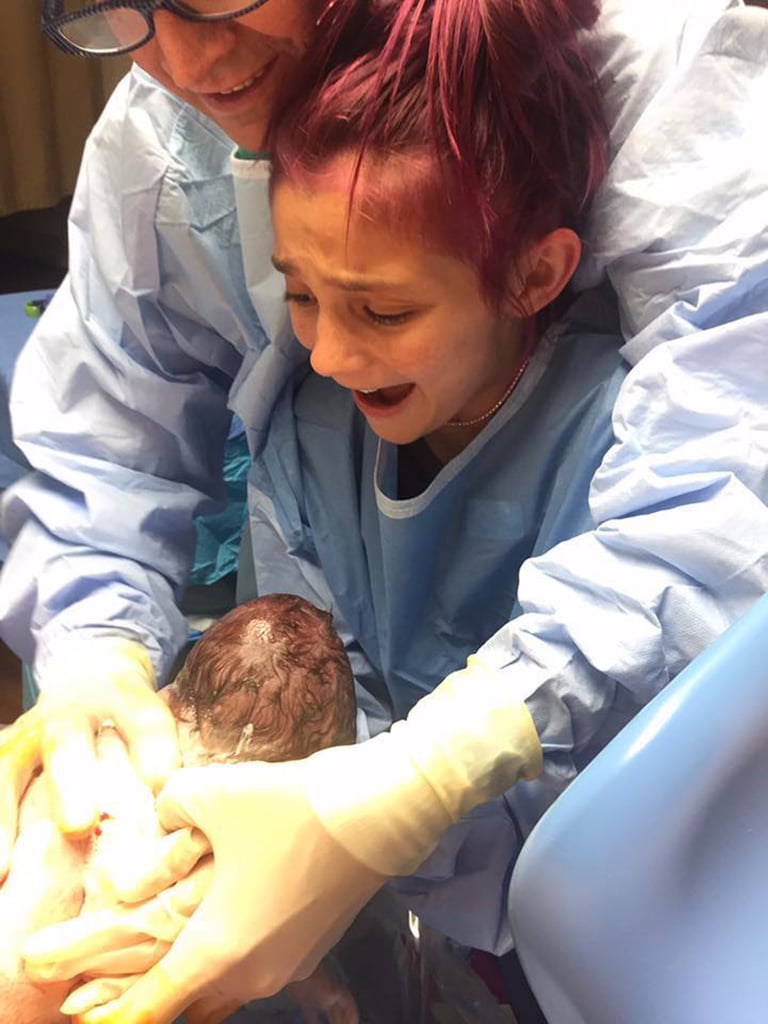 Twelve-year-old Jacee Dellapena has played fake doctor just like millions of other kids, but when her mom was in labor with her baby brother, Cayson, the young girl got to play "real" doctor and help assist her mother with the birth. Originally, Jacee was upset because she assumed she wouldn't get to see her brother born because she was "too short," which is when her mother's doctor suggested the 12-year-old "suit up" and help deliver the baby.

Jacee's mom, Dede Carraway, was shocked at her doctor's suggestion, but Jacee was all for it. The doctor helped her along the way, guiding her hands and giving her instructions. "I actually, like delivered him, like, he let me actually push down and pull the baby out," Jacee told MSNewsNow. "I was like, wow, like I've played fake doctor before, but this is, like, the real thing, this is is the real deal. I was really nervous."

Despite her nerves, Jacee completely rocked it in the delivery room and even got to cut the umbilical cord after the birth. Thanks to photos of the birth posted to Facebook, it's completely clear that the young girl had the experience of a lifetime just from the strong emotions on her face throughout Cayson's entrance into the world. "Seeing the emotions on her face, it made me cry. I'm about to cry now! It was just a good moment for me," Dede said.

You'll also have a hard time keeping your emotions in check over these beautiful photos — scroll through and try not to become a bit hysterical (like we did).