If you've ever wondered what it's like to be the child of a musician who travels the globe on concert tours, Pink is giving us a glimpse into just how, quite frankly, normal it looks.

The singer kicked off her Beautiful Trauma World Tour earlier this month, and her husband Carey Hart and her two kids — Willow, 6, and Jameson, 1 — are along for the ride. While she rehearses, the two little ones have their own version of "#tourlife," which involves a mobile playroom filled with all the things any kid would love.

In an Instagram of her son happily sitting in a transportable ball pit, she wrote, "Baby play before mama play." Carey shared a similar photo of the toddler — in which you can spy a pint-size trampoline in the background — as well as another shot of the full play area, which includes a tent, ride-along toys, a tricycle, a miniature kitchen set, plastic tubs filled with wooden play food, and an art table complete with washable paints. 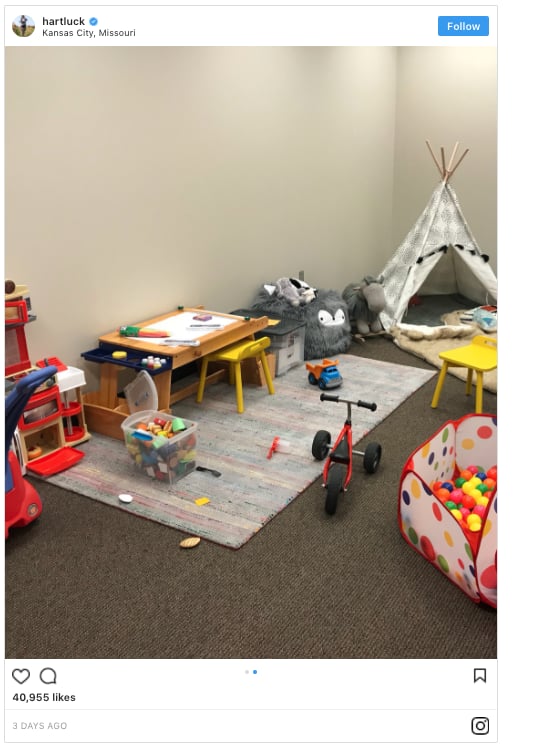 "Mama Pink don't mess around when it comes to Willz and Jamo's play room on tour," he wrote on Instagram. "These kids are roughing it!"

Yes, he's right that the two have quite the cushy setup, but it's endearing how relatable it really is: it looks identical to the colorful, half-tidy playrooms you'd find in most suburban basements!