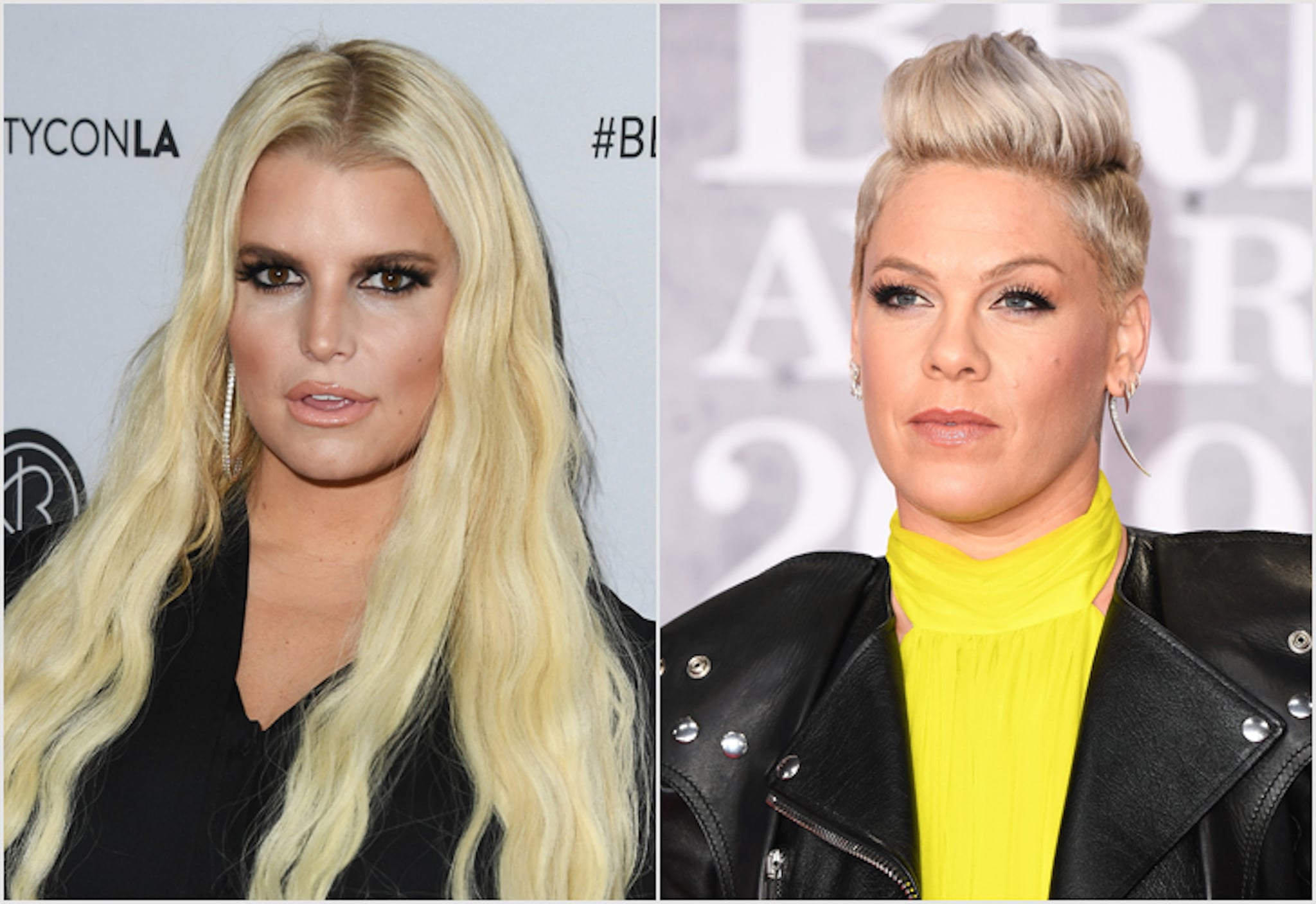 Mom-shamers, you definitely don't want to mess with Pink — or any of her fellow famous mamas, for that matter. The 39-year-old singer rose to Jessica Simpson's defense in the most epic way when the actress was slammed for allowing her 7-year-old daughter to dye her hair. Earlier this week, Jessica shared a seemingly innocent photo revealing that her oldest daughter, Maxwell, had the ends of her hair dyed purple and pink. Although most of the comments were positive, a few negative Nancies couldn't resist offering their unwarranted two cents, calling out how she's "too young" to have her locks colored.

Of course, Pink was having none of it and decided to show up the trolls by — what else? — dyeing her own daughter's hair, too . . . again. "I heard people were bummed on Jessica Simpson for letting her 7-year-old get her hair colored. So we thought we'd share what we did yesterday," Pink captioned a photo of her dyeing her daughter Willow's hair blue. Oh, and she also tossed in a series of lengthy hashtags for good measure: "#bluehairdontcare #getyourownkids #parentpoliceareactuallyjustlonelysadpeople #ohlookmanocomments." Aaaand that's the sound of her hypothetical mic hitting the floor.

This isn't the first time Pink has called out the "parenting police" this Summer. Back in July, she jokingly shaming herself for letting her daughter run through sprinklers outside without wearing a helmet or sunscreen. You can always count on her to bring the sass, and we're very much here for it.