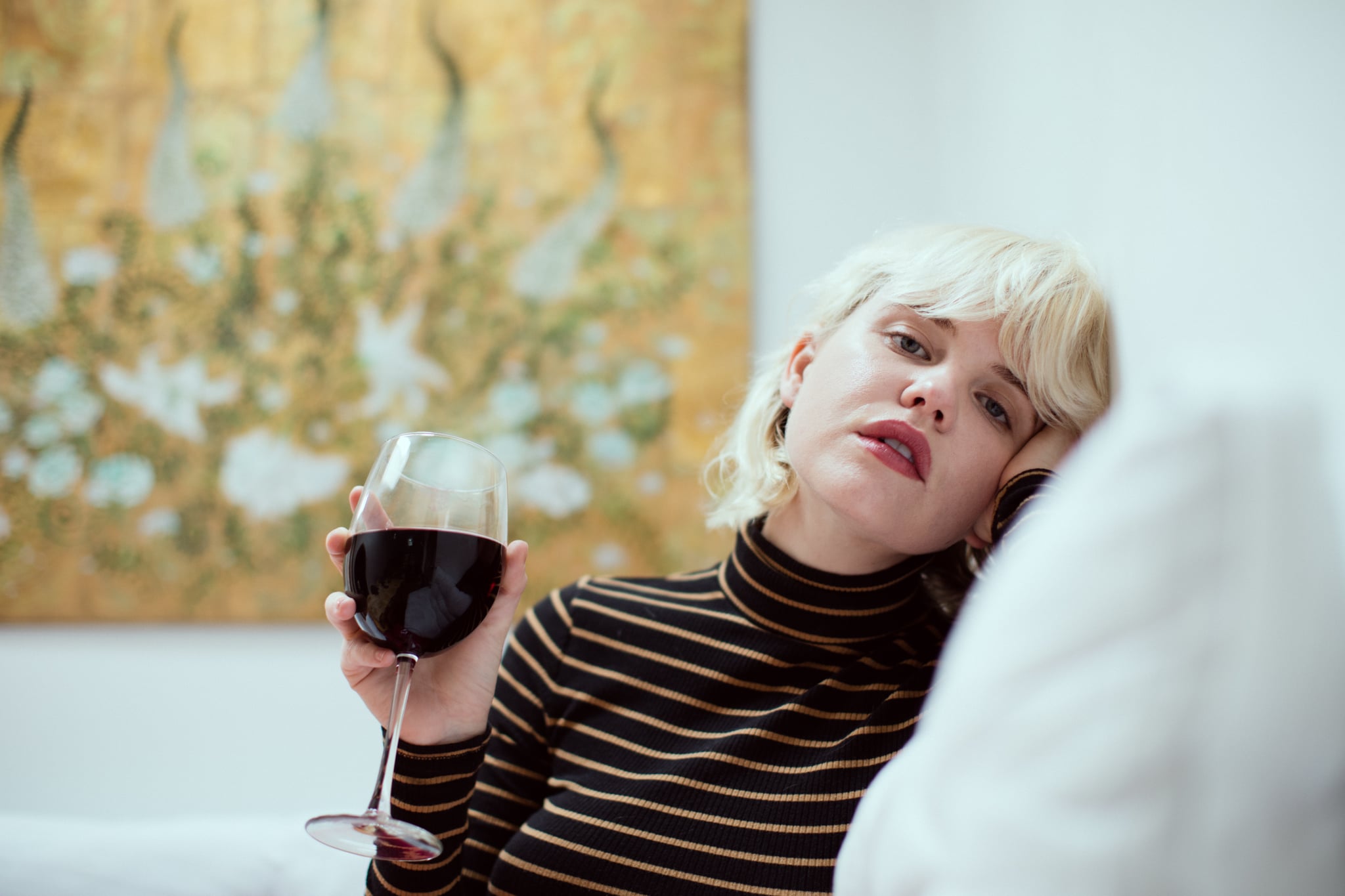 If having the occasional glass of wine to blow off the stress of everyday life is high on your list of favorite ways to unwind, you may be in luck if you're trying to conceive. A new study published by the American Society of Reproductive Medicine found that women who have a single glass of red wine once a week could possibly increase their odds of getting pregnant compared to those who don't. Wild, right?

The research, which was conducted at the University of St. Louis, looked at 135 women between the ages of 18 and 44 with no pregnancy complications, including any ovarian issues, fertility problems, or reports of chronic illness. They were asked to track their alcohol consumption over a 30-day period, each woman received regular ultrasounds throughout the month, and they all reported the amount and types of alcoholic beverages they had. The results were very telling indeed.

Related:
17 Excuses Women Use For Not Drinking Before People Know They're Pregnant

Experts found that women who drank beer, white wine, or hard liquor didn't see any significant change when it came to their fertility levels, but ladies who drank red wine saw an increase. The research concluded that the women who drank red wine had a higher reserve of viable eggs during the 30-day time period. They also discovered a baseline when it came to the number of servings per month that began to have an effect on fertility. The lucky number? Five glasses (or more) over a span of the month (FYI for anyone who was planning on buying one of those giant wine glasses that can fit the whole bottle: we're talking a six-ounce serving).

But before you break out the wine and cheese board, it's important to note that the study's findings actually go against the Centers for Disease Control's recommendations for alcohol intake while trying to conceive because it can increase your chance of the fetus being exposed to alcohol. As always, if you have any burning questions about fertility or conceiving, be sure to consult your doctor.

Baby Showers
A Halloween-Themed Baby Shower Can Be Both Spooky and Sweet — See How!
by Camila Barbeito 2 days ago

Hocus Pocus
Hocus Pocus Canned Wine Is Now a Thing, and You Can Buy It Online For Doorstep Delivery
by Victoria Messina 5 hours ago

Pregnancy
A Surrogate on Caring For a Couple's Baby Amid COVID Travel Restrictions: "I Honor Their Wishes"
by Murphy Moroney 5 days ago

Chrissy Teigen
Chrissy Teigen Is Put on Bed Rest After Misunderstanding What That Meant Last Week: "Now I'm in Trouble"
by Alessia Santoro 1 week ago