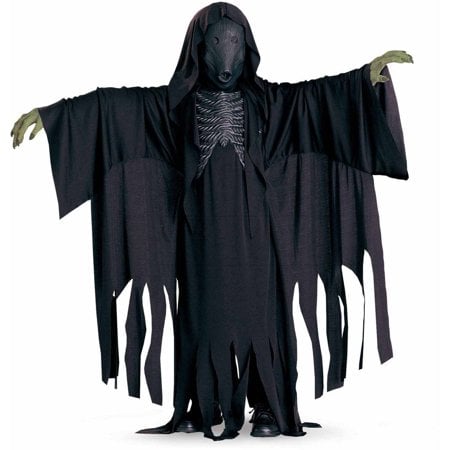 If you grew up being completely obsessed with horror movies just like I did, you know how important it is to have the scariest Halloween costume on the block. And while I admit that going trick-or-treating as the murderer from Scream four years in a row definitely wasn't the most creative choice, there's no denying I had a boatload of spooky fun going from house to house.

Got a kiddo who's eagerly awaiting the latest slasher flick to come out? Then they're probably game to dress the part on Halloween. Scroll through to get a peek at some seriously spooky costumes that won't set you back a whole lot of dough.