For Insanity founder Shaun T and his partner Scott Blokker, the road to fatherhood wasn't easy. Over a six-year period, the pair went through 12 pregnancy attempts, six egg donors, five surrogates, two doctors, and one miscarriage before they welcomed their twin sons Silas Rhys and Sander Vaughn in November 2017. The pair sat down with Parents to speak about their experience as dads so far and their eye-opening experience in getting there.

"We went through all the things that couples struggling with fertility go through: tests, doubt, grief, not knowing, waiting," explained Scott. Though the boys share the same egg donor, Sander is from Shaun's sperm and Silas is from Scott's sperm.

Related:
How I Came to the Difficult Decision to Have a Baby Through a Surrogate

Shaun and Scott's surrogate delivered the boys two minutes apart when they were 32 weeks, and they required a three-week stay in the NICU. "On their last night there, we had no monitors, no nurses, just us. I remember thinking, 'This will be a piece of cake,'" Shaun said. Unfortunately, the first few weeks of parenthood were, in fact, the opposite of a piece of cake.

"I was so wrong. They cried nonstop! . . . It was terrible," Shaun said jokingly. "We got into more fights than we'd ever had in our entire relationship." Scott added that he "even questioned whether we'd ruined our marriage by having kids, but it wasn't the kids. It was the not sleeping! No more than two hours of sleep at a time for weeks in a row is killer."

"Scott's dad told me, 'You're not coming into the babies' world. They're coming into yours,' and that made me eager to show them the life we live."

And when you have two babies — especially one who won't eat — the nights seem even longer. "We felt bad, but at 3 a.m. it was, 'Okay, who wants Sander?'" explained Shaun.

However, after parenting two little ones for more than a year and getting into a good groove, Shaun and Scott shared some go-to words they live by.

"I've received two great pieces of advice," said Shaun. "Scott's dad told me, 'You're not coming into the babies' world. They're coming into yours,' and that made me eager to show them the life we live. The second was from my grandfather, who was married to my grandmother for 56 years. He said, 'Never go to bed angry,' and we don't. The connectedness you feel at the end of the day is the driving force for how you wake up the next day, so every night we fall asleep holding hands."

As for whether or not more kiddos are in the cards for these dads, the option isn't off the table. "Man, once you have two, it's cool," said Shaun. "I think we could do this again." 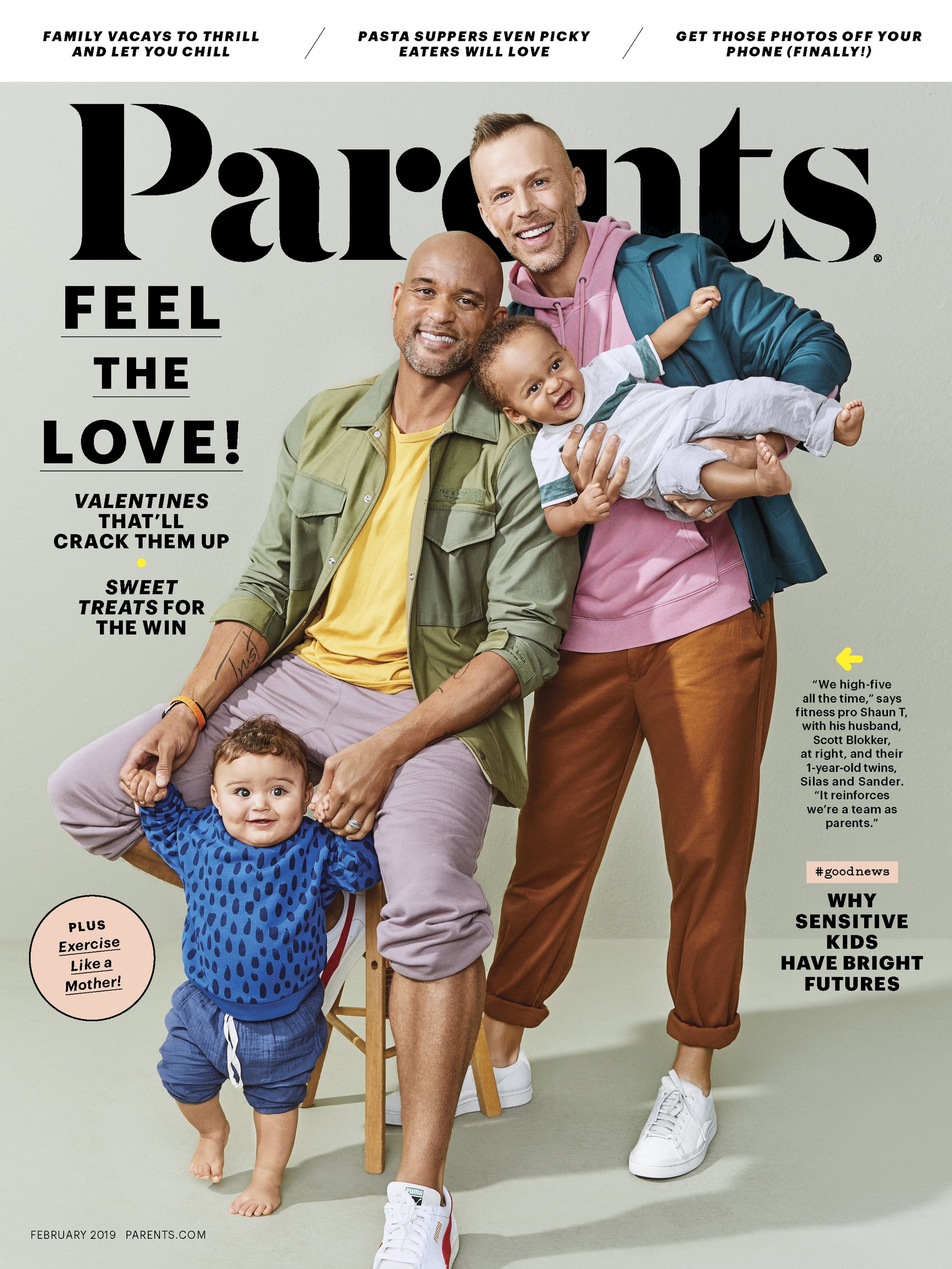