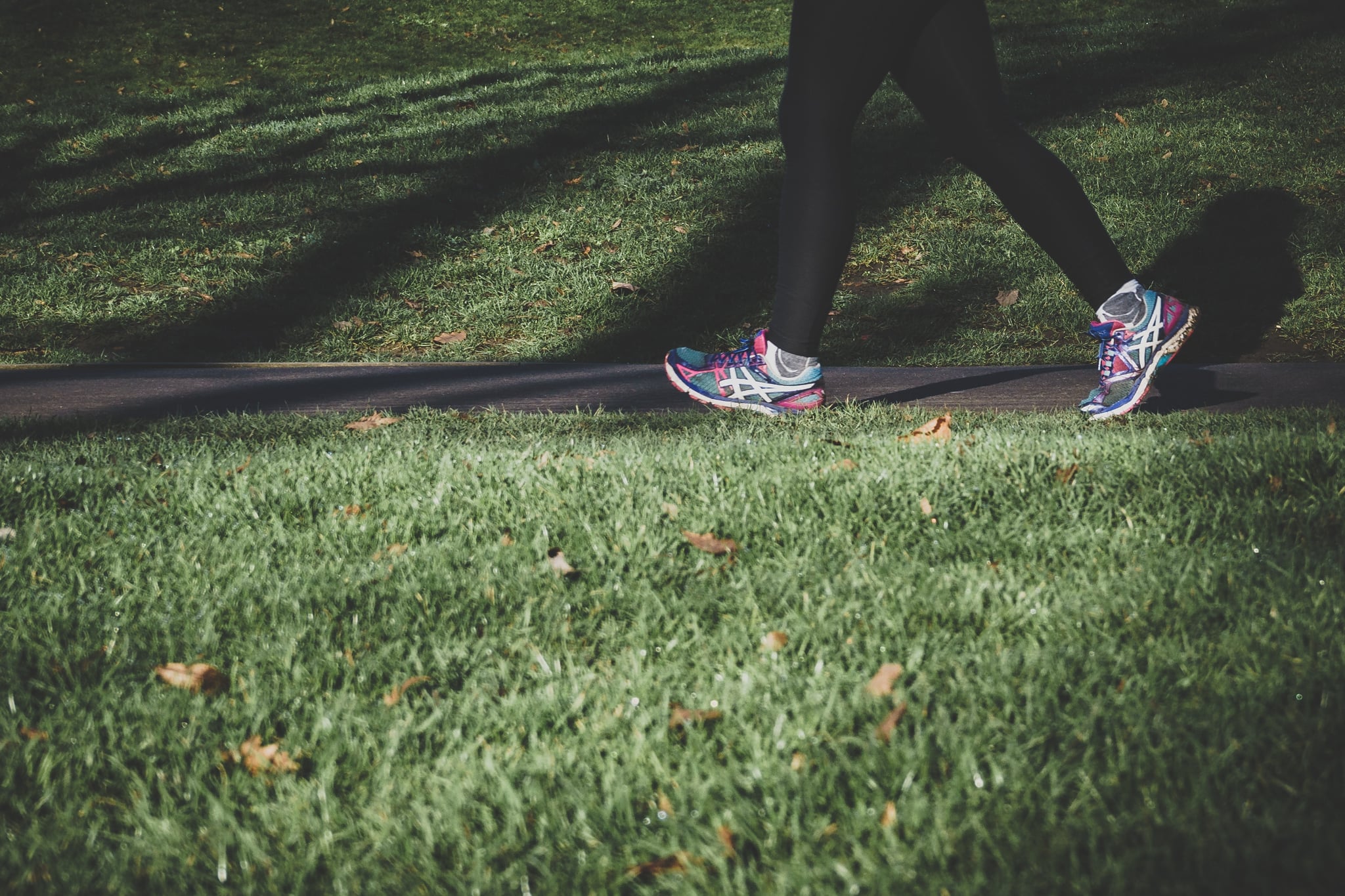 On multiple occasions my mom mentioned to me that I should buy a jogging stroller — in my second trimester, in my third, and even while I was recovering from delivery and not yet cleared for fitness. "You should really get a running stroller," she'd insist. "Ugh, no," I'd say quickly.

I'm a runner and come from a family of runners (well to be fair, they're runners, I'm a jogger), so she knew that I'd be itching to get back outside once my doctor gave me the go-ahead; she certainly wasn't saying it to give me postpartum body image issues.

I created a rigid perception of the mom I wanted to become.

But the reason I resisted wasn't because I was tired, and it wasn't even because I didn't want to drop the multiple hundreds of dollars on another hideous gizmo. It was because I created a rigid perception of the mom I wanted to become, and in that definition there was no room for an adjustable front-wheel tracking, state-of-the-art behemoth of a jogging stroller. Women who used those seemed, I felt, flashy. Like a middle-aged man in a bright red Ferrari who has to grunt every time he gets out of it. Running with an enormously long Bob stroller seemed more like an attention-seeking tool than an honest vehicle for fitness. I would not cave to the pressure.

But time went on and months flew by, and the opportunities for me to work fitness into my new life as a mother were few and far between. One morning I glanced at my running shoes in the shoe bin and felt an emptiness in my stomach. I missed them.

It was at that moment I went onto Nextdoor and bought a used Bob jogging stroller covered in dirt for $50. I hosed it down, tossed my daughter in, and took the Ferrari out for a ride. Not only did zero people look, gawk, or roll their eyes at me, but I felt fantastic. The run itself was awful — my knees ached and I hadn't fully rehabilitated my pelvic floor so I peed everywhere — but doing something I loved without restriction was, in a way, a reintroduction to living.

I feel foolish now for thinking that the jogging stroller was anything but an absolutely necessity. When I put my daughter in it and lace up my sneakers, it's not because we're spending quality time together, or because I want to flaunt whatever it is I'd be flaunting throughout my neighborhood. It's because I'm dying to go on a run and I can't just leave my daughter at home alone. The Bob is an absolute necessity in maintaining my sanity, and it's basically a babysitter on wheels.