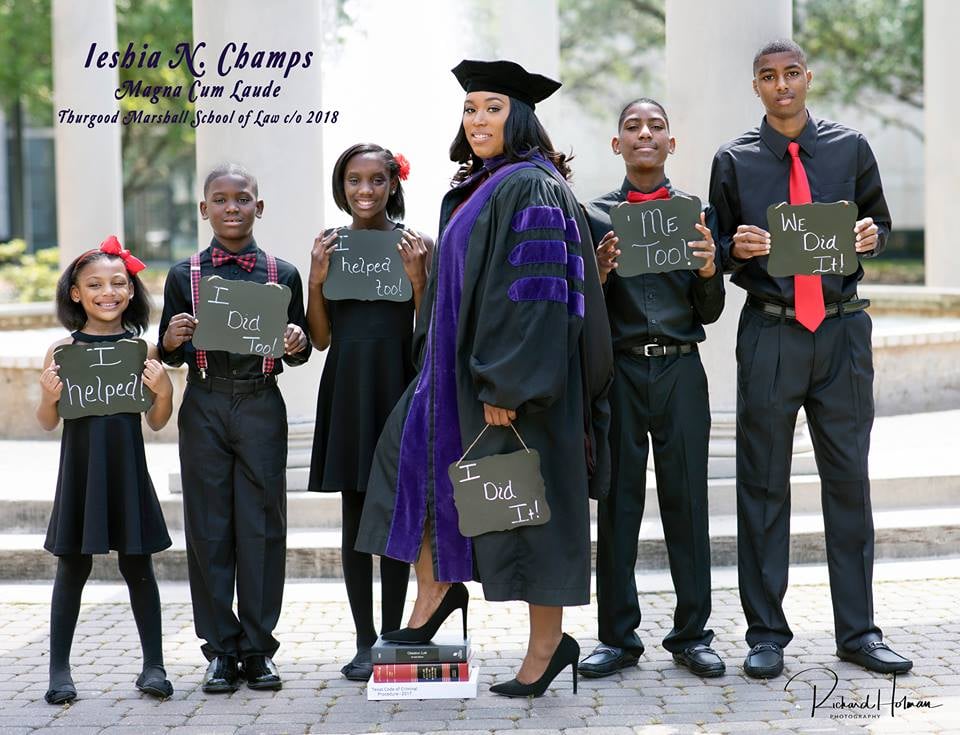 Ieshia Champs earned some serious bragging rights after finding out she's on track to graduate from Texas Southern University's Thurgood Marshall School of Law in May. And while a graduation is certainly an important milestone for anyone, Ieshia managed to accomplish this feat all while raising her five children as a single mom after her husband passed away from cancer in 2009 when she was pregnant with her fourth child. She decided to celebrate by having a graduation photo shoot with her children.

"I took the pictures with my kids because they helped me through school. They're graduating too!" she told CBS News. "They would help me review with flash cards while I cooked. They would sit as a mock jury while I taught them what I learned that day. I would sit in my closet and pray and cry because I was overwhelmed and my oldest son, David, would gather his siblings, give them a snack, make them take a bath, gather their school clothes, all to make things easier for me. And I had no knowledge of him doing that until I went to do it!"

Related:
Not Even Going Into Labor Could Stop This Mom From Finishing Her College Finals

She explained that her accomplishment was definitely a reason to celebrate given her tumultuous upbringing: she was taken from her parents and put into foster care at 7 years old, dropped out of high school, and became pregnant at 19.

"I really didn't have any stable guidance at that time," she said. "My mom was addicted to drugs. My dad was deceased. And I was homeless. I lived with friends or whoever would take me in. Then I got pregnant with the first of my five children, and things just went from there."

On the toughest days, she admitted she drew inspiration from the five smiling faces she sees every day. "When I look at them, I know there is no way I want them to go back to that. They are my reason to keep going." 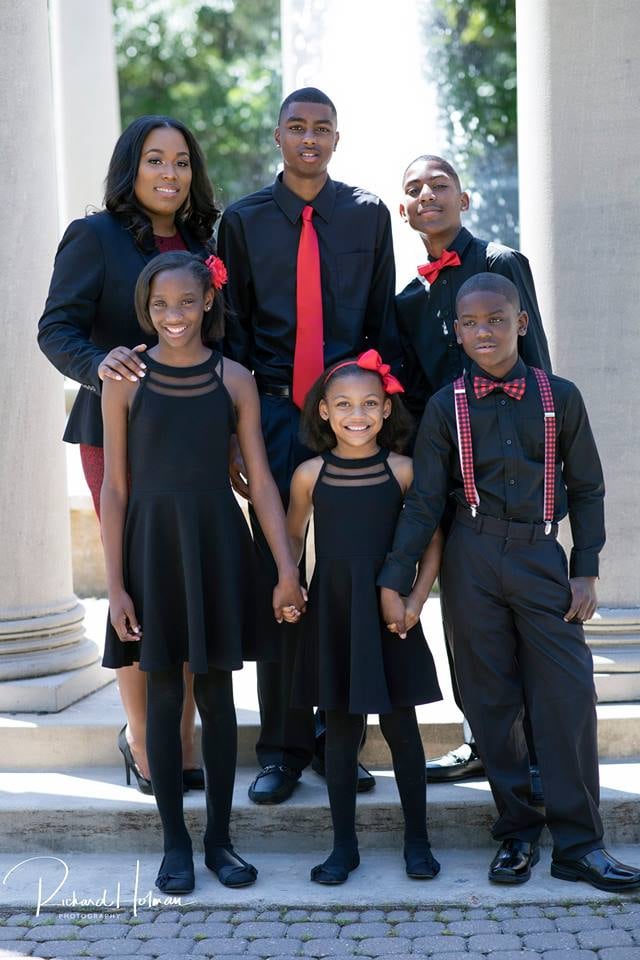 Babies
This In-N-Out Burger Newborn Shoot Will Have You Craving Fries in 3, 2, 1 . . .
by Murphy Moroney 14 hours ago

Lizzo
Lizzo's Body-Positive Moment Comes With a Metallic Cutout Swimsuit — Shouldn't They All?
by Sarah Wasilak 2 days ago