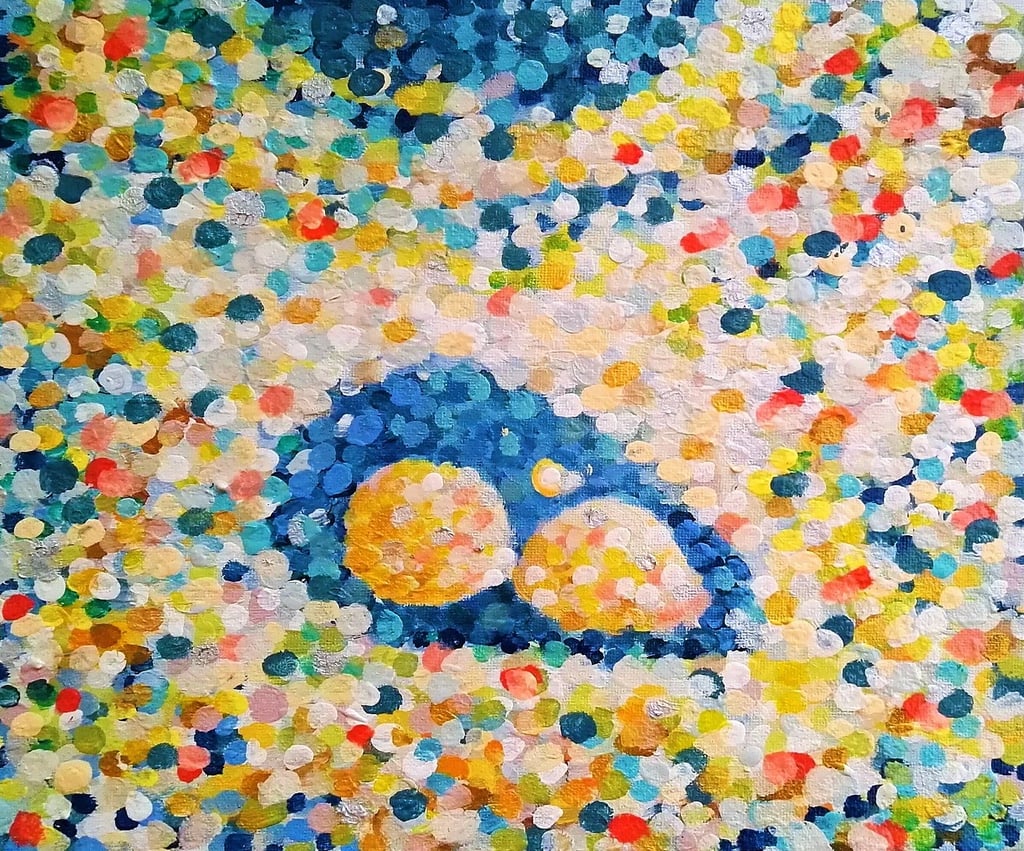 With both of my pregnancies, I eagerly arrived at the doctor's office for my ultrasound appointments only to feel completely disconnected from the image on the computer screen. Yes, it was the clearest shot I could get of the baby growing inside of me, but it was a grainy, black-and-white blob. (Or, with my second, a grainy black-and-white alien blob.)

If only I had known about Laura Steerman, an Irish mom of three who creates abstract sonogram paintings for parents. Although she doesn't consider herself a professional artist — she's a lawyer by trade — her now-successful business started as not even a hobby, but a moment of catharsis.

"It's emotional painting babies in the womb for families. No two experiences or babies are the same."

"I began by painting my own daughter's scans after several reduced movement scares," she told POPSUGAR. "Each scan showed she was doing just fine despite the lack of kicks, but I felt the gray, blurry images just didn't do her precious self justice. So I took out the paints at my kitchen table at home and got painting."

Soon, friends noticed her work and asked her to paint their children's ultrasound images as well. It wasn't long before she began taking official commissions as part of her business, Quaint Baby Bespoke Ultrasound Art. But, of course, it's not about the money.

"It sounds corny, but it feels like doing these paintings fed the soul," she told us, noting that just because sonograms might all look alike to some, she finds each one unique. "It's emotional painting babies in the womb for families. I have met so many wonderful people who have shared their stories with me. No two experiences or babies are the same."

Laura only accepts copies of sonograms ("I don't take originals as they're too precious!") for custom requests, often has a quick two-week turnaround, and ships worldwide. She explained that parents tend to ask for a painting that depicts their unborn baby's personality.

Some moms say theirs is active, always kicking, and "those babies are painted with vibrant, bold colors with plenty of movement." On the contrary, more placid fetuses tend to get pastels and gentle paint strokes. And even others ask that the painting fit a nursery motif or be a complete surprise.

In addition to the more typical, memory-making commissions, she has painted the sonograms of unborn babies who already had life-affirming experiences before they were even born. For instance, one client came to her with an ultrasound taken immediately after the mom-to-be breathed in fumes following the Brussels airport bombing in 2016. Both mom and baby were fine, and the culminating piece "represented the joy of travel, undeterred by fear and hatred in the world," Laura said.

"A lot of moms are stunned to remember that baby grew in their tummy and they shared this remarkable time so closely together."

She painted the scan of a woman who "found out she had uterine cancer while pregnant, which is what saved her and her rainbow baby's life." She even painted the scan of a baby who was lost during pregnancy, and it served as a touching memorial to the mother who would never get another image of her child. It also inspired Laura to collaborate with Irish charity Féileacáin, which supports parents who've suffered miscarriages — so now, a percentage of every painting's proceeds is donated to the organization.

Her goodwill doesn't end there. Just recently, she'd read about Nicole Taylor, a mother who found out from a scan that she was expecting identical twins who both had Down syndrome — the odds are less than two in a million — and surprised her with a painting of her two beautiful girls. 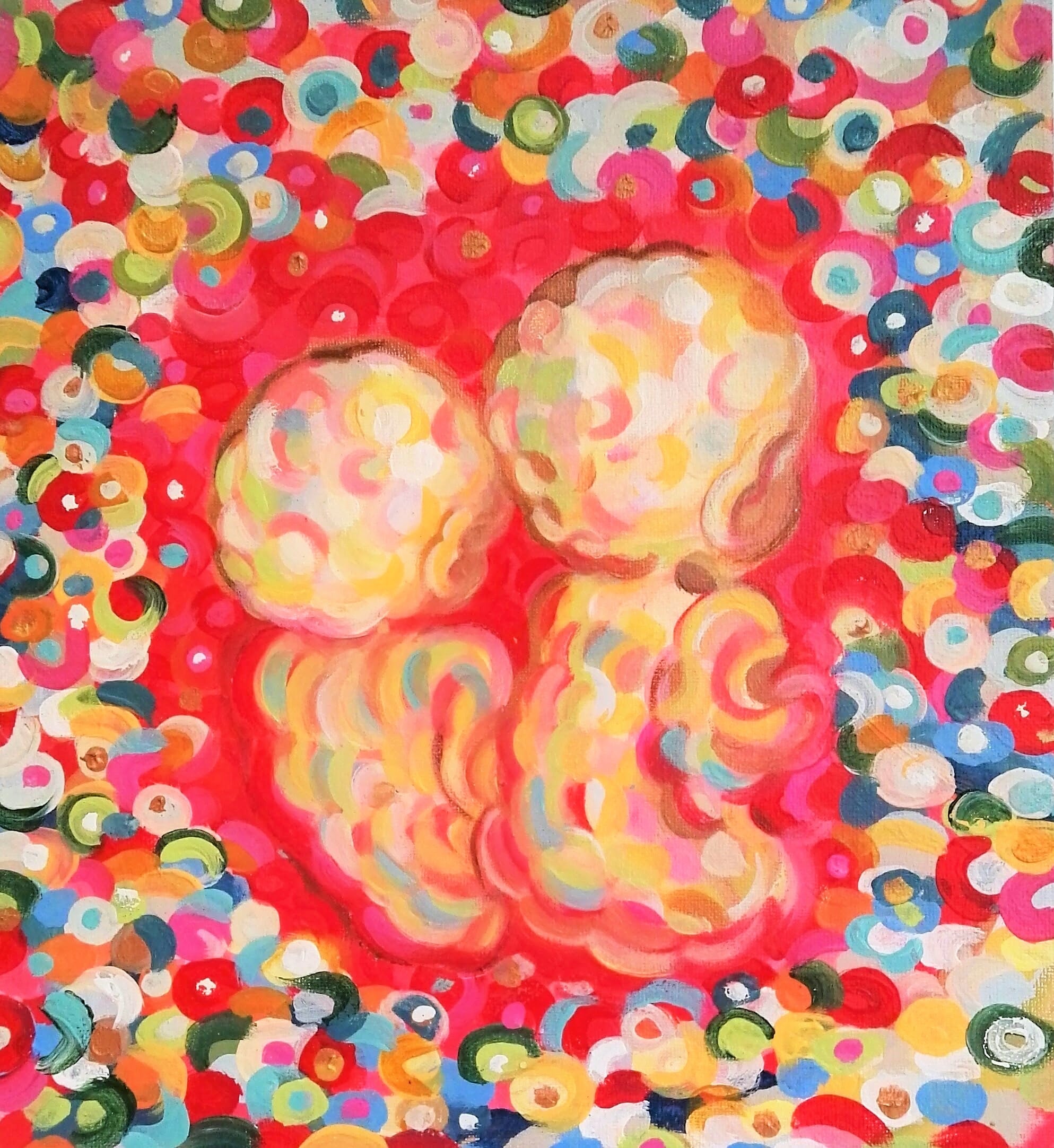 Still, even as she turns otherwise cold, stark three-inch-by-five-inch sonograms into jaw-dropping works of art, Laura attributes the global rave reviews to the subject matter itself.

"That's why the paintings have become so widely shared," she told POPSUGAR. "It's capturing memories, emotions, personalities, and parenthood in a painting. A lot of moms are stunned to remember that baby grew in their tummy and they shared this remarkable time so closely together."

She added, quite modestly, "It's their baby and their masterpiece."

Read on for a sample of Laura's beautiful work.