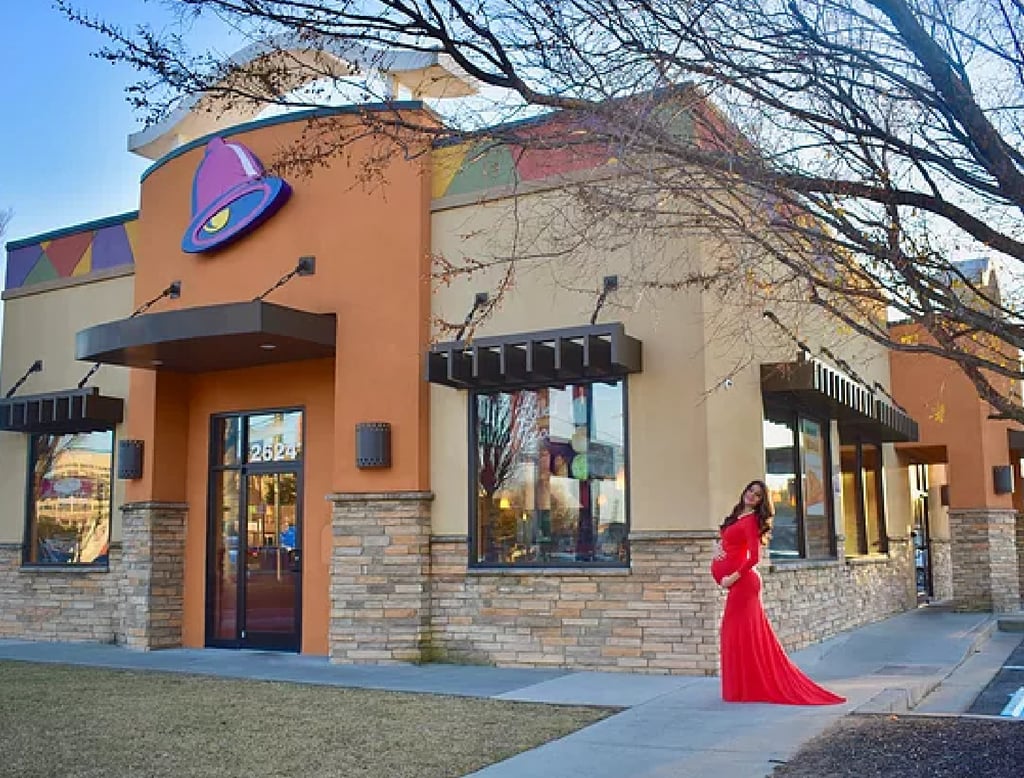 Kristin Johnston is a woman after my own Taco Bell-loving heart, so it's no surprise that of all her pregnancy cravings, Taco Bell was the most persistent. When it came time to snap some maternity photos before her second baby arrived, Kristin knew she wanted to do something special, as she loves maternity photos, but because her love of the Bell is so strong, she abandoned the idea of photos atop a mountain to pose in front of a Taco Bell in Atlanta.

"I absolutely love maternity photos, the beautiful moms-to-be standing on a beach or atop a snow covered mountain, but after spending as much time and money at Taco Bell as I have during this pregnancy, I knew it was the place for me," Kristin, my new idol, told POPSUGAR. "I have always loved Taco Bell but have craved it so much, especially the last few months! My husband also equally likes it, so it was always a win for us both!"

Kristin and her husband have since welcomed their little burrito — I mean, baby — who is named Teddy. "We call him Teddy Bear — TB . . . Taco Bell — but I assure you it is all a coincidence!" she said. We hope Teddy enjoys Taco Bell as much as his mama does in a couple years' time — it is basically his namesake, after all.

Scroll through Kristin's incredible maternity photos ahead and please excuse me while I go hit up the nearest Taco Bell myself, as I have cravings to attend to.

Related:
The Story Behind This Taco Bell-Inspired Smash Is Sweeter Than Any Cake
Previous Next Start Slideshow
Parenting HumorPregnancyTaco Bell