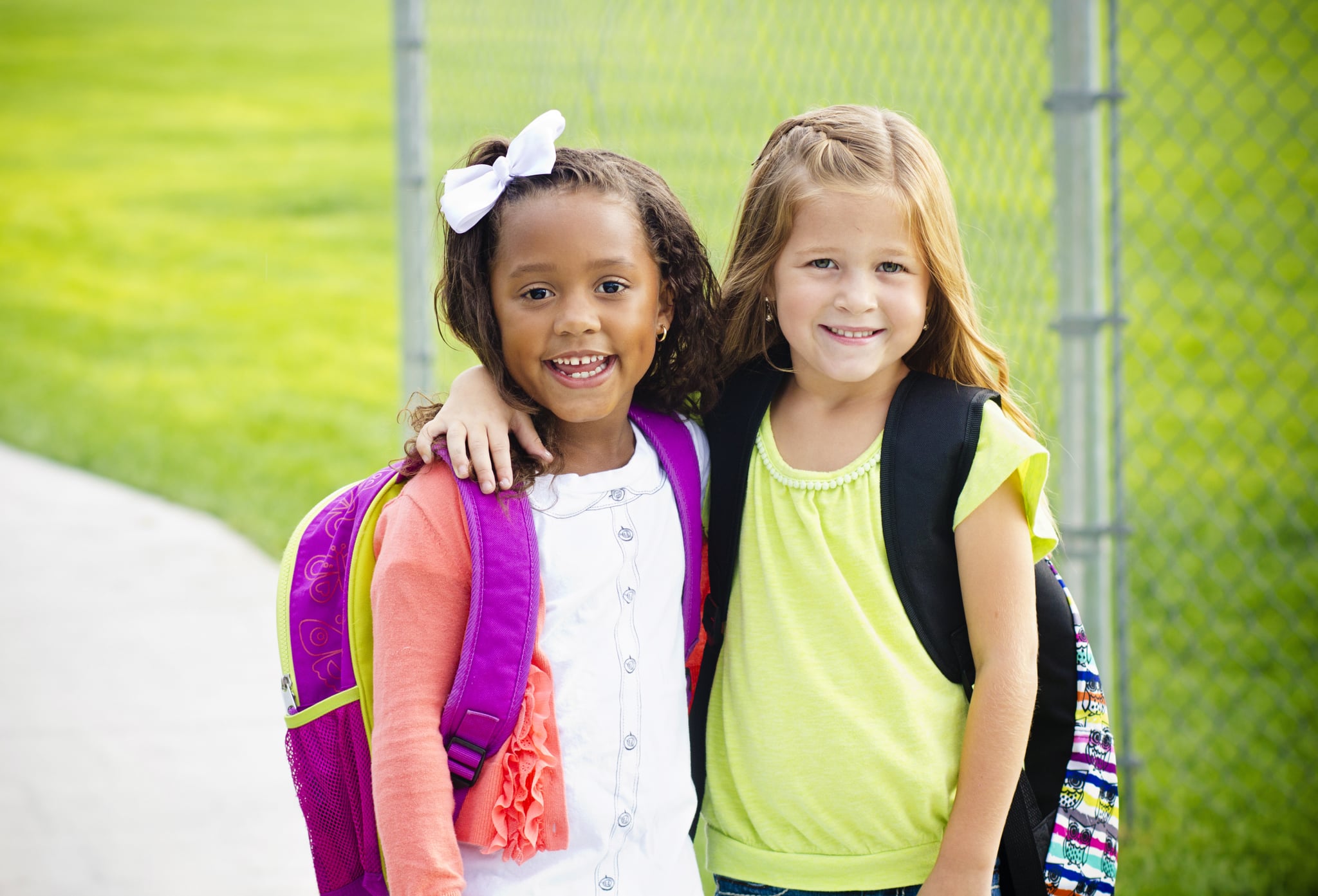 I'm a little ashamed by the naive notions I once held regarding how I would raise my children when it comes to race. It was all rose-colored glasses and singing "Kumbaya" around the campfire while I told my little white babies that we are all the same on the inside and that color doesn't matter.

I think a lot of us (by "us," I am referring to young, white parents) who grew up in the '80s and '90s felt that we were doing the right thing by acting as if we couldn't see race and only saw people for who they were internally. Even now, I have a hard time describing someone by the color of their skin because it is so ingrained in me that it is wrong to classify people in such a way.

This is called being "colorblind," and guess what: it's not a good thing.

It's actually quite dangerous to pass this ideology on to our children in lieu of doing the hard, sometimes uncomfortable work of teaching them how truly important race is to our country's past, present, and future.

Whether we want to admit it or not, racism is alive and well (for lack of a better term) in America. And it is not, in all cases, the blatant displays of racism that we need to be worried about. It is the institutional discrimination and the prejudice in our own communities that we need to be aware of. By turning a blind eye to these injustices instead of fighting against them, we are doing our children, not to mention those Americans who are discriminated against, a disservice.

We all see skin color, and we can't pretend that we don't. Our children are smarter than that. If, out of embarrassment, you "shush" them enough times when they ask, "Mommy, why does that woman's skin look darker than mine?," they will learn to stop asking. They will learn that being different is bad and shouldn't be talked about. We may be unknowingly nurturing biases that will stick with them for the rest of their lives.

We can't shut down our children's curiosity when we can use it as a learning opportunity. We can't fight against something by ignoring it. Our children need to know the struggles that American minorities still endure to this day because of the color of their skin.

So, what can we do? Discussing skin color can open the door to discussions on ancestry, culture, and even the history of racism in our country. Being different does not mean being unequal. We can't just talk about acceptance, though; we have to embody it.

Look at your group of friends and also the friends your children play with. Is there diversity within this group? If not, ask yourself why, and then see what you can do to change it. A 2012 study in child development shows that children's attitudes toward race are influenced by their mother's cross-race friendships. We can foster acceptance over bias from an early age just through our own interactions.

We also need to ensure that our children are receiving an honest, thorough education on race and culture in school. If your children's schoolbooks or lessons are simply glossing over (or revising) the racist atrocities of our nation's history, speak up.

Join a peace gathering. Find books or online resources that will help you to feel more comfortable discussing race and racism. If you or your child encounters racism, have a real discussion about what happened and how it's wrong. Don't be colorblind. We can't solve a problem by pretending it isn't there.

Little Kids
I Couldn't Decide Which Homeschool Style I Liked, So I'm Combining the Best Bits
by Angela Anagnost-Repke 5 days ago