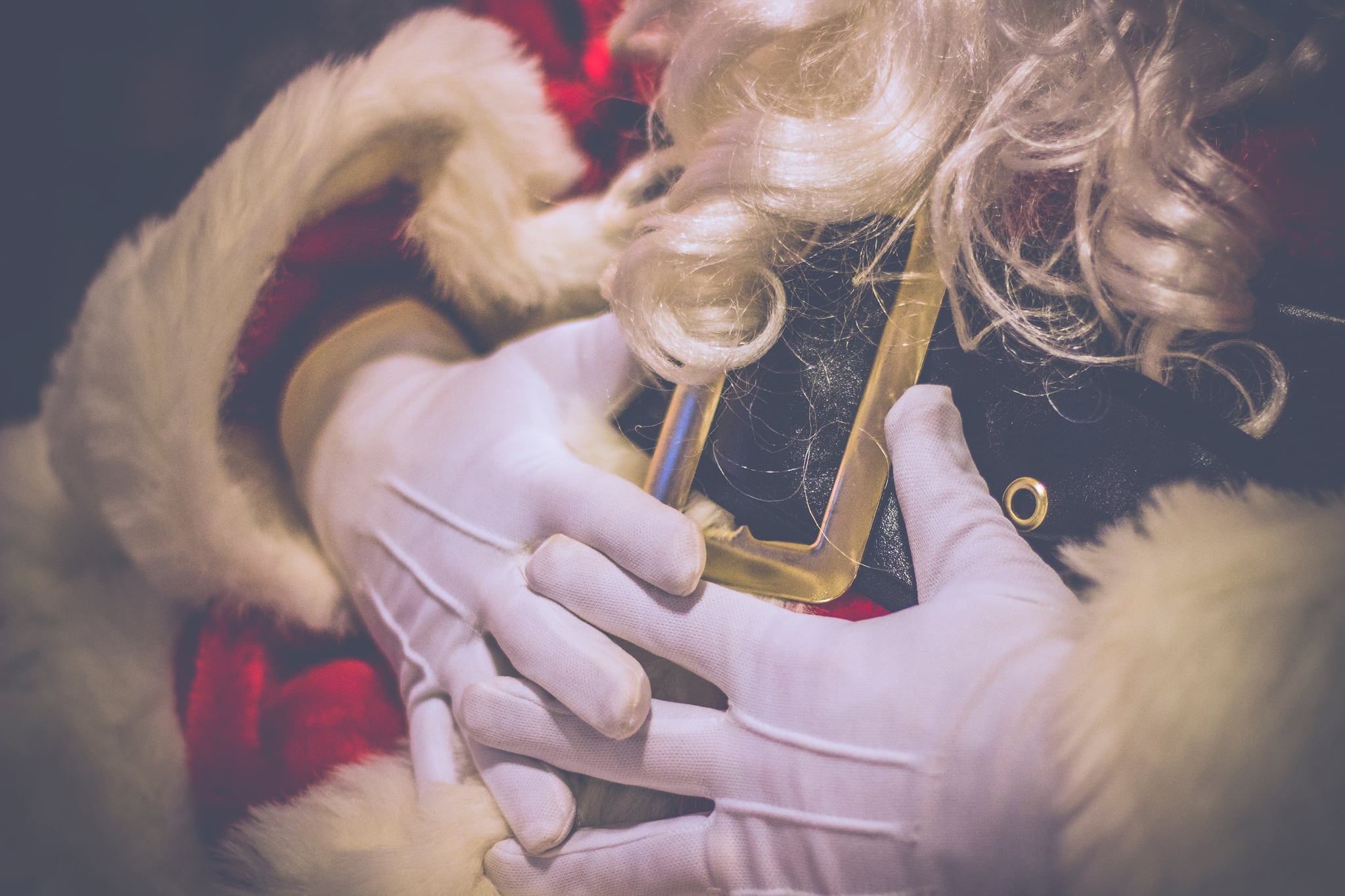 It's never easy, but there are a few poignant ways to tell your curious children the truth about Santa Claus. There's the classic, sweet "Santa is all around us" message about how he's more of an embodiment of the Christmas spirit than a jolly man from the North Pole, but we just discovered a new twist on such a conversation. It's started to circulate on Facebook, it's utter genius, and it's likely a method you've never even considered before. But trust us when we say, that when your kids reach that fateful age, you'll have this conversation ready to go:

In our family, we have a special way of transitioning the kids from receiving from Santa . . . to becoming a Santa. This way, the Santa construct is not a lie that gets discovered, but an unfolding series of good deeds and Christmas spirit.

When they are 6 or 7, whenever you see that dawning suspicion that Santa may not be a material being, that means the child is ready.

I take them out "for coffee" at the local wherever. We get a booth, order our drinks, and the following pronouncement is made:

"You sure have grown an awful lot this year. Not only are you taller, but I can see that your heart has grown, too [point out two to three examples of empathetic behavior, consideration of people's feelings, or good deeds the kid has done in the past year]. In fact, your heart has grown so much that I think you are ready to become a Santa Claus. You probably have noticed that most of the Santas you see are people dressed up like him. Some of your friends might have even told you that there is no Santa. A lot of children think that, because they aren't ready to BE a Santa yet, but YOU ARE."

Then, have your kids tell you the best things about Santa and what he gets for all his trouble [lead the kid from "cookies" to the good feeling of having done something for someone else].

Make sure you maintain the proper conspiratorial tone.

We then have the child choose someone they know – a neighbor, usually. The child's mission is to secretly, deviously, find out something that the person needs, and then provide it, wrap it, deliver it – and never reveal to the target where it came from. Being a Santa isn't about getting credit, you see. It's unselfish giving.

Pretty incredible, right? Not only does this keep the magic of Santa alive without kids feeling as if they've been told a lie, but it has the added benefit of giving them a practical way to encapsulate the same values of generosity and selflessness. Plus, it rather neatly clears up all those pesky rumors they likely hear at school or on social media.

Read the whole concept here, which includes a pretty touching example of how one kid's first mission as a Santa was to give a pair of slippers to the "horrible witch lady" around the corner. It also explains how older siblings can help "induct" younger kids into the secret of being Santa.