Mom and blogger Kristy Kemp of Breastfeeding Mama Talk asked breastfeeding mothers from all over to share the one thing they're absolutely sick of hearing. Here are their answers. 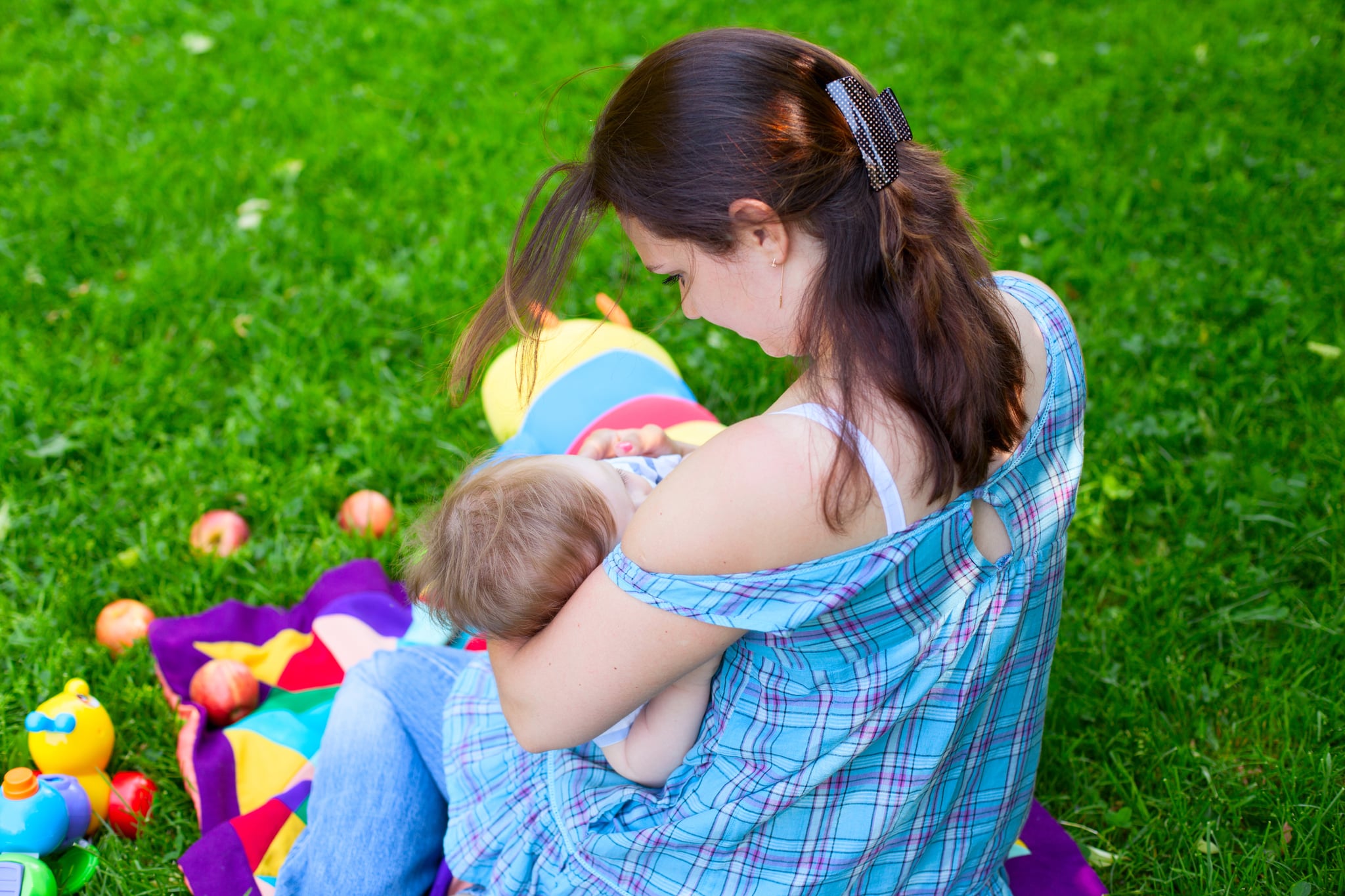 Breastfeeding, sadly is a controversial topic, so people are under the assumption that they can pretty much say whatever they want about it, and that it wouldn't faze someone since it's such a debated, talked about topic. Yet with any other parental topic people aren't as bold as to put forward their two cents, especially in person. But when it comes to breastfeeding, people just assume it is a free for all. The truth is some comments do hit a nerve to breastfeeding mothers or those who donate milk. Just like with any other parental topic saying some of these things can really upset someone and affect them in a bigger way than you may think. I asked a group of women from my Facebook page Breastfeeding mama talk to tell me some things that they hate to hear as a breastfeeding mother or milk donor, and boy was I in for a surprise, to see so many responses. Here is a list of some of the pet peeves I felt was the popular choice between the group of girls.

That should be one of the obvious things you would think everyone would know is an offensive comment to make to a breastfeeding mother. Especially if the mother is breastfeeding a toddler or has plans on letting her child self wean. The truth is breast milk NEVER loses its nutritional value and the child having a birthday doesn't just take away all those great nutrients breast milk offers. The world health organization recommends to breastfeed all the way up to the age of two and beyond. So the next time you see a toddler nursing, insinuating that the milk they're consuming at the moment is of no nutritional value, may not be the way to go.

Breastfeeding is often blamed for drooping breasts, but it's not breastfeeding itself that causes breast ptosis: sagging is actually the result of pregnancy and other influences. During pregnancy, your breasts undergo changes and grow larger to prepare for breastfeeding your baby. After the baby is born, breast milk fills your breasts, stretching the skin even more. So once the milk is gone, your breasts may appear smaller, less full and even saggy. This can happen whether or not you decide to breastfeed. Okay so there you go you no longer need to point out the fact that someone has saggy boobs or that if she continues to breastfeed she will have saggy boobs, it would happen whether she were to breastfeed or not. But even so when a mother makes the choice to breastfeed you can bet she knows more about it than you so if it does cause saggy boobs, she knows about it already, and obviously doesn't care.

3. "I don't get what makes breastfeeding the best bonding experience a mother could have."

Of course breastfeeding is a bonding experience for both mother and baby and anyone to think or even state otherwise either doesn't have any kids or is jealous because they weren't able or chose not to breastfeed their own child. A breastfeeding mother feels a bond for many reasons. For one their baby solely relies on the milk their body is making to survive, if that isn't a bond, then what is? Another is the fact that baby stays close to mommy at all times especially if she is exclusively breastfeeding and/or doesn't use a pump. For the most part breastmilk is something only a mother can provide (unless of course receiving donor milk) so that would give a sense of pride. To be able to provide the best nutrition possible that even man cannot create and put in a can. So you may want to tread lightly when saying something that could feel like you're depreciating what breastfeeding means to a mother.

Breastfeeding especially a newly breastfeeding mother may struggle from time to time. Latching doesn't always come easy for everyone and the last thing a breastfeeding mother needs to hear when she is having latch issues is to just give him a bottle. Not that introducing a bottle is horrible but that is the last thing you want to do when you're having issues. It is much easier for a baby to suckle milk out of a bottle than it is from a breast. So if the baby gets used to the ease of a bottle they will have a harder time with getting a proper latch in the future. Most likely the breastfeeding mother already knows this, as it's the number one thing they tell new moms. So to hear somebody say to just give him a bottle as if it isn't that big of a deal, best believe that it is a HUGE deal to mom and could potentially damage the breastfeeding relationship. So maybe your intent may be pure, saying something like that just causes more harm than it does good.

This is a tricky one because you may feel like saying that is a compliment to a woman. You could be coming from a good friendly place, but face it a new mom, no sleep, baby on the boob every hour to hour and a half the last thing she wants to hear is how big breastfeeding is making her boobs look. Pregnancy can have an effect on many woman in regards to the physical appearance so big breasts as a result you'd think would be one of the best and maybe to some it is but for many others their back aches, boobs leak, & they're sleep deprived the last thing they care about is what their boobs look like. Nor do they want to feel that awkward encounter that some stranger or even friend is staring at their ta ta's.

6. "Are you sure baby is getting enough to eat? Seems like she is on your breast all day/night long!"

Yes, and I'm sure the breastfeeding mother you just told that to also feels as if her baby is on her breasts all day/night long she doesn't need a constant reminder from an outsider. Implying that her baby isn't getting fulfilled by her milk is offensive, even if you don't intend it to be. The fact is it is perfectly normal that a baby feed every 1-2 and a half hours. Newborn bellies are tiny and breastmilk is digested fast, way faster than formula digests so to someone not familiar with breastfeeding it may seem abnormal but I can promise you it is most certainly normal and it doesn't mean baby isn't getting enough breast milk or that mom's milk isn't filling.

Really anything that comes after a but a breastfeeding mother hears blah, blah, blah. Most likely it would be "but I really think you should cover up." Of course that is one of the most common annoyances in breastfeeding, yet still day after day people still say it. If mom isn't using a cover she has her own reasons and she doesn't need to justify why, it is between her and baby and what makes them most comfortable. So stop saying it because I doubt the comfort of a complete stranger is on a nursing mama's mind when feeding their hungry baby.

8. "Oh my goodness, you don't pump?! How is anyone else supposed to help with feedings?"

This is a common one too believe it or not. A mother choosing to exclusively breastfeed without a pump isn't doing anything wrong so stop implying that her not wanting to pump is. A mother should be getting praised not beat down over the fact that you wanted to take over a feeding or two, so stop being selfish. She will be having her hands full worrying about baby's needs and wants she doesn't need to worry about hurting daddy's or a friends ego because they can't help with feedings. If she chooses that route well good for her! She deserves praise not judgments.

9. "When do you plan on introducing formula to baby's diet?"

Saying something like that is implying that breast milk is just a temporary option and sooner or later she will use formula. Most breastfeeding mothers go into breastfeeding wanting baby to only consume breastmilk. And the thought that formula would need introducing would mean that she failed at breastfeeding. (Not that it's really the case but that is how a mother feels.) Also saying something like that implies that her breastmilk is only the "alternative" to formula when it's the other way around formula IS the alternative.

10. "Wait you're pregnant with your second and you're still breastfeeding your first? How does that even work, is that safe?"

Women continue to nurse their first child even when expecting the second it really is not that bizarre of a thing. It's perfectly safe to do. Many mothers not only continue nursing during pregnancy but also "tandem nurse" — that is, breastfeed both their newborn and their older child. Breastfeeding has turned into this taboo thing so it seems like anything seems shocking to someone who is uneducated about breastfeeding.

A lot of women these days are doing the "self wean" approach basically it's letting the child breastfeed until they are ready to stop, basically not forcing the issue. It may feel like a judgment to someone who isn't going to wean, and may make her very uncomfortable. Since breastfeeding is such a controversial topic you may not intend to judge or imply things, but I can almost guarantee she will feel you are. Breastmilk never loses nutritional value so I don't blame them for not wanting to rush weaning.

12. "Formula is just as good as breastmilk why should I put myself through so much stress?"

Formula to put it kindly is NOT just as good as breastmilk and it sickens me that people actually think that. In fact, I used to be one of those people. Breastmilk offers far more nutritional value than formula does. Yes formula will keep your baby alive and offer baby nourishment, but there is far less benefits to formula then there is to breastmilk. To name a few of these benefits is Breast milk contains immunities to diseases and aids in the development of baby's immune system, Breast milk is more digestible than formula, protects against Crohn's disease, protects baby against diarrheal infections, and so much more so many to name that it would need its own blog post so I don't want to steer away from the point of this blog.

I was shocked to see how many women had something to comment about their pet peeves of things they hate hearing, and most of those remarks came from complete strangers! Although you may not have intended harm if you ever said or implied any of the above, it most likely struck a nerve with the nursing mother you said it to. Breastfeeding mothers feel like they are the "outsider" enough as it is thanks to society and their assumption that breastmilk is second to formula. 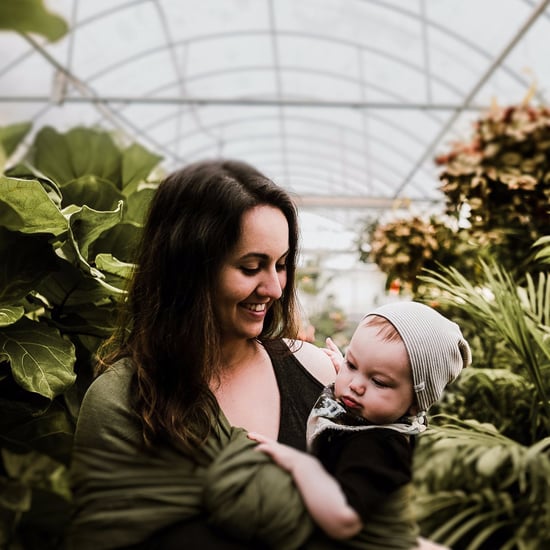