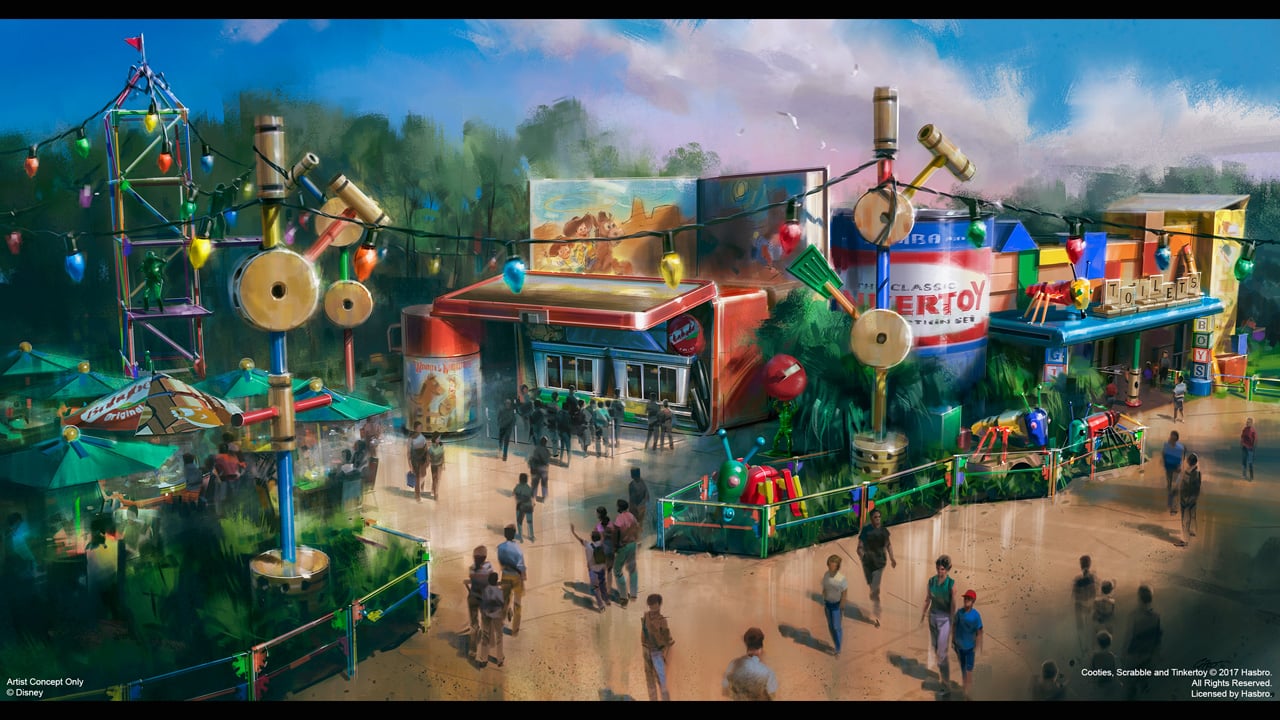 A Slinky Dog roller coaster, Alien Swirling Saucers, and so much more: Walt Disney World's new Toy Story Land at Hollywood Studios promises to be an immersive adventure that will make the park even more of a fan favorite than it already is.

Now, we have a peek into what the experience at the Toy Story Land restaurant, called Woody's Lunch Box, is going to be like. Disney released the first concept image of the new addition, as well as some fun details.

"Guests will shrink to the size of a toy and explore all of the fun (and toys!) Andy has constructed in his backyard," Disney says. "This story continues at Woody's Lunch Box, where Andy has used his lunch box and thermos to create a walk-up quick-service window that will serve up tasty meals and old-fashioned soda floats. In the rendering above, you can see that Woody's Lunch Box — like the rest of Toy Story Land — has been adorably strewn about with some of Andy's favorite toys and items from his lunch. You can even spot a green army man on a nearby lookout tower, keeping watch for Andy's return."

Stay tuned for more details — and menu news — to come. Toy Story Land is slated to open June 30, 2018, so the countdown begins now!