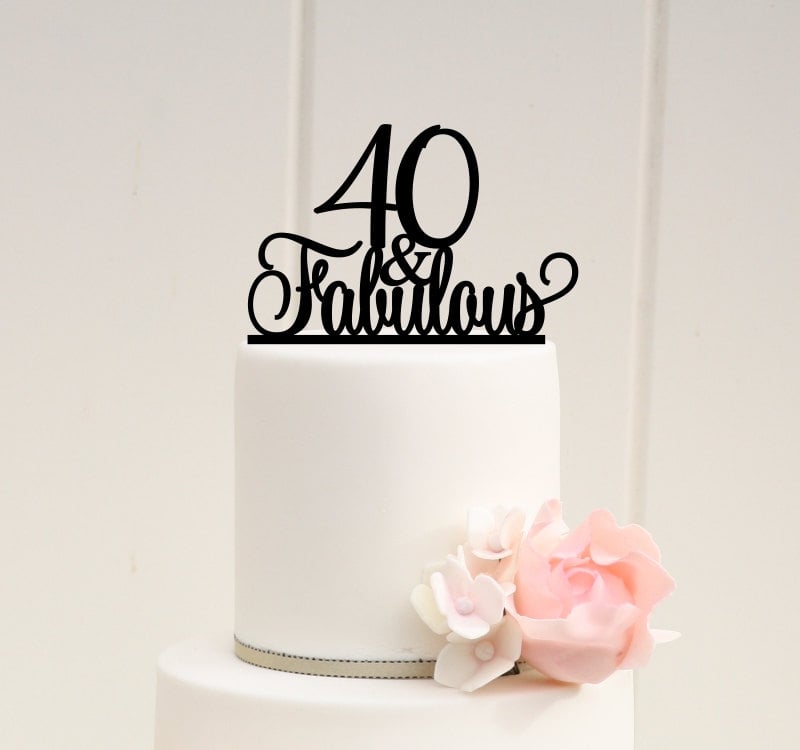 I have vivid memories of my mother turning 40. She seemed strong and confident and appeared to float through the routines of motherhood, marriage, and friendship with ease. I hadn't thought much about approaching the milestone birthday myself until last year, when all of my friends — I mean ALL of them — started sharing Allison Slater Tate's "This Is 39" essay. It felt like she had crawled inside my head and put my thoughts on paper.

It's not that I didn't realize I was aging — 20-year high school reunions and the like will do that for you — but somehow, since I had my first son, I've simply forgotten how old I am. In my mind, the numbers just kind of stopped at 30 when I gave birth to him. In fact, when figuring out my age, I often figure out his first. I'm not saying I've been faking this whole parenting thing for the past nine years, but in many instances, it hasn't exactly felt real. It's almost felt like I've been a player in a sitcom acting out the role of my parents — a 29-year-old playing the role of a responsible adult.

But here I am today surrounded by cards and a Facebook news feed full of reminders that today I am in fact 40. So here's what 40 is to me today.

Forty is NOT that Paul Rudd and Leslie Mann flick that had me so depressed I actually cried on a plane. In the few hours that I've been experiencing it, it's good — damned good. My mother-in-law tells me that her 40s were her favorite decade — she felt like she had gotten the hang of this parenting thing, was financially secure enough not to be constantly worried, and just felt good about life. Forty is finally admitting you're a grown-up, but it isn't dead — 40 is fabulous!