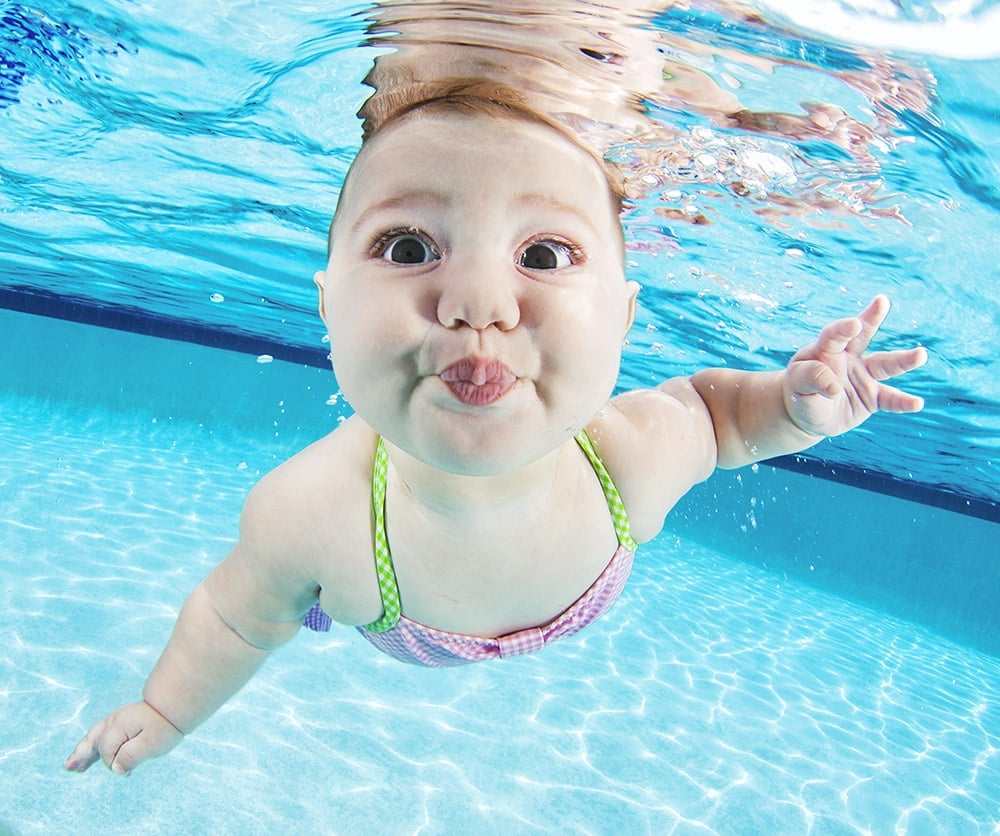 These Photos of Babies Underwater Will Leave You Breathless

We didn't think it could get any cooler than the striking photos of pets in pools for the 2014 book Underwater Dogs, but the intrepid photographer behind those wet snaps is at it again. And this time, babies are taking the plunge.

Armed with his waterproof camera and alongside parents and swimming instructors, Seth Casteel photographed more than 70 toddlers as they explored this new aquatic world, some for the first time. The chubby-cheeked shots were for his latest hardcover book, Underwater Babies, which captured the tots at their purest and most playful. But in doing so, he also raised awareness of the need to teach children to swim at a young age.

"Through advocating water safety for pets, I became aware that water safety for children was also a very serious issue," said Casteel, who noted that drowning is still the leading cause of accidental death for children under the age of 5 in the United States. "Infant swimming lessons can help to reduce the risk of drowning by up to 88 percent. I hope these photos inspire a conversation among parents, which may present an opportunity to educate them about lessons and the associated benefits."

For now, see how Zoe, Warren, Emerson, and Casteel's other underwater babies really make a splash.

Previous Next Start Slideshow
BabiesHealth And SafetyParenting News
Around The Web

Babies
These Disney Pregnancy Announcements Feature Baby Yoda, Woody, and Beyond!
by Murphy Moroney 11 hours ago

Babies
Gigi Hadid Shared a Rare Photo of Her Baby on Instagram, and It's Totally Adorable
by Navi Ahluwalia 18 hours ago