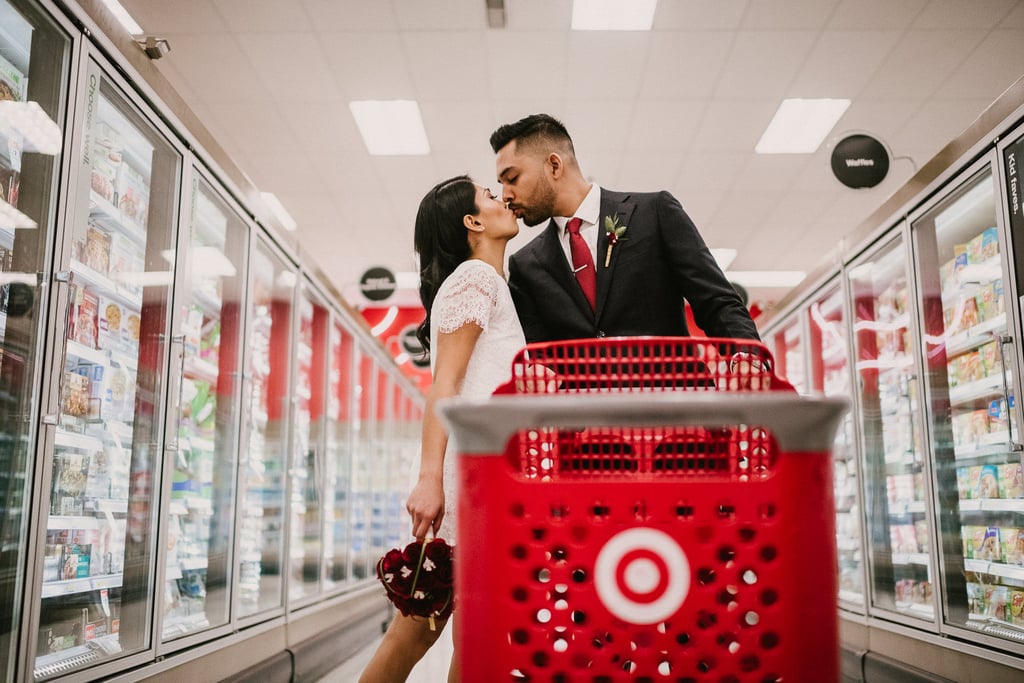 When it came time to decide on where to have their weddings photos taken, it was a no-brainer for Isabella Sablan and her soon-to-be husband, Michael Delvalle: they would take them in their local Target store, of course. Isabella told POPSUGAR that although the idea started off as a joke, after a few months, the couple started to seriously consider the idea.

"When we first got engaged, I jokingly mentioned that we should do our engagement photos at Target since we love the store so much and go so often," she said. "Then I thought, why not do it for real?! We wanted to take our photos somewhere that had meaning to us. We also thought about doing the shoot at the park where he first asked me to be his girlfriend, but we thought Target would be more memorable and fun!"

And now, the happily married couple has photos to prove it. Scroll through to soak up Isabella and Michael's wedding bliss at their favorite store on Earth.

Related:
This Mom Had a Maternity Shoot at Target For Her Rainbow Baby — It'll Feed Your Soul
Previous Next Start Slideshow
Parenting HumorPhotographyTargetWeddingMarriageWedding Photography

Parenting Humor
Max Greenfield's Daughter Didn't Study For a Test, and Asking Him For Help Proved to Be the Worst Option
by Alessia Santoro 6 days ago