You don't have to give birth to a child for them to teach you about life and love. Our friends at Your Tango explain how having a child become a part of your life can have just as big of an impact on a person as being a parent. 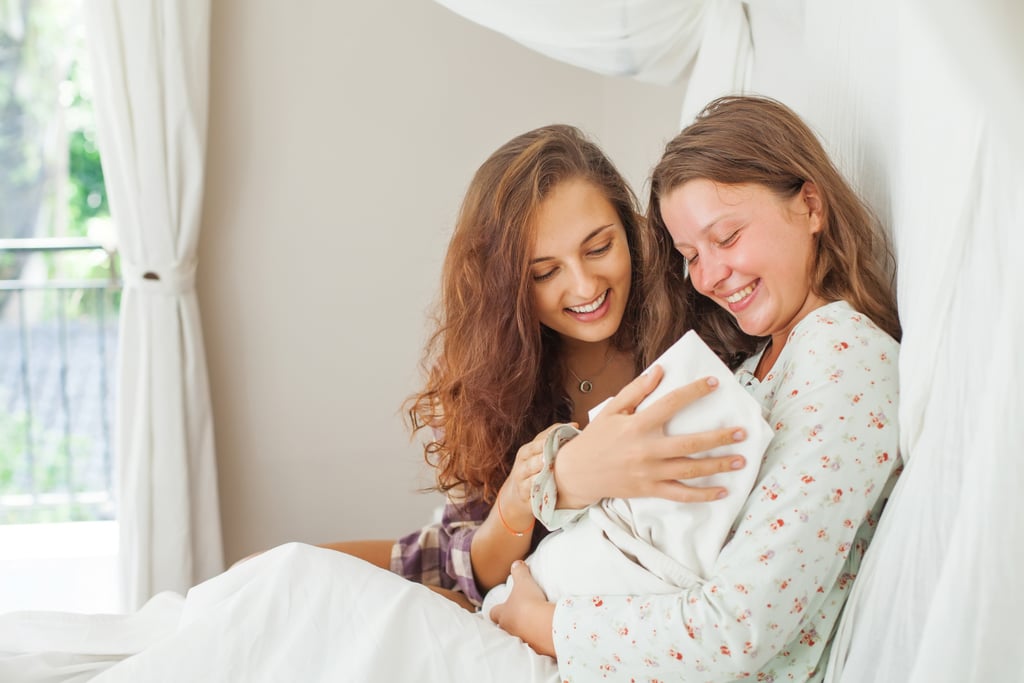 You don't have to be a mom to understand the love of a child.

Growing up, I felt cheated. I wanted a baby in my world.

It could've been anybody's baby: my parents', my aunt's, the little sister of a friend at school. I just wanted to know one. I'd smile at infants in church as they peered around curiously to take in their surroundings, or I'd scamper by the children's clothing section at Target wishing for a reason to grab one of those miniature outfits.

At night I secretly prayed my parents would have another kid. Just one more, I'd beg, staring up at my ceiling.

I thought babies were the cutest creatures in the universe and oh-so fun to have around. But no matter how much I wished for one to arrive, the odds weren't hopeful.

I was the youngest member of a very small family, extended relatives included. I lived in a neighborhood largely absent of cooing infants and adorable toddlers. Most of my friends were the youngest in their homes, too. Even when I was 12 and my cousin Ryan (one of my only two cousins) finally had sons, I rarely saw them thanks to their geographical status.

I felt ripped off, but I didn't give up. Babies had to be in my future. I'd grown up in an evangelical Christian household in the Midwest, and babies were just part of the traditional order of things: meet a man, get married, have babies, repeat with the next generation. And I wanted that. I really, really did.

But then, over time, something shifted. I got older. Life started to unroll in front of me. Real life, not just those blissful early years that look like a blur of wishing on stars, popsicles, soccer practice and incessantly long school days. I went to college; I started a career — I grew up.

My friends and I vented over how overwhelming adulthood was, how hard it was finding decent men to date, not to mention I had a lot of personal journeying to do before I found my future husband. As I thought about romantic love, I had to wonder if a good partner actually existed for me. Where was he?

I fantasized about marriage, about a wedding and that incredible husband, but with all the pressures and stressors life piled onto my shoulders, babies had fallen off my wish list. I just didn't feel that longing anymore.

The maternal instincts that I'd once been convinced were programmed in me — somewhere between womanly intuition and romantic attraction — had somehow dissolved. I couldn't picture myself rocking a newborn in the early morning hours or changing innumerable dirty diapers.

Maybe sleepless nights, dark circles painted under my eyes, disheveled hair and spit-up stains weren't for me after all. I mean, that was the essence of motherhood, right? Taking care of myself was challenging enough; I couldn't imagine feeling responsible for another person's survival.

Maybe I'd lost something over the years. Or maybe, as much as the notion hurt me, I just didn't have it in me. But then, it happened. I hadn't just imagined those early instincts.

In November 2010, my nephew was born. I remember the trip to visit him in the hospital, his first day on this earth. The hallway to that hospital room was long and dim, and I grew tentative as I approached, hearing a rush of activity and visitors inside. When I entered, suddenly all eyes were on me.

"Do you want to hold him?" my brother asked. And the next thing I remember is observing this tiny, perfect little human who was resting in my arms. He didn't cry. He never opened his eyes. He just slept soundly near my heart, his little body rising and falling with every breath.

As I looked at him, I knew: This baby is going to change my life. And here's how he did:

Thanks to what he's taught me, I now know I'm capable of being a not only a wife, but a mom. While today I'm an aunt, a buddy and friend, I can see myself transitioning into the role of mother.

Until I met my nephew, I had no idea how much love I had to give. Now I get what raw, real human love looks like. It's selfless love. It's unconditional love. No strings attached. It's necessary in any great relationship. And it's something I'll seek out in a spouse as I move through my life.

5 Phrases That Will Instantly Make Your Kids Stop Begging

I'm a Mother of 2 Boys, and I Can't (and Won't) Support Feminism

6 Things to Do When Sibling Rivalry Becomes Bullying

I Blamed Myself For My Miscarriage