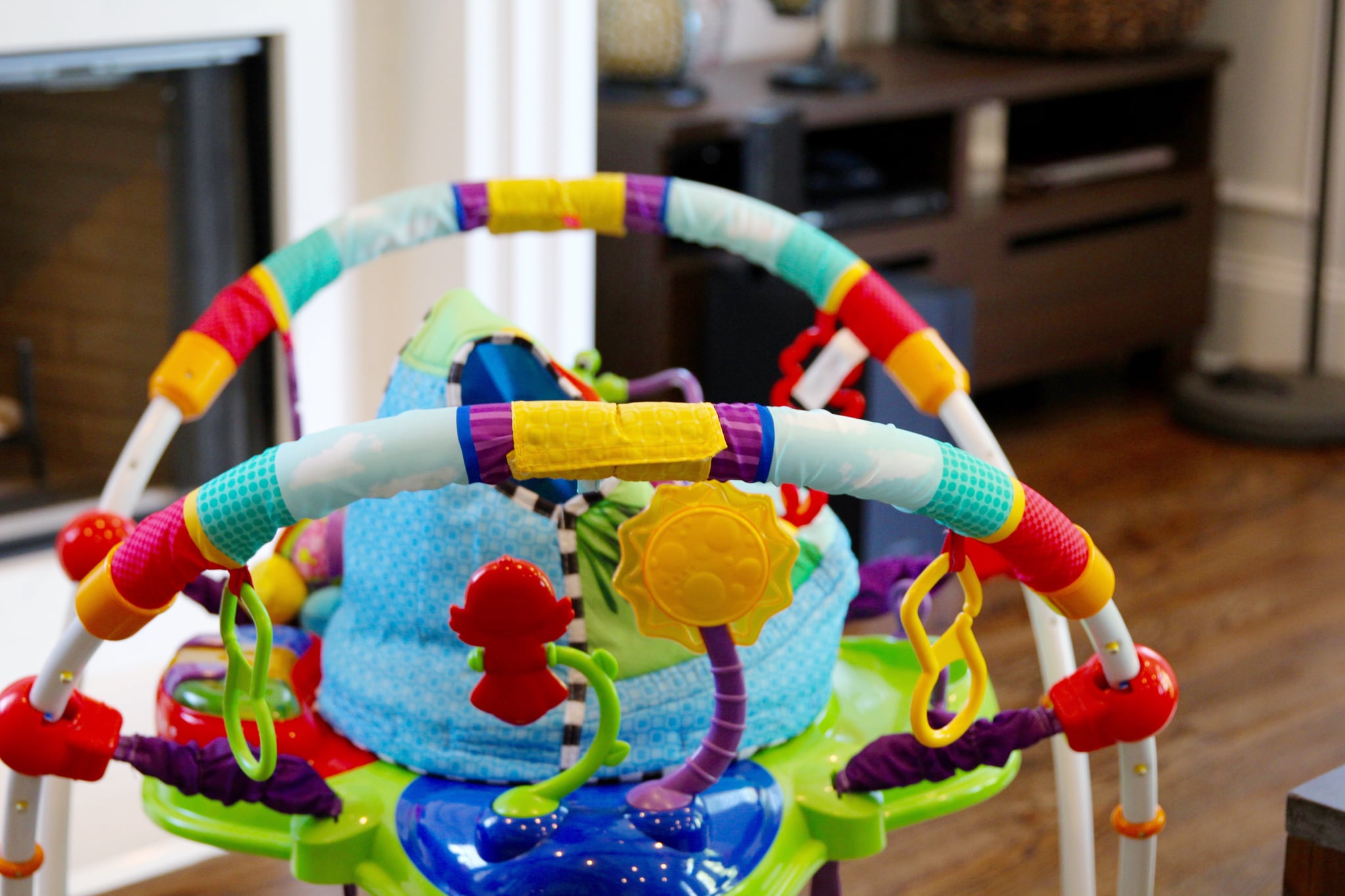 If you're anything like me, you have hundreds, more likely thousands, of dollars of baby gear stored somewhere in your house. My basement currently contains a baby swing, a bouncer, a bassinet, two bathtubs, multiple stroller attachments, an infant car seat, two high chairs, a Jumperoo, a play mat, and about a dozen boxes of baby clothes, swaddlers, sleepers, and socks. (I thankfully found a home for my two baby carriers, a Bumbo, and all the rest of the clothes.)

My son is 19 months old, my daughter is 4, and I'm officially done having kids, which means that my family no longer needs any of these formerly useful items, but I can't figure out what to do with my baby stash. And I'm starting to get frustrated.

My first attempts involved giving everything away to friends, but I soon found out that they already had all the same stuff I did. Most of my close friends had their first babies around the same time as my daughter was born, so they had similarly registered for and received all the gear I was so eagerly trying to give them. When a younger friend recently announced her pregnancy, I sent her as much as I could, but her cross-country location made shipping her the bigger items too expensive.

I then moved on to calling local charities, including homes for pregnant teens and women's shelters, and I was shocked to hear from every single one of them that they weren't accepting donations for any baby items, not even diapers. Granted, I live in a fairly affluent, very family-focused Chicago suburb, but it seemed impossible that no one would want my barely used baby gear. Turns out, I was wrong. Most of my items, I literally can't even give away.

I know that I can drop off some of the stuff at Goodwill or Salvation Army, and it looks like that's what I'm going to have to do, but I can't help but feel frustrated with the consumer nature of becoming a parent and the difficulty of donating what I no longer need to someone who does. One of my mom friends was so stumped about what to do with her expensive, barely used car seat that she decided to just leave it in a Buy Buy Baby parking lot and hope someone in need found it. Why haven't we found a better way to deal with our vast amounts of baby gear we all buy then use for such a brief period of time (or, like my bouncer and swing, not at all)?

According to Consumer Reports, most of the 12 million car seats that Americans buy each year end up in landfills. I get the safety issues involved in passing on a car seat that has potentially been damaged in some way, but what about everything else that I would so willingly give to a mom in need? Baby Buggy in New York and Los Angeles and Baby 2 Baby in the LA area made donating gently used baby items easy, and the charities work with national partners in other cities, but the Chicago organization only accepts donations at one location, for three hours, one day a month. Not exactly convenient.

I don't have a perfect solution for all this baby-gear waste, but I really wish I did, not only because I want to clean out my own basement, but because it seems like such a wasted opportunity to help women in need. I hope it's something that we can start working together to solve. Until then, if you know someone who needs a ton of baby stuff, send them my direction.

Toys
The New Toys Coming Out in 2021, From Lego Sets to Barbies
by Alessia Santoro 4 days ago