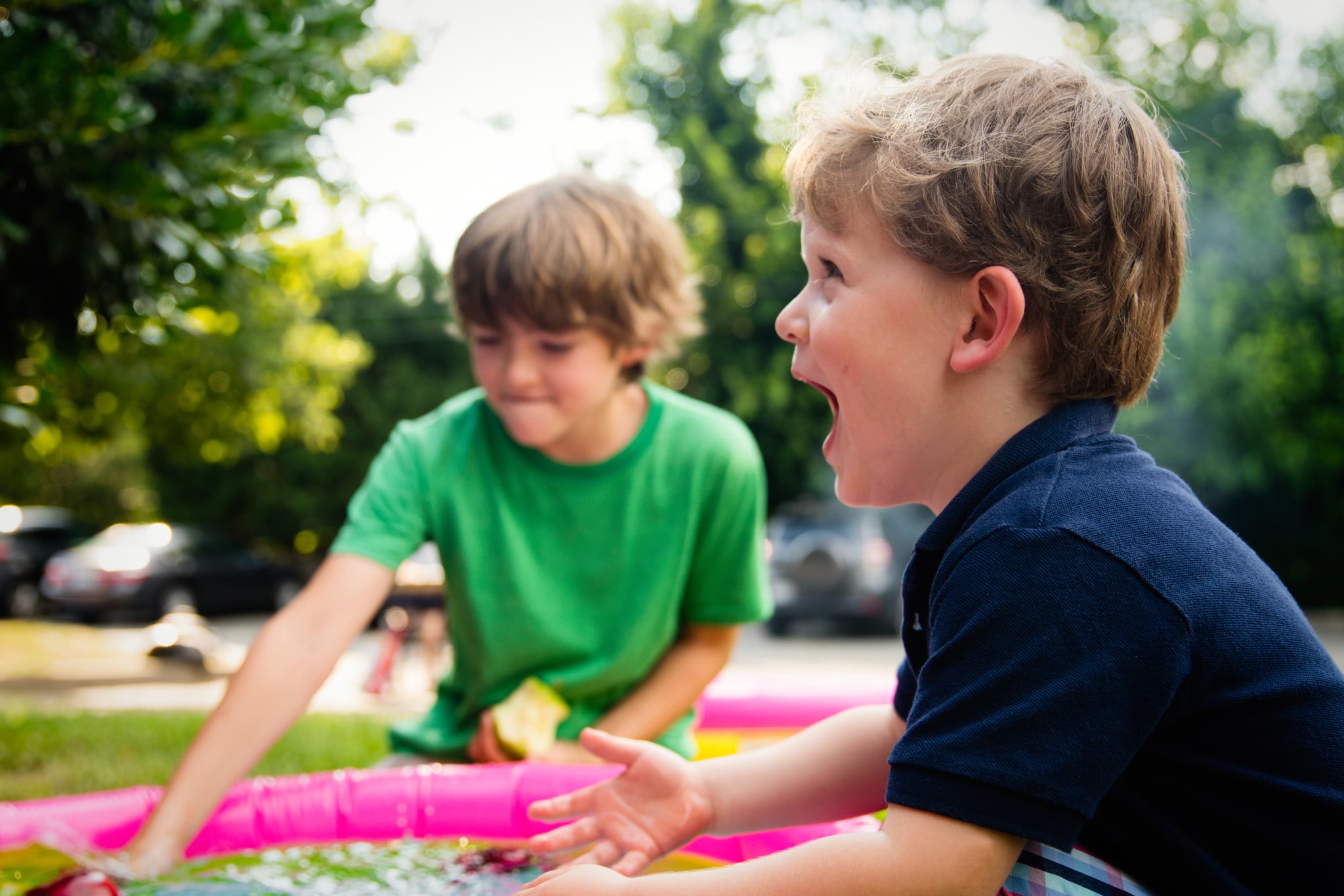 I like to think I'm a pretty chill mom. No, I'm not talking about being a "cool mom," which is a status I would never dare to assign myself. While the cool ship has long since sailed away, I pride myself on taking a relaxed approach to parenting, that is, unless I see someone being aggressive with my son, in which case chill goes out the proverbial window.

If there is any cartoon character that most resembles my son, it's Ferdinand the Bull. A gentle giant, he is much happier smelling the flowers than he is roughhousing with others. While he is energetic, he's a kind and happy kid who naturally shares.

I tend to stay out of playground interactions, often off to the side and watching from a safe distance. Mostly my son plays independently, but I'm hopeful that daily interactions with kids his age will teach him compassion, fair play, and how to enjoy other people's company.

This is why it's so frustrating to see him be attacked, and it's even worse to see it misrepresented as normal behavior. I've seen him get hit, shoved, slapped, and, most recently, kicked in the face by a kid who didn't like that my son was waiting in line behind him. Most of these interactions happened because my son was standing too close or playing with a toy desired by another child.

Unfortunately, these kinds of interactions are all too regular and considered a normal part of growing up. Some parents rally behind the argument that it will "toughen" him up and teach him how to stand his ground, and that is the problematic point. Besides the fact that at 2 years old he shouldn't have to defend his turf, exposing him to violence at this age validates it as a viable way to behave and get what he wants.

Besides the fact that at 2 years old he shouldn't have to defend his turf, exposing him to violence at this age validates it as a viable way to behave and get what he wants.

He is in the age of monkey-see, monkey-do; kids mimic what they see. One time I ushered our cat away from scratching the cabinets with my foot, and it took me months to reteach my son that we don't kick our kitty friends. He's a sponge, a malleable ball of dough who is desperately trying to develop a personality and learn right from wrong.

When he sees other people behave violently, or in a particularly bratty fashion, he will think that it's OK, and that is unacceptable.

This isn't to say that I blame the parents — at least not most of them. More often than not, parents are appropriately horrified and attempt to correct the behavior of their aggressive kid. Yet, selfishly, that doesn't matter to me. The potential damage has already been done; my son witnessed firsthand someone slapping or shoving to get what they want.

I know that part of being a parent is having difficult conversations with my son, and if he were to display signs of aggression, I should build it into a teachable moment. However, if he hasn't developed this type of behavior yet, why would I want to even risk that possibility?

I'm not saying that any kid who shoves and bites is forever dead to me. I recognize that kids go through phases, and through the type of parenting I know my friends, and I hope strangers, are capable of, aggressive tendencies could be a thing of the past.

So I wait. I will wait months to schedule another play date, and if I see an offender at the park, we will just walk to another one. Life is too short for me to be concerned about whether or not my son is going to get slapped over a stupid slide.

Product Reviews
The Quest to Fit My Small-Band, Large-Cup Breasts: A 3-Week, 35-Bralette Journey
by Morgan Ashley Parker 5 hours ago

Healthy Living
When I'm Feeling Overwhelmed With Anxiety, I Remember These 3 Words From My Therapist
by Ashley Broadwater 19 hours ago

Netflix
Black Deaf Women Are Invisible on Netflix’s Deaf U, and That's Just Part of the Problem
by Jade Bryan 2 days ago