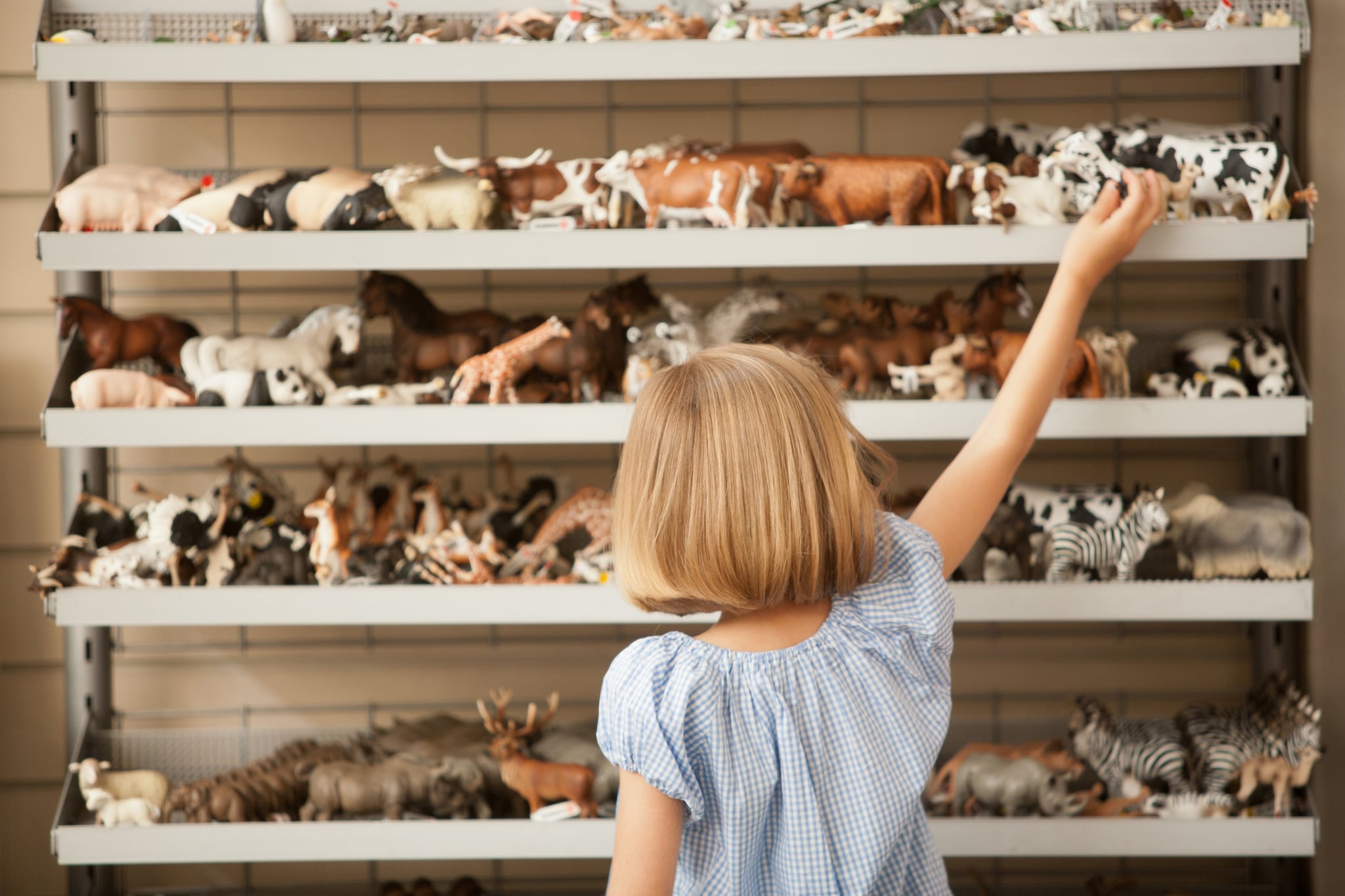 It's time for me to come clean: throughout my years of shopping with kids, quite a few items have left the store with us that I did not pay for. Usually it's a snack, because in spite of having eaten before we left the house, they have suddenly become ravenous as soon as we stepped foot in the grocery store. I'll let them nosh on a bagel or muffin, and nine out of 10 times, I remember to tell the cashier and pay for whatever my kids consumed. But there's that one time I don't and, honestly, I don't really sweat it.

Other times, the transgression is a little bigger. A small book or toy that I've handed to my 1-year-old twins to keep them happy so that I can hear myself think for five seconds while I try to remember what it is that I came for will accidentally make it home with us. Normally, they get bored quickly and toss whatever I handed to them out of the stroller within 10 minutes, but sometimes, those items fall down into the bottom of the stroller or get stuck underneath one of the kids and, well, I forget to check, and we take them without knowing.

I know what you're thinking, but if you've ever shopped with several small children, then you might understand why I don't load everyone back into the car and drive back to the store to return whatever it was that accidentally made it home with us. And, if you are the person who would get back in the car, you're a better person than I am, and I accept that. I believe stealing is wrong, but sometimes, accidents happen. Intentional shoplifting, however, is a different story, and something I absolutely do not condone and would never allow my kids to get away with.

Related:
If My Kids Break Something at a Store, I Won't Pay For It — Here's Why

Recently I realized that these incidents might have made it hard for my oldest daughter to understand the difference between accidental and intentional. The first time she took something, I'm sure she didn't realize what she was doing. She saw something she wanted and just dropped it into the basket of our stroller like she had seen her sisters — or me, for that matter, since I often use my stroller as a shopping cart — do a hundred times. It was large enough for me to notice before I got everyone into the car, so we walked back into the store, where my daughter watched me apologize to the cashier while handing back the item she had taken.

These incidents might have made it hard for my oldest daughter to understand the difference between accidental and intentional.

I explained to her that items in stores cost money, and had to be paid for before we can take them home, which seemed to do the trick. Going forward, if my daughter wanted something, she asked if we could buy it. If I said no, she'd ask if she had enough money in her wallet to buy it herself. If the answer was still no, she'd begrudgingly put the item back on the shelf. It wasn't until a few months later when my daughter intentionally nicked an item after I had told her I wouldn't buy it.

It was an arts and crafts kit. She carried it around the store, pleading because she needed it, but I stuck to my guns. By the time we got to the register, I thought she had put it down somewhere, but what really happened is she set it on the shelf directly behind her by the register, and after I had paid, when I wasn't looking, she slipped the kit into one of the bags she had agreed to carry to the car. We were almost out of the parking lot when she pulled out the pilfered item. When I asked her what she was looking at, she tried to hide it as she told me, "Nothing." Too late! I had already seen it, and I was not happy.

I swung the car around and pulled into a parking spot where I asked my daughter what she had done, why she had done it, whether or not she knew it was wrong, and why it was wrong. She had taken the kit because I had said no, and she knew it was wrong because we didn't pay for it and she had been sneaky. Unlike the first time she had taken something, I wasn't going to apologize for her. This time, she was going to do it herself.

We were almost out of the parking lot when she pulled out the pilfered item. When I asked her what she was looking at, she tried to hide it as she told me, "Nothing."

I handed her the kit, and we walked back into the store where I asked for the manager. I instructed my daughter to hand her the item she had taken and repeat exactly what she had said to me in the car about what she had done, why she had done it, and why she knew it was wrong before offering an apology. She did, and the manager sweetly told her that it was alright and thanked her for returning it. My daughter cried as we left the store without the kit, and cried even harder when I told her that because she had been sneaky, she had lost screen time for the rest of the week.

Related:
If You Want to Raise Honest Kids, Harvard Researchers Suggest These 3 Tips

That night, we sat down together and had another discussion about why stealing is wrong. My husband and I emphasized that stealing is more than just taking something without paying for it. Stealing goes hand in hand with sneaking and lying, which are two behaviors that we have stressed as being unacceptable. She hasn't stolen (or attempted to steal) anything since. We've also become more careful when it comes to accidentally taking anything with us like we had in the past, especially when shopping with the stroller.

During each shopping trip, when we get to the register, I ask my daughter to check the basket and under her siblings to make sure we don't miss anything that needs to be paid for. It's a job that she takes very seriously, and one I no longer have to remind her to do. Though she's only 5 years old, she seems to have a pretty good handle on right versus wrong. Even so, I'm sure that as time goes by and she meets new friends whose behavior she may want to imitate, she'll be tempted to make mistakes along the way. My only hope is that we've done a good enough job of teaching her right from wrong and that she won't give in to that temptation. And if she does, I may just have to take a move out of my dad's playbook and invite a police officer friend over to scare the living daylights out of her.