As the discussion about people who identify as something other than their sex assigned at birth is becoming more common, Vice examined the issue in a video that's generating a lot of buzz. Raised Without Gender tackles this worldwide issue by following journalist Amelia Abraham to Sweden, which the film bills as "the most forward-thinking country in the world" when it comes to challenging and questioning gender norms. Here's what you need to know!

In the 30-minute documentary, Abraham interviews a gender-nonconforming family: Del LaGrace Volcano, who was born intersex (meaning having physical characteristics that are both male and female), children Mika and Niko, and grandmother Margareta, the mother of Del's partner.

Both Mika, 5, and Niko, 2, were assigned male at birth, but their parents let them play with whatever toys they want to play with, wear whatever clothes they want to wear, keep their hair however they want to keep it, and choose to identify with whichever gender they choose.

Related:
Boy, Girl, or Neutral: Can You Parent Without Gender Bias?

In the house, they often use the male pronoun "he" to refer to the children (though Swedish does have a gender-neutral pronoun, "hen"), but Mika actually appears to be uncomfortable choosing between male and female pronouns. By appearance, most people assume Mika is a girl — he wears dresses a lot and has long hair — but he says when other children ask him if he's a boy or a girl, he says he's neither and both.

What helps facilitate this way of life is the fact that Sweden currently has many government-funded gender-neutral kindergartens, plus the entire educational system has mandated for almost 20 years that schools work against gender norms and stereotypes.

The schools do so by calling the children "friends" instead of "boys and girls" or by having projects that aren't gender-based. The classrooms also feature study materials in which recognizable figures like Batman or a Disney princess are engaged in nonstereotypical behavior, like Batman taking care of a baby or dancing ballet or a princess engaged in a same-sex relationship.

As Abraham observes, it's more like the schools are trying to remove gender discrepancies and sexism rather than erase gender altogether. One example of this is by using adjectives that are typically ascribed to one gender or the other to describe all children — so boys aren't just "cool" or "strong" and girls aren't just "helpful" or "cute."

Swedish psychiatrist Dr. Eberhard, who is interviewed in the short film, is against what he sees as "erasing" gender, saying you cannot solve a problem by going in the exact opposite direction.

"I think then you create new problems," says Eberhard, who advocates letting children choose who or what they want to be and just letting them be kids. But that's actually quite similar to what the gender-neutral school programs are advocating as well. The big sticking point seems to come down to whether we should use labels like "boy" and "girl." Not being able to categorize people seems to be the scariest proposition of the entire exercise. 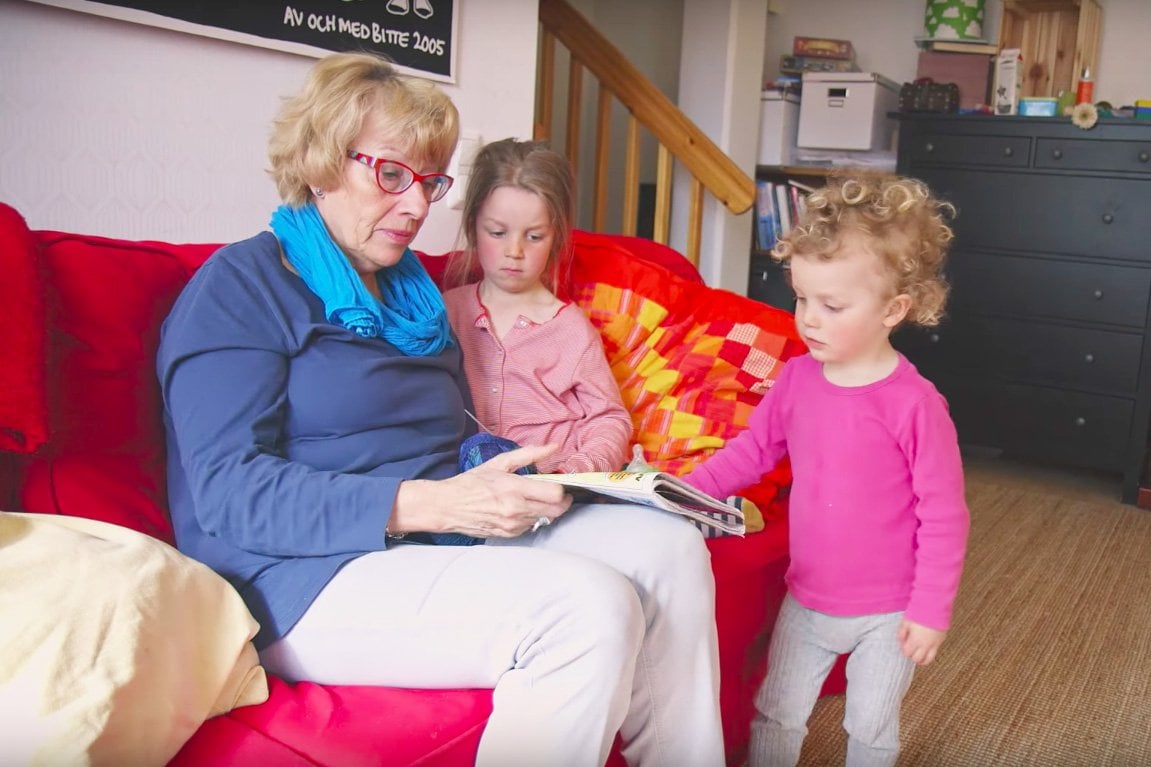 The documentary honestly seems like a lot of no-brainer behavior: let children be free to be what they want, which is a tenet that can be applied to all facets of a child's life, not just the child's gender identity.

But as Volcano observes, it's like people "don't know how to act" if they "don't know if you're a boy or a girl." It seems that people need to fit everyone inside constructs, like gender or race, in order to know how to "deal with them," which leads to the ongoing cycle of categorizing people in order to be able to rely on the preconceived notions of said category when interacting with the category members, which in turn reinforces the ideas associated with each category and makes its members feel as though they must behave in certain ways.

It's a self-perpetuating problem that perhaps could be broken with innovations like gender-neutral parenting and schooling. If boys are free to wear makeup if they want to, perhaps eventually that will stopped being seen as a "girl" thing; conversely, if girls are allowed to wear their hair short or play with trucks, those things will eventually stop being seen as "boy" things. Because none of those things inherently has a gender — our society assigns them genders.

The path won't be easy, of course, because change never is, and Volcano acknowledges that bullying is certainly a concern — but it might just be the cost of doing business if you want to change people's minds and hearts.

"Of course I don't want [my children] bullied, of course that scares the hell out of me. But I think they have the tools to deal with it," he says, adding that his children have a host of privileges — assigned male, both white, both able-bodied, both intelligent — so their lives are already filled with things that will make it easier for them.

"They've got a full knapsack of privileges. So if they have to deal with a little bit of discomfort because they have a Mapa or because their gender expression doesn't match what people think it should be? Gender confusion is a small price to pay for social progress," Volcano says. "I think a lot of the social problems we have in the world are down to the streaming, that we force boys this way and we force girls this way."

Related:
What Happened When I Didn't Hold My Son to the Same Standards as My Daughters

He's not wrong. In all aspects of life, it does seem like we are too quick to categorize and separate. As demonstrated by interviews with the Swedish children, the kids gravitate toward all sorts of varied interests and clothing when given more room to explore, regardless of their assigned gender, and they seem happy to be allowed such freedom.

Sociologist Carol J. Auster recently told The New York Times that if you stop marketing specific toys to boys and others to girls, it "widens the possibility for the child to pursue interests that he or she cares about and has a talent for."

How dare someone make my child feel that way? He should be free to enjoy anything he wants as long as it isn't hurting someone else.

As a mother, I have already encountered some of this with my 4-year-old son. Certainly he is interested in "boy stuff," like trucks and tractors, but he also likes playing with things that are traditionally considered to be "for girls." He recently expressed interest in having his fingernails and toenails painted, something his father and I were happy to accommodate because we want to encourage all of his interests and hobbies, not just the "boy" ones.

We don't know exactly what happened, but after a few days, our son was hiding his fingernails because he didn't want anyone to see them, undoubtedly because someone said something to him about it. Whether it was a fellow student or a parent or someone else entirely is beside the point; the point is that our son went from feeling proud and delighted to feeling ashamed and embarrassed about something of no consequence that hurts absolutely no one. How dare someone make my child feel that way? He should be free to enjoy anything he wants as long as it isn't hurting someone else.

So perhaps Sweden is onto something with its schools that are trying to take away the preconceived notions of what gender looks like. Abandoning labels is more of a personal choice, but society as a whole should be moving away from telling anyone what it means to be a boy or a girl, a man or a woman. We're all just people, with varied appearances, interests, and talents. Why does it matter what a person's sex is and whether they're interested in the "appropriately gendered" things? It certainly doesn't matter to the Swedish kindergarteners.