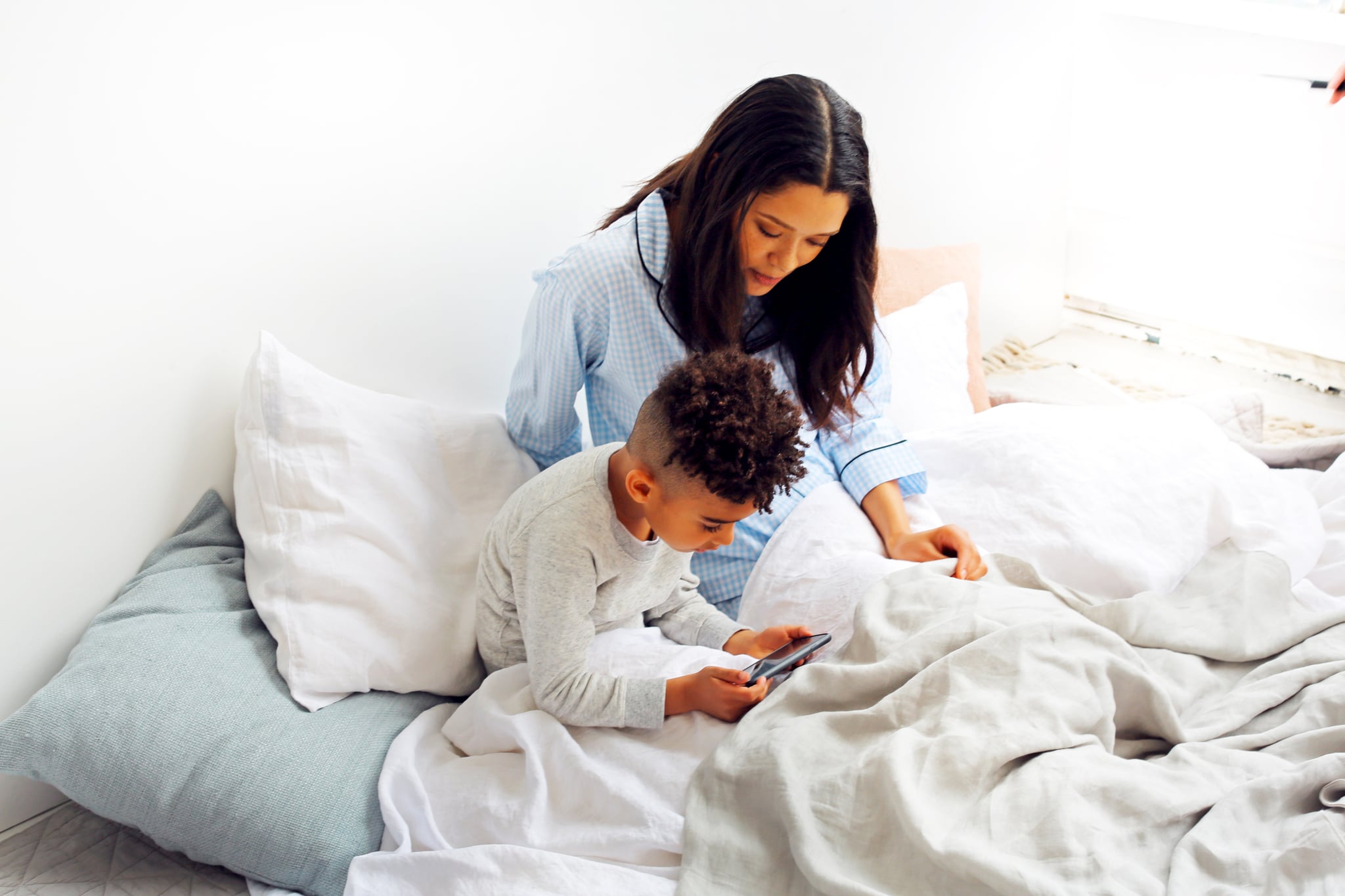 A few weeks ago I was sitting at my desk when I heard a commotion coming from the kitchen where my three kids were finishing lunch. Now that they're 16, 15, and 11, I no longer have the kneejerk reaction I once did to come running, fearful that someone was either hurt or needed immediate assistance. From my desk in the next room, I made the call to hit the mute button in my head, and I ignored them. When I did finally make my way into the kitchen to refill my coffee cup, my daughters, who were by this time alone, pounced on me.

"Did you hear what he called you?!" the girls yelled in unison, each of them talking over the other, trying to get a word in edgewise.

The "he" that they were referring to was their younger brother. The elder of my two daughters went on to explain that, after my son had eaten lunch, he got up from the table and left his plate behind. Both girls threw a fit, ordering him at once to clean off his plate and put it in the sink.

Feeling the heat from his sisters, my son, wisely, did what they told him but not before justifying his "malfeasance" by explaining that he "thought the cleaning fairy would do it."

My daughters stared at me, waiting for me to "get" it. But I didn't.

"Who's the cleaning fairy?" I naively asked.

I turned to my son, who stood in the dining room within earshot, laughing at the commotion he was causing.

"Did you call me the cleaning fairy?" I asked in disbelief.

"I was just kidding, Mom!" he giggled hysterically.

I believed him. But the irony wasn't lost on me.

"Who's the cleaning fairy?" I naively asked.

There has been a long-standing joke in our family where my kids say to one another that he or she is my favorite. "Mom loves me more!" or "I'm her favorite!" are statements frequently heard around our house, most often when they see me hugging or cuddling with one of their siblings and suddenly feel left out.

Of course, I'll tell you like any other mother would, that I love each of my children equally. And I do. Even so, my daughters often complain, and not so tongue-in-cheek, that I give my son preferential treatment. That when it comes to cleaning up after himself and assuming the same chores I assigned to them when they were just about their brother's age or even younger, I give him a pass.

Hearing that my son called me the cleaning fairy, however, forced me to face the possibility that my girls have a point. What troubled me more was the reason for why I was behaving this way.

Nearly five years ago I separated from my husband after more than 16 years of marriage. To complicate matters further, not only was I divorcing, I was about to assume full physical custody of my children as my husband made the unilateral decision to reside permanently in Hong Kong 8,000 miles away. I did not, and do not, have childcare. I became a single mom.

For a long time, I tried to do it all. All of the cleaning, all of the tidying up, all of the errands, all of the cooking, all of the laundry, and all of the paperwork. What I quickly realized was that I couldn't do it all, especially if I was going back to work, which I would need to do shortly. With the mounting pressure beginning to wear me down, I knew something had to give. It was time to get creative.

That's when I began to delegate. The first task I assigned the girls was to make their beds in the morning. This required me giving my daughters each a detailed tutorial on how I like their beds to look and, more than that, my commitment, as the Disney song tells us, to "Let it go" if the result is not perfect. I won't lie; passing off this daily chore was difficult at first, but ultimately changed my life. My mornings suddenly became less rushed and less stressful as a result.

Next, I gave up plating their dinner for them. Instead, I began serving meals "family style" from my kitchen island where the girls could help themselves. I also required that they set the table, clear their plates, and turn down their beds. Yes, in a former life, I even offered turndown service, without the mint, though I did consider putting one on their pillow once just for laughs.

For the grand finale and biggest time saver ever, I required that the girls manage their laundry from start to finish, including washing it, folding it, and putting it away.

But somehow as my son came of age, I failed to give him his assignments as I did my girls.

But somehow as my son came of age, I failed to give him his assignments as I did my girls. Instead, I consistently warned him that the next time he would be held accountable, which ultimately resulted in the cleaning fairy comment a few weeks ago, and my wake-up call. Ever since, I have been correcting the situation, gradually, so he doesn't interpret his increasing responsibility as a punishment. It's not.

Once upon a time, when I was a child, I watched my mother cater to my father, never once making demands that he help out around the house, wash the dishes after she had cooked, or take out the garbage. When I married my husband, I carried on the family tradition and assumed full responsibility for all of those chores that were deemed "less than" because I didn't work outside the home and he did. With my son busy participating in a different team sport each season and having more homework as a result of his recent entrance into middle school, I recognize that I was, without my even knowing, teaching him and my two daughters the same lesson that was taught to me years earlier.

On the day my son called me the cleaning fairy, I acknowledged that I had screwed up. Big time. By not setting for my son the same expectations I had set for my two daughters, I not only was telling him that he is superior to his sisters, his female "colleagues" in our family if you will, I was also telling my daughters that they are inferior to him. Thankfully, they had the right idea to complain to "management," and I had the sense to listen, giving them the empowerment they asked for and, more importantly, deserved. But I know all too well that had I not, over time their forcefulness would wane, and the cycle would perpetuate as it once did for me.

Now if my son leaves his plate on the table, I tell him he must clean up after himself. I supervise while he prepares his lunch for school. And I have begun broaching with him the subject of making his bed and doing his laundry, first by requiring that he bring his dirty clothes downstairs and then teaching him how to sort them. All in all, my son is doing well, feeling more capable each day. I am, too. As for that cleaning fairy? She didn't fare as well and was never heard from again.