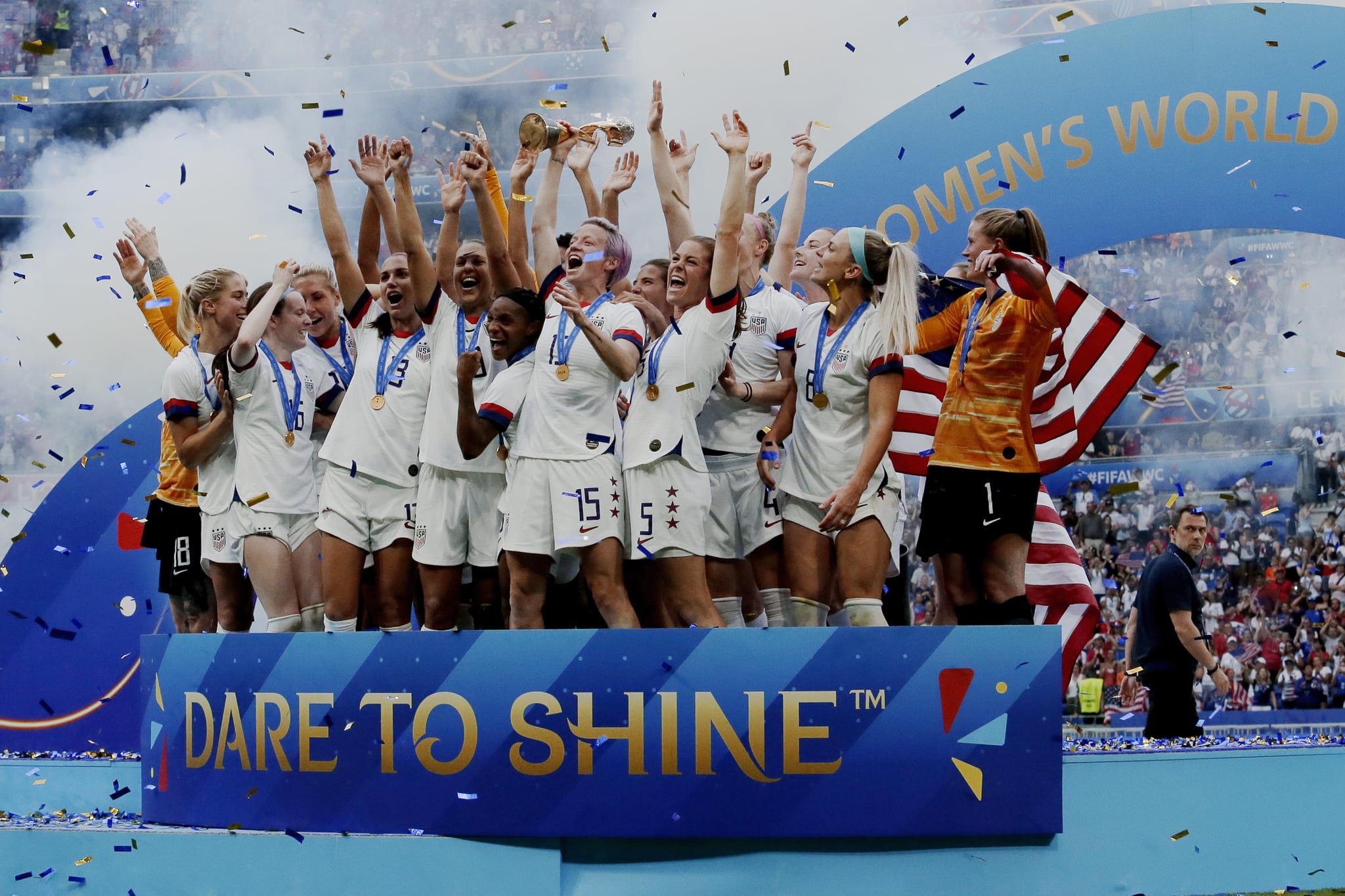 The US Women's National Soccer Team is the repeat World Cup champions after defeating the Netherlands 2-0. After the game, captain and dominant scorer Megan Rapinoe said, "We just have no quit in us." And that's exactly what their entire team showed from the very start of the tournament. Yes, it's their resilience, perseverance, and grit that pushed the US women through the World Cup and all the way to victory. My daughter, only age 5, watched the game as she did a puzzle on the ground, definitely not as interested in the outcome as the rest of her family. But what my daughter doesn't realize is that these women were playing for much more than a trophy. And hopefully their win off the field will have a huge impact on her future, too.

See, the US Women's National Soccer Team filed a lawsuit, on International Women's Day nonetheless, against the US Soccer Federation for equal pay. Essentially, the women are fighting to be paid just as much as their male counterparts. The men's team did not qualify for the World Cup — and still earn more than the women's team. According to court documents, as documented by PBS, in a scenario where the teams play 20 games, the women earn a maximum of $99,000 total, or $4,950 per game. The men earn an average of $263,320 total, or $13,166 per game. After the women's World Cup victory, Molly Levinson, the players' spokeswoman, said, "These athletes generate more revenue and garner higher TV ratings but get paid less simply because they are women. It is time for the Federation to correct this disparity once and for all."

Related:
The Women of US Soccer Say Their Battle For Gender Equality "Is Part of Our Legacy"

So, now that the World Cup is over, the women will begin mediation for equal pay — their fight is quite literally just beginning. And if they win, this will not only pave the way for my daughter, but it will show her so much more.

It will teach her that everything is worth fighting for if you believe in it strongly enough.

It will teach her to fight for what's right.

It will teach her that it's OK to be defiant — because sometimes that's the only way you'll defy societal norms.

It will teach her to believe in the power of women and that so much can be accomplished when women work collectively together.

It will teach her that women are equal.

Maybe, just maybe, when my little 5-year-old grows to be a working woman herself, her pay will finally be equal to her male counterparts — regardless of the job she chooses. The fight that the US Women's National Soccer Team is taking off the field, in the end, could mean even more for our daughters than their many victories on the field. When these women use their same grit and determination in the courtroom, our daughters' futures could be changed forever.

After the game, my family of four watched tears flow from the US players' eyes as they hugged one another and raised the World Cup high into the air. These were tears of sweat, determination, and of course, victory. I can't help but think that as these women stood together, they were aware of the profound impact they're making on the future of all of the little girls in our nation, too. My hope is the lifting of that trophy will soon serve as a symbol of our long fight for equal pay and great triumph. And when Rapinoe said, "We just have no quit in us," she was actually talking about all of the women in our great nation.

APIA
If You Grew Up as the Eldest Daughter in an Asian Household, I Feel You
by Caitlin Taylor So 20 hours ago