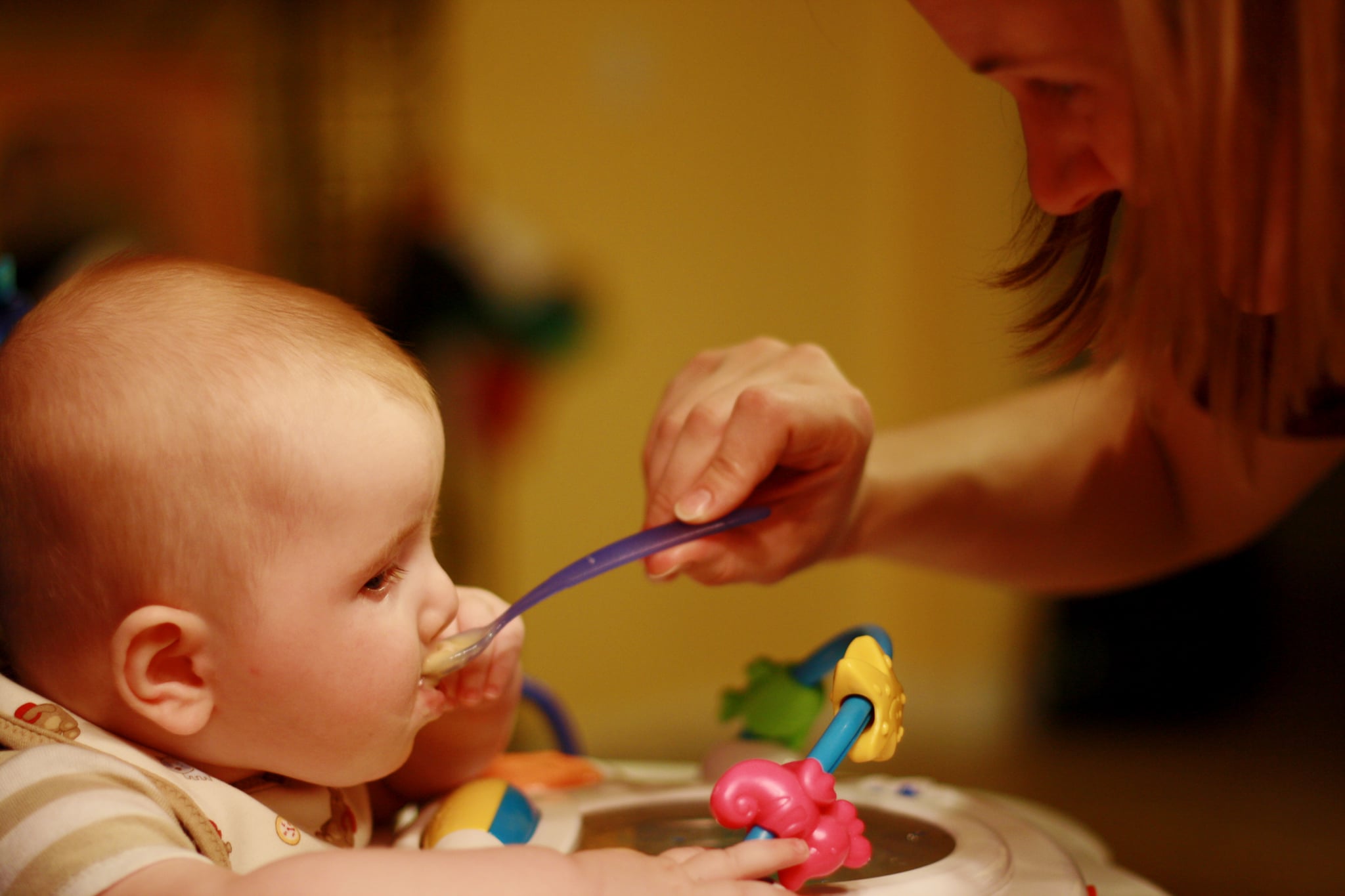 Here's some food for thought: the first study of a nationally representative group of infants in the U.S. reports that most parents feed their babies solids months before they should.

The results, published this week in the Journal of the Academy of Nutrition and Dietetics, show that only one-third of babies are introduced to complementary foods – meaning foods or drinks other than breast milk or formula – at the American Academy of Pediatric's recommended age of six months. More than half of babies start on solids too early: 38 percent at four to five months and 16 percent at just four months of age. Similar research has even seen that nine percent of mothers report starting their infants on solids as early as four weeks.

"Introducing babies to complementary foods too early can cause them to miss out on important nutrients that come from breast milk and infant formula," said lead investigator Chloe M. Barrera of the Centers for Disease Control and Prevention.

Despite the fact that a too-early entry into foods prevents babies from getting all the health benefits they can, parents are still deviating from the ideal six-month target. But why?

There's also risks associated with delaying foods too long, something that nearly 13 percent of parents are doing.

"Conversely, introducing them to complementary foods too late has been associated with micronutrient deficiencies, allergies, and poorer diets later in life," Barrera said.

Despite the fact that a too-early or too-late entry into foods prevents babies from getting all the health benefits they can, parents are clearly still deviating from the ideal six-month target. But why?

Over the past 60 years, recommendations for when to introduce complementary foods have changed dramatically. The 1958 guidelines suggested solid foods in the third month, the 1970s brought a delay until after four months, and the 1990s pushed the introduction of solid food out to six months. It wasn't until 2012, encouraged by the health benefits of breast milk, that the AAP raised that age to six months. These changing recommendations have influenced many past studies of infant nutrition, most of which show a general lack of adherence to current professional guidelines, this new study noted.

Parents' reasons for starting their babies on solids at a younger age didn't just include being unaware of the recommendations or finding them to be hard to follow. There's also a pervasive belief that solid food consumption leads to a better night's sleep, but experts state that's nothing more than a myth.