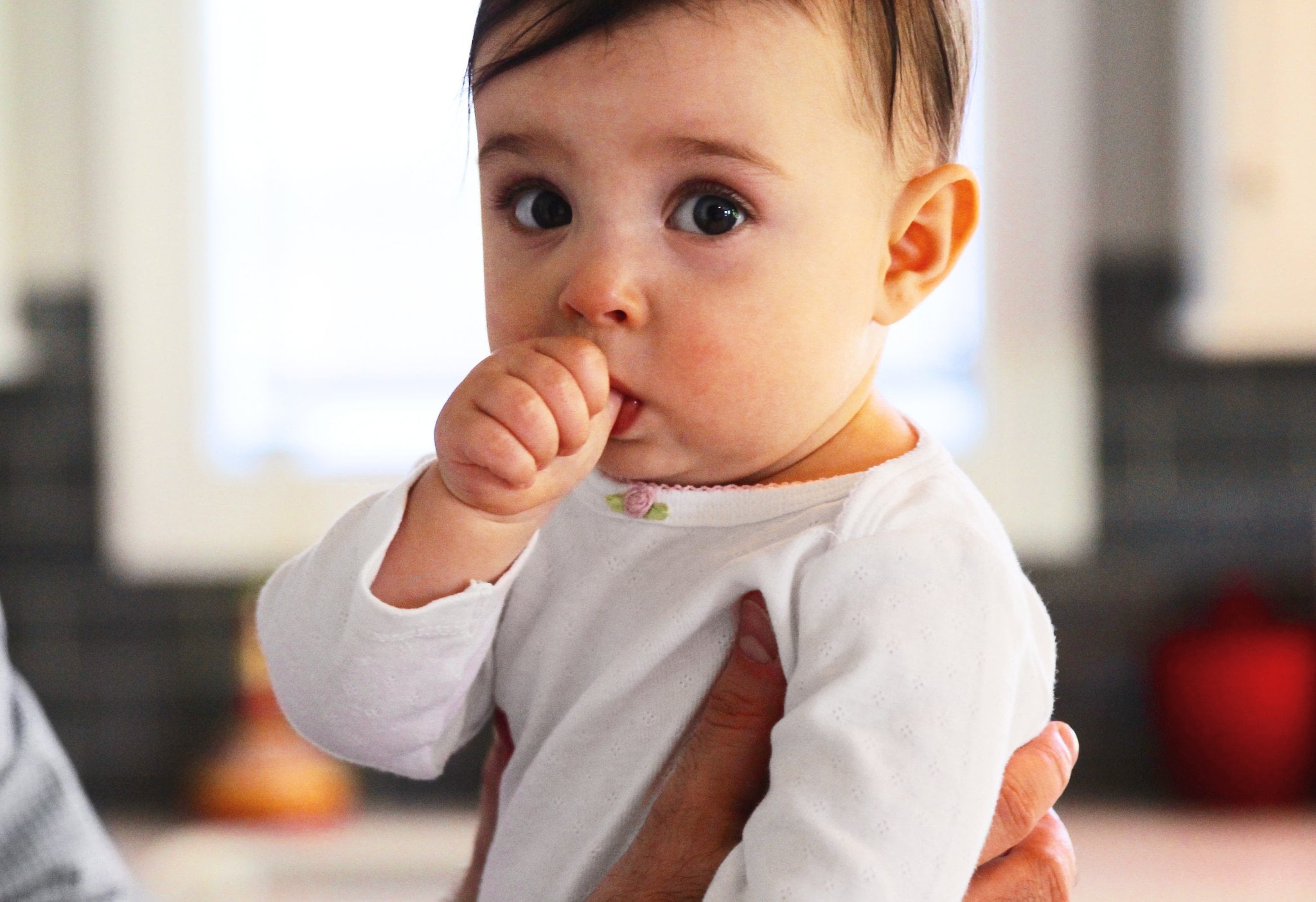 For many parents, it's a familiar sight: their little ones self-soothing by sucking their thumbs or fingers. Although most assume this is a temporary habit that they will outgrow (hopefully before any orthodontic damage is done), that isn't always the case.

Some parents try to break their child's habit if they don't outgrow it by the time they start school by painting their nails with a foul-tasting polish or through punishment. However, getting kids to stop can be a difficult task. Clinical psychologist Helen Nightingale told the Daily Mail that prolonged thumb-sucking can happen automatically because of familial causes. "It's often passed down in families,' she said. "It's highly self-soothing and, as such, it is very resistant to change."

Related:
How 1 Mom Says She Kept Her Baby Alive After Her Water Broke at 22 Weeks

For some babies, this ingrained habit is the first reflex that they learn and is the same reflex used for breastfeeding. Sandra Trebinski, who specializes in hypnotherapy, believes that this behavior continues past childhood because of the emotional comfort it provides during stressful times as well as the attention that it brings.

Through her work at the Hypnotherapy Centre in England, she sees an estimated 200 to 300 cases of adults who suck their thumbs per month, despite wanting to stop. (According to a recent study conducted by Babychild.org.uk, 12 percent of adults still suck their thumbs!) "While most children drop the habit naturally, those who continue will often receive parental criticism which, while negative, is still attention and works to get them noticed," Sandra told the Daily Mail. "The longer that the habit continues, the more it becomes ingrained in the subconscious and becomes an anchor activity that induces a relaxed state of mind."

Aside from the emotional distress that thumb-sucking in teenage and adult years can cause, like the feelings of shame and secrecy, it can also create physical damage. "Persistent thumb-sucking can reshape the mouth. Before the age of 6, it's fine, as your adult teeth haven't come in, but once they do, the problems can start," said Dr. Neil Counihan, an orthodontist who established the United Kingdom's first thumb-sucking clinic. "You can try physical barriers such as thumb guards, but ultimately you have to want to stop."