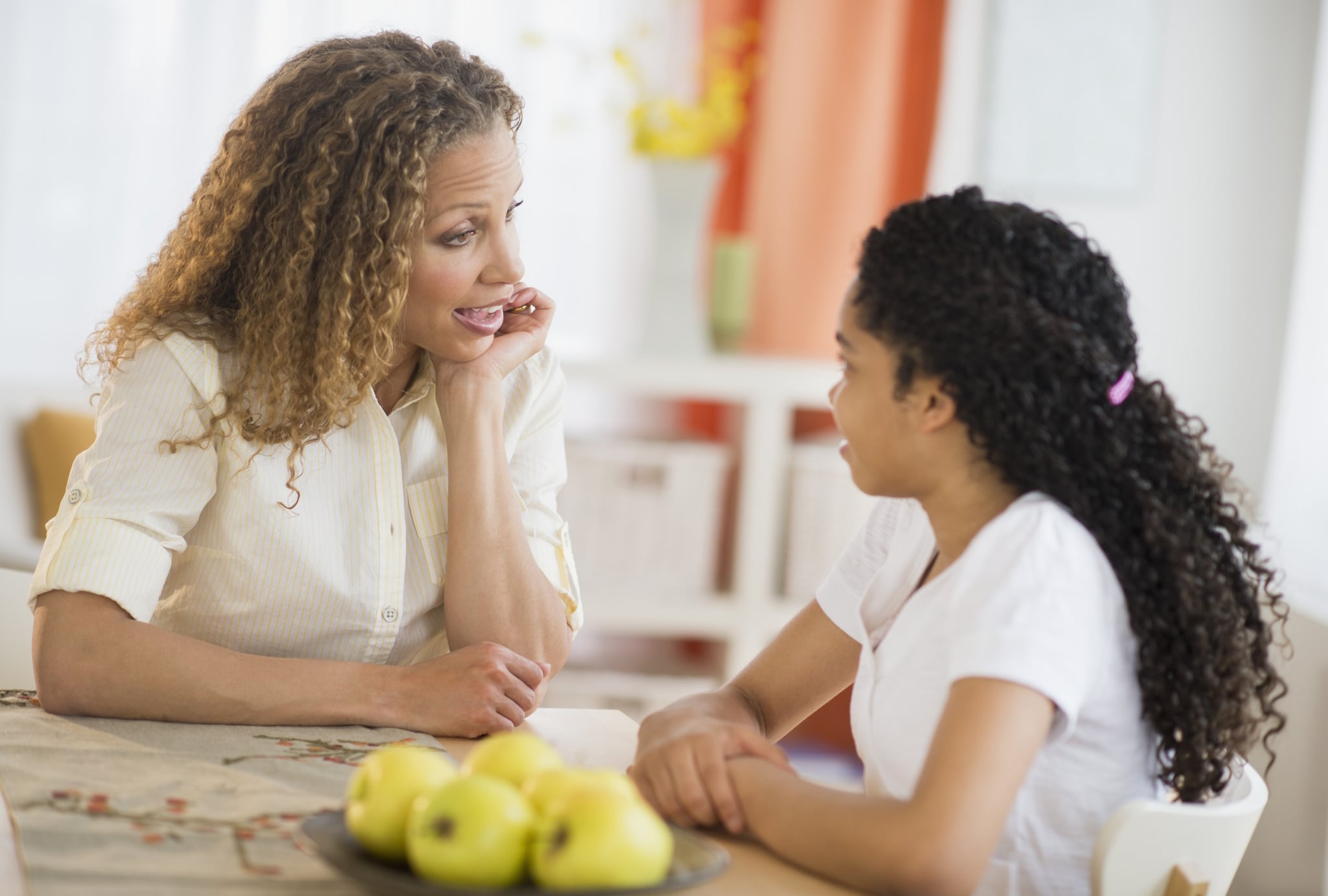 As squeamish as it may make you, the sex talk is a rite of passage all parents know they are going to face. It starts with a simple question: where do babies come from? And it continues on with queries about sex, body parts, and what really happens in the bedroom.

The topic begs a question that many of us moms find ourselves pondering sooner or later: (gulp,) how do I begin to tell this story? We all want to say and do the right thing when our kids start asking questions, but don't know exactly how to handle it. Many of us are concerned about what our kids will hear about sex on the school playground or from the casual conversations about sex that others have in front of them. We also wonder how to deal with adults we believe shouldn't be discussing sex so openly in front of our kids.

"So what's a mom to do?" asks Naudeen R., who is "getting uncomfortable" with her almost 9-year-old son's questions. He wants to know what sex is, so she "told him briefly that it is when two people, like mom and dad, show one another how much they love each other." She adds that while this seemed to put a stop to his questions, "I personally think that maybe it is time to tell him about his own developing body, on his level of course."

Debbie L. recommends the direct approach and that moms tell their kids before they find out on the playground. "My daughter, who is now 11, was told by a classmate what sex was at nine," says Debbie L. "I was shocked. I'm very glad that she felt as though she could come to me. It was a very uncomfortable conversation but I think it is good to let your children know they can talk to you."

Encouraging open conversations and letting your child know that you will answer whatever questions he or she has is the first step toward opening the lines of communication for sex education, says Debbie L. But she cautions that parents should caution their children not to repeat the conversation with their peers. "I forgot to do this and my daughter went and told a friend. Thank goodness the mom and I are friends and she was understanding, but it could have been bad."

Erin K. and many of our readers agree that the direct approach, versus answering questions after your child has been served up sex information from their peers or others, is best.

"'My daughter is 11 and we have had the talk about what's going to happen to her body and the sex talk more than once," says Erin K. She says she started talking to her daughter several years ago when asked the "where do babies come from?" question. "I would get as in-depth as you are comfortable with and just answer your child's questions as they come."

While many agree that ages 9 through 11 are appropriate ages to initiate conversations about sex, others are concerned about what to do and say when relatives, friends, or others start the conversation when their children are younger.

Janet J. says she grew up in a conservative home where her parents did not discuss sex, so she's surprised now and uncertain what to do when her in-laws start discussing their sex life in front of her 2-year-old son. "I'm worried that as he ages, he will hear their conversations and repeat (what he hears)," she says, adding, "How do I approach them to tell them to cut it out and watch the sex talk around my kid? "

"Watch what you say" is how you'd like to react, says Dara S., adding that because Janet is dealing with inappropriate behavior from extended family members, she should tread lightly but be honest, and explain in an assertive but kind way that these types of conversations are private and that she's not comfortable when others have them around her kids.

"I tell the adults that conversations about sex are inappropriate for my child's age," says Dara S. "Another friend I know tries to get this message across with sign language, trying to send signals to the adults to stop the conversation."

She also says that when kids overhear inappropriate conversations about sex, parents should address the issue with them directly: "I use the opportunity when potty time pops up, and I tell my child that this is a private time for your body," says Dara. "That opens the conversation about what to and (what) not to talk to others about."

Renae K. agrees. "I would tell the adults that conversations about sex are inappropriate for my child's age. . . . Another friend I know tries to get this message across with sign language, trying to send signals to the adults to stop the conversation and straight-out ask them to keep the topic of conversation clean and appropriate around your child as he is starting to repeat things he hears," she says. "This goes for sex, swearing and any other inappropriate talk. Surely any reasonable person would respect your wishes."

Ultimately, readers say it is best to tackle the "sex talk" directly with your child before they hear about it elsewhere.

"I think it is really important in this day and age," says Heidi R., a mom of a 10-year-old daughter. "We need to prepare our children because if they are starting to ask us you know they are talking about it with their friends. I'd rather talk to my daughter about it [than have her] ask her friends and get false information."