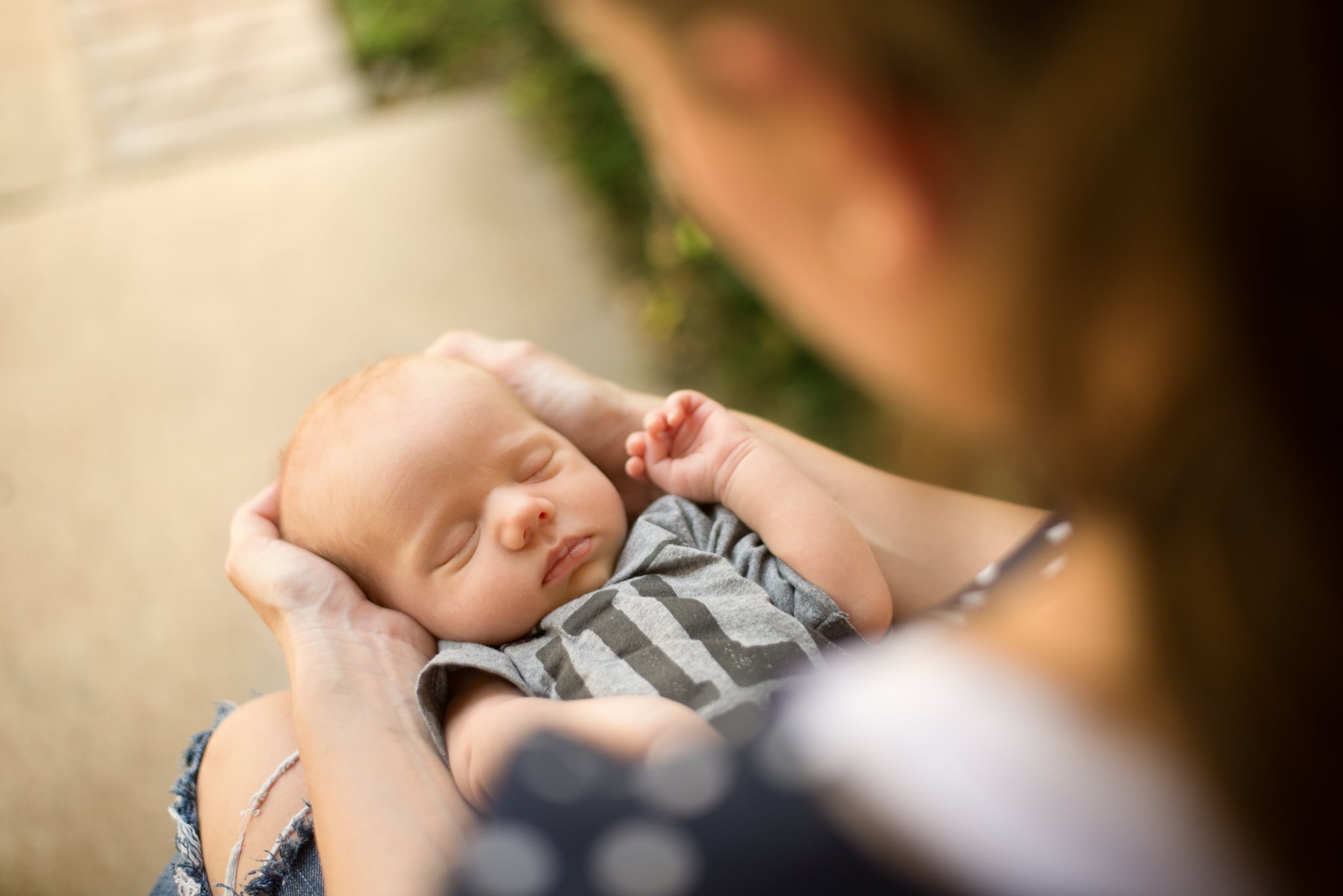 Hey, stranger who wants to pay my adorable baby a compliment, can I bother you for a moment?

I want to ask a small favor of you, but first, let me back up and explain the issue at hand:

I'll be out somewhere with my baby, and you approach. You smile and keep a respectable distance so I know you aren't trying to do that obnoxious thing some people do where they think they can touch a random baby without permission. No, you are one of the good ones.

You say something to the effect of "Your baby is darling!"

But then you hit me with this curveball: "How old is he?"

I freeze with anxiety. See, my baby is a girl. But I don't care whatsoever that you think she's a boy. I don't take it personally, I really don't. I purposefully opted out of dressing her in a pink onesie or accessorizing her baldish head with a frilly bow. And, quite frankly, my baby doesn't look like a girl. She doesn't look like a boy. She looks like a baby.

If I say, "She's 4 months old," I'll look like one of those people who corrects you for inappropriately using "whom." I'll likely make you feel bad for no reason, and you'll profusely apologize: "Oh, I'm so, so sorry! Of course she's a girl. She's beautiful." You'll try to give some excuse for your error, like how you only have nephews or that my baby's hair is so short it threw you off. Then you incessantly apologize more. Most recently, I had a sweet older woman shun herself — "I'm such an idiot, I'm sorry" — before hanging her head and just walking away.

I felt like crap the rest of the day. It seems so did she.

It never fails that when I decide to play fast and loose with reality, there are inevitably follow-up questions: "What's his name?"

In trying to make you feel less awkward, I now look like someone who doesn't know her own kid's name.

At this point, I have to think on my feet, which I'm not good at doing, particularly as a sleep-deprived mom trying to run an errand. "Uh, it's . . . uh . . . Meh . . . Mark!" In trying to make you feel less awkward, I now look like someone who doesn't know her own kid's name. Which means now I'm the one apologizing for being so scatter-brained.

The only other options are A) blowing my cover and admitting that it was all a charade and my baby is a girl but I didn't want to make you feel bad by admitting that, which either makes you feel worse or think I'm insane, or B) pointing to something in the distance behind you and as soon as you turn to see, I run frantically in the other direction.

So, here's that favor I wanted to ask you for the inevitable next time you mistake my baby's gender. (And, not to get all Sociology 101 on you, but babies don't even have a "gender" at this point, and you certainly — I hope — can't see their genitalia, so there's no reason you should be expected to even know if a random baby at the supermarket's sex is male or female . . . at least without a clearly marked sign.)

The next time our conversation meanders down this ill-fated path, please do not apologize for it. Let's just both laugh it off, pat each other on the back for attempting a social interaction, and feel great about it all.

Or maybe I should just buy my baby a pink hair bow.