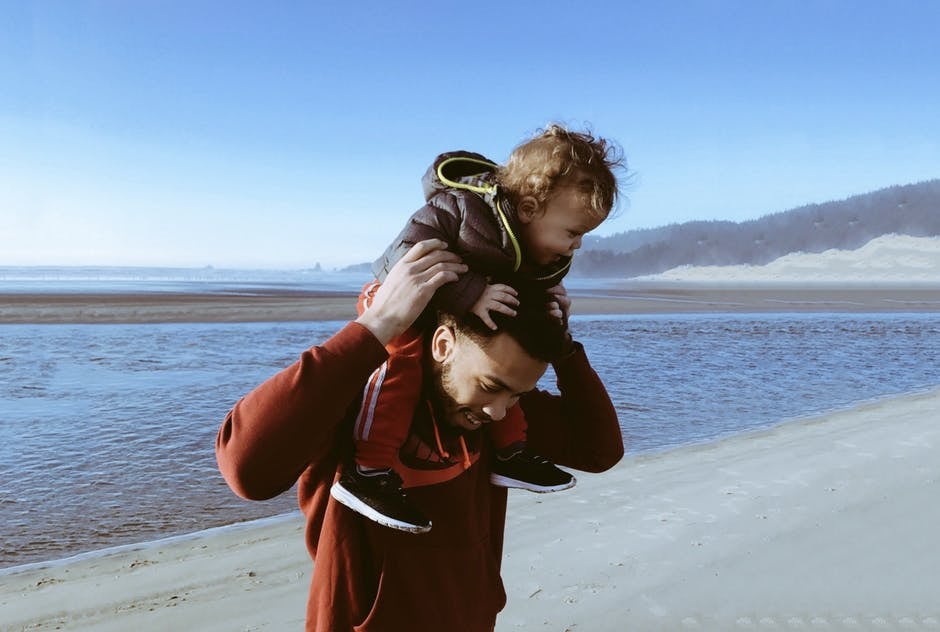 My husband was let go from his job and spent three months at home with me and the kids. While we were a little stressed about money, I'll admit that it was nice to have him there during the day. There were times when it felt like a huge relief to not be my kids' only source for their wants, needs, and cries. I found myself feeling grateful — almost indebted — to my husband for doing his basic parental duties. And each time a friend or family member would come over, they'd say things like, "At least Joe's been doing a lot to help with the kids. You're a lucky woman."

Are you f*cking kidding me?

He's their dad. It's his job to take care of them, just as it is mine.

I mean, yes, I am very lucky to be married to a man like my husband, but one of those reasons is certainly not because he takes care of the kids. He's their dad. That's his job, just as it is mine. While he was off of work, he did "help" out more by taking them to school and doing their laundry. But that's just it — they're his kids, too. I found myself wanting to scream at anyone who gushed about how sweet it was to see him waving to them at drop-off every morning as if it's extra special when the dad does it. News flash: it's not.

Related:
Just Because You Eat Clean Doesn't Mean You Should Force Your Kids To

In case people have forgotten, it's 2018. People coparent equally now. Women are not the only ones waking in the middle of the night to feed an infant, and men aren't the only ones heading off to work in the morning. Women are bosses and stay-at-home dads are becoming more and more common. And when men are fulfilling their dad role as they should, society should not be celebrating them with a "#1 Dad" trophy. Because that, my friends, is bullsh*t.

Women have spent centuries bearing the physical and mental loads of having children. Yes, we have uterus' where many of us grow the babies, then we push them out and *gasp* take care of them. Have we ever expected praise, a trophy, or shout-outs on social media for doing basic things? No, we do it because it's human nature to take care of your child. And if you have a partner, they need to do it, too — without getting so much praise that their head blows up like balloon.

Related:
8 Celebrity Moms Who Keep It Refreshingly Real on Instagram

So, yes, I am very lucky to be married to a man who actually likes to do this thing called parenting. But he doesn't need a parade of people applauding him for it. He's simply doing his job because he wants to, just like I always have, too.

Relationships
Is "White Lotus"’s Albie a Nice Guy, or Is He a White Knight Gone Wrong?
by Melanie Whyte 3 days ago

Family Life
Why Are More Couples Choosing the DINK Lifestyle?
by Devan McGuinness 5 days ago