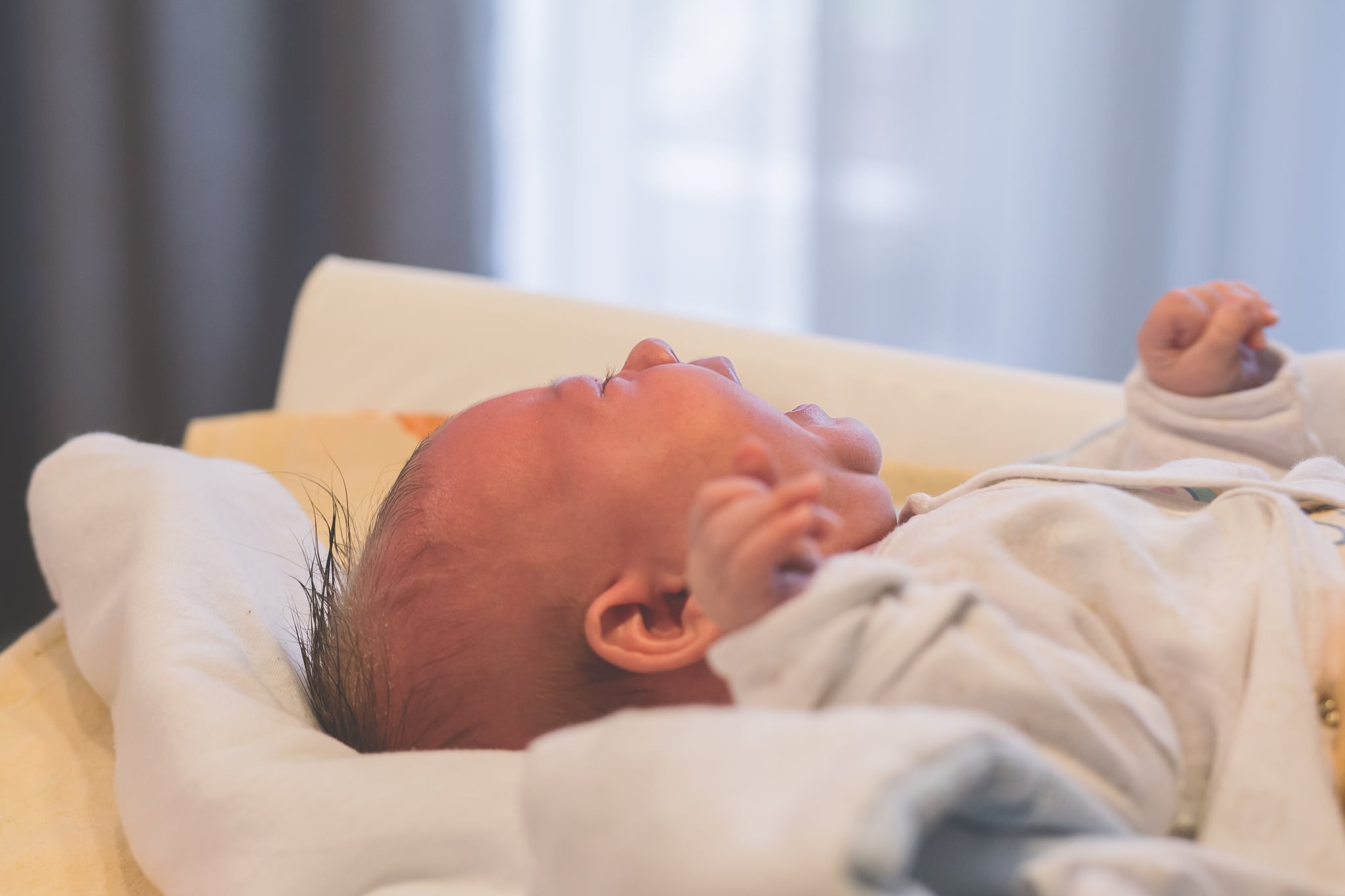 "Enjoy your break!" is what I — and many, many others — have (stupidly) said to a woman heading out on maternity leave. It's an easy mistake to make if you've never had a child. From the perspective of those back at the office, it does seem like the mother-to-be is going to be "resting" for six to 12 weeks, but I'm here to tell you the truth: there is no rest on maternity leave.

To illustrate just how deluded I was: just before I had my first child, I actually composed a huge to-do list of projects I planned to take on while I was "not working" for 12 weeks: reorganizing my digital music, cleaning out my closet, learning a new language. That list is still sitting somewhere. Nothing has been checked off yet, and it's been five years.

So, in order to get us all on the same page, here is my public service announcement to make sure the world knows that maternity leave is not, in fact, a vacation. Read through for five things you should know about what life looks like for a parent who has just had a baby.

The newborn clock never switches to the off position. New parents literally have reason to be on duty 24 hours a day with various responsibilities and tasks, including, but not limited to, feeding, diapering, and laundry.

Somehow, once this tiny newborn arrives at your home, you are busy in ways you never thought were possible — and the activity never stops. It's especially tricky because often one parent is home alone with the newborn, but most newborns are easily a two-man (woman?) job. And you have never seen so. Much. Poop.

Imagine this: you finally managed to feed your baby, which took an hour. Then the baby spit up all over themselves and the rug. Now you need to bathe the baby from head to toe, clean the carpet, and do the laundry. As soon as you are done with that project, you'll need to start feeding the baby all over again. Getting the idea?

2. You get basically no sleep.

The scenario I described above doesn't pause just because it's past midnight. Your baby doesn't know what time it is. And as a matter of fact, they are probably more wakeful and active at night. So you will probably end up like me, looking longingly out my window at the hundreds of apartments around me where people were sleeping. Because you will not be. A new parent is probably getting three to four hours per night — and they will definitely be interrupted. Probably by poop.

3. You get basically no break.

You know how now, in your workday, you can take a break to get coffee, chat with a colleague, or, well . . . go to the bathroom? Not so for a parent who is home alone with a newborn. I will confess there were days when I didn't manage to brush my teeth — and my dentist actually told me that it's a common problem he runs across with new parents. And I have peed while breastfeeding my son. (TMI?)

There's an extra little twist here, too: it's a truism that the second you endeavor to do something — i.e., the baby is sleeping, so you go to take a shower — the baby wakes up screaming and needs you immediately. Because they probably pooped.

4. If you're a birth mother, your body is hurting.

Not only are you working 24/7 with no sleep at this stage, you are sore in ways (and places) you did not know were possible. It's even worse (by far) for mothers who have C-sections (one-third of all births in the US).

There's also something that no one ever talks about: birth mothers bleed for three to six weeks after giving birth. So, you're probably bleeding, too.

Even though you are busier than you have ever been, your body very much needs any rest you can give it. And it's the truly "recovery" kind of rest, not the beach vacation kind. But you won't get much because it's probably time to feed the baby. Or change a poopy diaper. And because you're not resting well, it means your recovery takes longer.

5. Your learning curve is high.

Every single thing you're doing is probably something you've never done before now. Warmed a bottle? Changed a diaper? Swaddled? Burped a baby? Pumped breast milk? You are learning, like, 1,000 things a day while trying to figure out how to execute them all in the most effective way. That alone is exhausting, but it's especially bad in your viciously sleep-deprived, body-aching state.

So please, world, I implore you: next time you talk to a woman who is heading out on maternity leave, instead of saying "Enjoy your break!" maybe try, "May the Force be with you."

Note to expectant mothers: In case I've just scared the poop out of you, please understand that the newborn phase is truly just a phase. It passes quickly and one day (eventually) you will sleep and get breaks again. Just make sure you have a strong support network and a good sense of humor. You will love your baby so, so much that it will all be worth it.

Family Life
Is It Ever Safe to Show Your Kids' Faces on Social Media?
by Andi Breitowich 17 hours ago