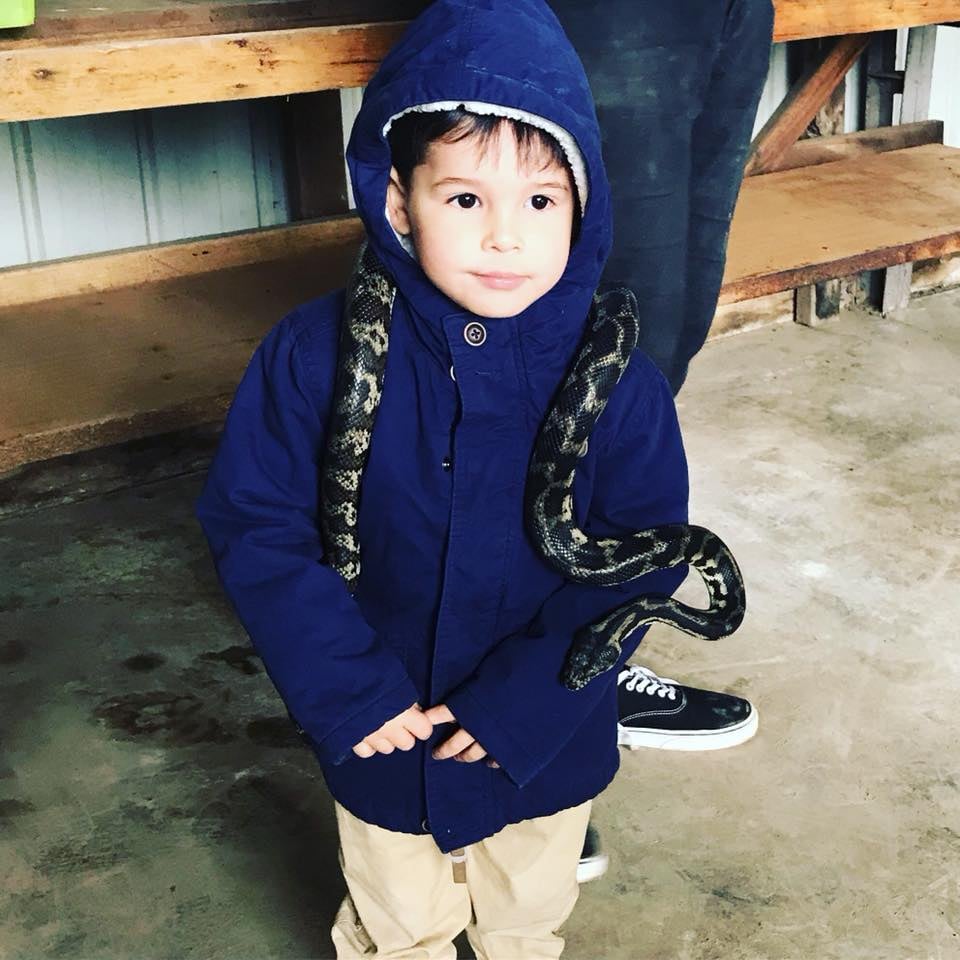 Even though it can be tremendously awkward in the moment, Laura Mazza, a mom and writer at Laura Mazza — Mum on the Run, doesn't feel obligated to make her kids hug anyone, whether they're related to them or not. In a Facebook post, she explained that although it might seem rude at the time, teaching your kiddos the importance of boundaries and forcing them to hug an aunt or uncle is more than a little bit contradictory.

"Recently relatives came to visit and asked for a goodbye hug, and my son promptly said no," wrote Laura. "This person said 'Ohhh, come on!! Just one big hug,' and I was looked at by the relative like I should encourage him by saying, 'Go on, give her a hug!' But instead, I said, 'That's Ok, you don't have to' . . . And what may have been considered as slightly awkward or rude on my part, it's something I'm proud as a parent to say or do."

Related:
Why Your Child Should Never Be Forced to Hug a Relative

Despite the disapproving looks shot in her direction, Laura didn't change her decision. After all, it's her job to keep her children's best interests in mind.

"Because I'm teaching my kids that no means no and that's it's OK to say no."

"My responsibility first and foremost is to my children. As their mother, it's my job to stand up for them when they can't and teach them to learn to stand up for themselves," said Laura. "I am their safe place, one that they trust, and I won't abuse that by insisting that they do something that makes them feel uncomfortable to be polite."

And this sentiment doesn't just apply to her son's interactions with his relatives. Laura believes that the "no means no" mentality should be honored across the board.

Laura believes there are many ways to still be "nice and a good person" without giving into someone else's demands for a hug or kiss.

"Unfortunately, I know all too well what it's like as a child to be obliged to do something and be polite as you were taught, and we only have to spend 10 minutes on social media to see the statistics of children being forced into situations isn't a low one."

For the time being, Laura's planning on taking the awkward conversations in stride for the sake of her kids.

"But for now, I'm their voice and I'm their advocate and I'll make it count, and hopefully that'll give them the strength in all situations to remember my words and to know that they don't have to do anything they don't want to with their body and that no means no and walk away."