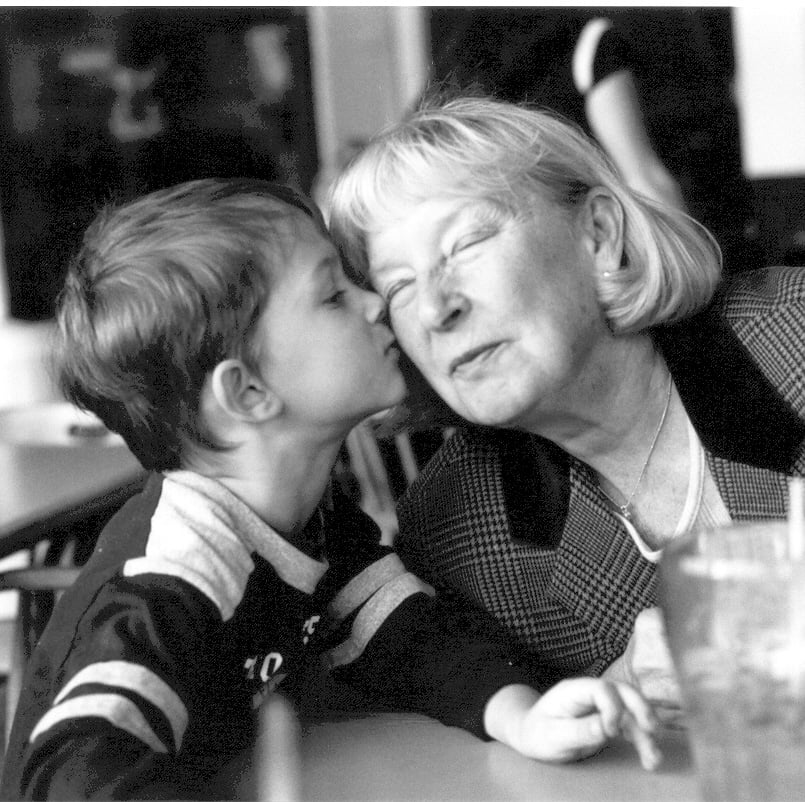 Whenever we head into the holiday season, a family vacation, or into visits with grandparents, aunts, uncles, and cousins, there's one awkward situation that will arise in many families that most parents will be unprepared to deal with: relatives who expect hugs and kisses from little ones — even when those little ones don't want to show them affection.

To spare a relative's feelings, many of us will urge a small child to endure or even return this unwanted physical contact. But should we? What messages are we sending to our kids about their body boundaries when we do this?

How to Avoid Teaching the Wrong Lessons

A CNN article entitled I Don't Own My Child's Body that explores these questions is the subject of lively discussion here. Katia Hetter, its author, asserts that, "Forcing children to touch people when they don't want to leaves them vulnerable to sexual abusers, most of whom are people known to the children they abuse."

Assuming that giving Grandma a kiss on the cheek could have anything at all to do with the sexual abuse of a child might seem crazy at first blush, but Nichole M. feels Hetter's connection makes perfect sense. "You're violating their comfort zone and the kids may learn to accept anyone into those uncomfortable spaces." Lisa E. also agrees, and shares how she's teaching her own son about respecting his body and his own physical space:

"The boundary we're teaching our child is to listen to his own 'gut feeling.' He tells us whenever he feels uncomfortable around someone (usually whispering so he doesn't hurt feelings). He never has to touch or be touched if he feels uncomfortable — family or otherwise. I will never force him to kiss anyone — even if a great aunt is visiting who may get her feelings hurt. Hugs and kisses are his to give and are not compulsory."

Hetter also reminds us that forcing our kids to be affectionate when they don't want to can impact their sexual relationships as teens, because it "teaches them to use their body to please you or someone else in authority or, really, anyone."

"Affection should never be forced."

In addition to preventing abuse, many moms feel it's important to try to understand how your child feels when a relative demands physical affection. Jenni D. references her own memories from childhood as a guideline in her parenting: "As a kid, I didn't like to be hugged or kissed much except by my mom, and hated when my grandma would force me to kiss her goodbye. As an adult, I love giving kisses and snuggles to my kids, but if they would ever seem like they didn't want me to hug or kiss them I would respect that."

As Jenni D.'s comment points out, forced affection between a parent and child is concerning as well. Stacey's kids became uncomfortable when her husband, who is their stepfather, became too demanding of hugs and kisses. In situations like this, members urge Stacey to have her husband back down. Lorena M. explains that "kisses and hugs should come out because one feels like giving them and not because they're pressured." A reader who goes by "Dove" is even more emphatic: "Affection should never be forced."

How to Head Off a Relative's Hurt Feelings

Toddlers often test our patience by refusing to do things that we actually do have to find a way to make them do, such as eating, bathing, and behaving well. However, refusing affection should not be equated with bad manners or bad behavior. Hetter asserts that children can (and should) be polite and respectful while still maintaining their own personal boundaries: "Manners — treating people with respect and care — is different than demanding physical displays of affection."

A good first step may be to explain your policy to relatives. Adults, even close relatives, should be able to respect your decision. Hetter found that while it can be more work, it can also lead them to truly appreciate the affection they do get from your child. "I explain to relatives who want to know why we're letting her decide who she touches, and when she does hug them, the joy is palpable — not from obligation or a direct order from Mom," she says.

Hetter also offers suggestions for greetings that are less intimate, and that are perfect for a child in the early stages of getting to know a new family member. Instead of kisses and hugs, encourage a handshake or a high-five: "When kids are really little and shy, parents can start to offer them choices for treating people with respect and care. Even shy kids can shake somebody's hand or wave or do something to communicate respect and care."

Far from disappointing, these alternatives can actually strengthen a relative's relationship with your young child, as Angie S.'s story shows: "You could do what my boyfriend and our son do, they have a special hand shake. He will even stay awake, and when he hears his dad come home from work he'll come out just to do their shake."

How do you and your child handle social situations?