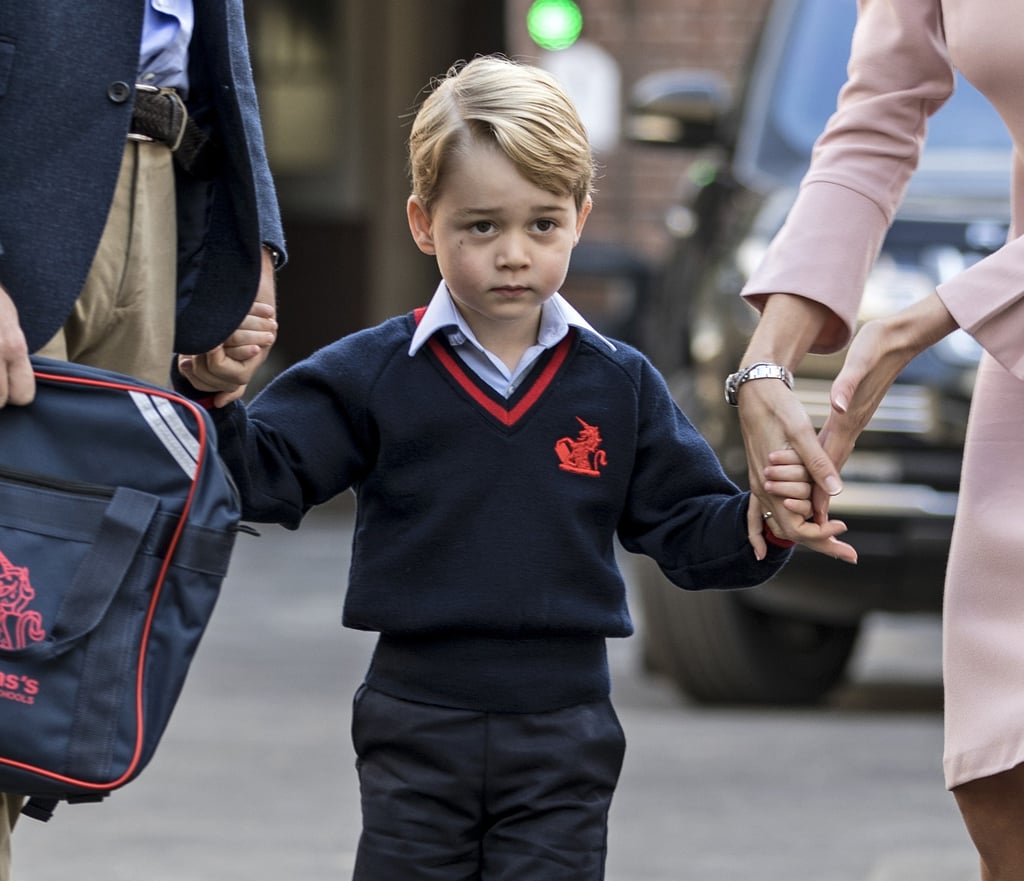 Today is Prince George's first day of school, and unlike when he arrived last September for kindergarten with his dad while Kate Middleton was battling severe morning sickness, it's likely both his parents will be escorting him this time. But if you were hoping to peep some adorable photos of the 5-year-old heir in his dapper uniform and perhaps an oversize backpack, you're in for some disappointment.

Although his first-ever day of school at Thomas's Academy in Battersea last year was captured by photographers, Kensington Palace will not likely release any official portraits of Prince George heading off to first grade.

In fact, the media were not invited to record his arrival this September.

Related:
What Back-to-School Looks Like For Royals: Here's What Prince George Can Expect in Year 1

Apparently, it's royal tradition that children are pictured on their very first day of school, but aren't photographed in subsequent years to protect the family's privacy — which would explain why there are only a handful of photos of Prince George heading to Westacre Montessori nursery school in 2016, and why images of both Prince William and Prince Harry from their school tenure are rarities.

Still, if you want to appreciate all the cuteness that is the little prince heading off to school, here's a quick look back at his two previous first-day photo ops.

Previous Next Start Slideshow
Back To SchoolPrince GeorgeThe British Royals