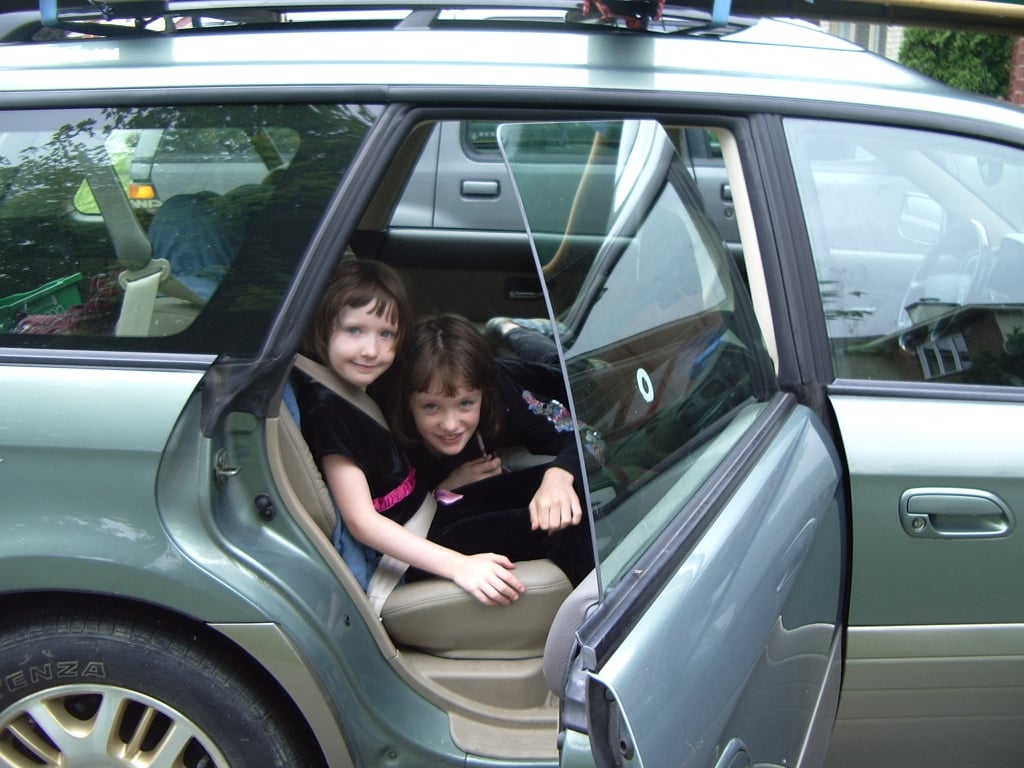 Let's get the knee-jerk reactions out of the way: Amy Amos left her child in a hot car.

It was a terrible accident, her son survived, and she's understandably shaken by the experience. But instead of dwelling on what happened — or, worse, what could have happened — the Ohio-based mom is opening up about that devastating mistake because she realized what she'd forgotten to do that could have prevented it from ever happening.

"Tonight I realized my son, who will be four in just a few days, couldn't open the car doors from the inside by himself," she wrote in a blog post. "He's strong, he's big for his age, and he's smart. But the door handle didn't open easily for him and he panicked."

The realization came after she replayed the day's turn of events. After a day at the pool, the mother of three pulled their car into their driveway. She "made sure he was unbuckled from his car seat" and that his car door "was wide open" before she hurried inside. She was pregnant with twins and had to pee.

"He often walks inside slowly, stopping to look at random crumbs in the car seat or ants on the ground," she said. "Our neighborhood is relatively safe, he knows not to wander off, he knows how to open the front door by himself. My older kids were also walking inside, he wasn't even alone."

But after 10 minutes, she noticed he wasn't there. She looked all over the house for him before realizing he was still in the car.

"The doors were shut, he was sweating and sobbing with his face pressed against the window," she wrote. "It turns out that as we walked inside earlier he was laying on the floor of the car looking for his lost flip-flop. One of the other kids thought he had already gotten out and that he had just left his car door open, so she closed it trying to be helpful."

But her youngest child couldn't physically get the car doors open, and if they waited much longer, he could have lost his life.

Amy then wondered: "Why isn't it a thing we teach our kids?"

In that moment, she decided that she'd do just that — and warn parents about the need to do it for their young kids, too.

"Tomorrow my 3-year-old will be practicing how to open the car from the inside all by himself: opening the door handles, how the locks work, and how to honk the horn until someone comes to help if you can't open the door. And the buttons, too! Our Highlander has a button by the steering wheel that opens the back hatch. He will be practicing how to find and push that button successfully.

I'm also going to make sure he can unbuckle his car seat. I'm fairly certain he will be able to at least undo the chest clip, and I'll have him practice pulling his legs up and out from there, just in case he ever finds himself in the car and needs to get out.

It's not a thing that I've ever heard of or thought of — practicing how to get out of the car. But it should be. It should be something that preschool kids are taught, just like we tell them what to do in case of a house fire. We have fire drills. Why not car escape drills? We teach them how to swim, how to float on their backs if they fall in water accidentally and can't get out, yet we don't teach them how to get out of the car sitting in the driveway."

She realized almost too late that although preschool-aged kids have some independence, we all probably take for granted that there's still "so many things they can't do" that we may not realize.

Her advice? "Please take 10 minutes of your day and be sure your kids at least know how to push the buttons and honk the horn if they accidentally get in the car alone . . . You never know."