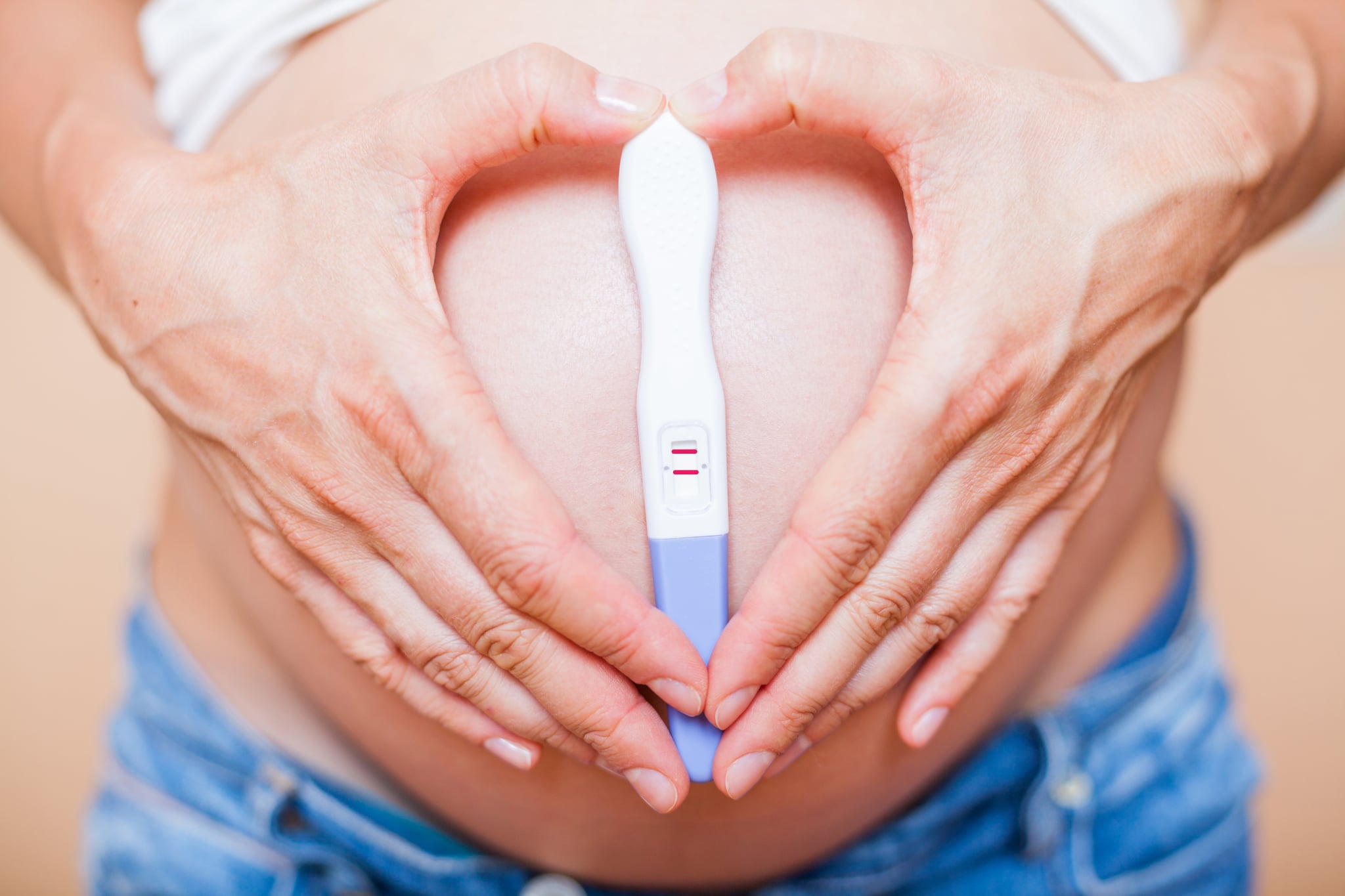 A new practice called "tweaking" is sweeping the community pages of popular parenting forums, where every few minutes, optimistic women are posting photos of their negative pregnancy tests in the hope that someone's photoshop skills can bring out that faint second pink line and confirm a possible early positive.

This pregnancy test "hack" (which comes with a set of very official-looking rules for users to follow) is bringing together groups of women who come from a variety of backgrounds but are typically trying very hard to conceive — some have children, some are trying for their first, others have had miscarriages and are hoping for a rainbow baby — and though the process isn't an exact science, it's giving a lot of women hope.

However, while an early test could be tweaked to show a positive, there could be a number of reasons why that second line seems to appear — it could be a dye run, an indent, extra pixels from harsh editing, or more devastatingly, it could actually be positive and bring to light a chemical pregnancy, which is an early miscarriage resulting from a fertilized egg failing to survive (something that without tweaking commonly goes undetected). Users are urged to take a later test to confirm tweaked positive results.

It's possible that this seemingly harmless practice could be providing false hope and creating potentially devastating situations for women and their families, but at the rate these forums are growing, it doesn't seem like tweaking will be coming to an end any time soon.

The Tonight Show Starring Jimmy Fallon
Ilana Glazer on Being in Her Third Trimester: "Now That I'm Not Puking, This Is Really Cool"
by Alessia Santoro 1 week ago