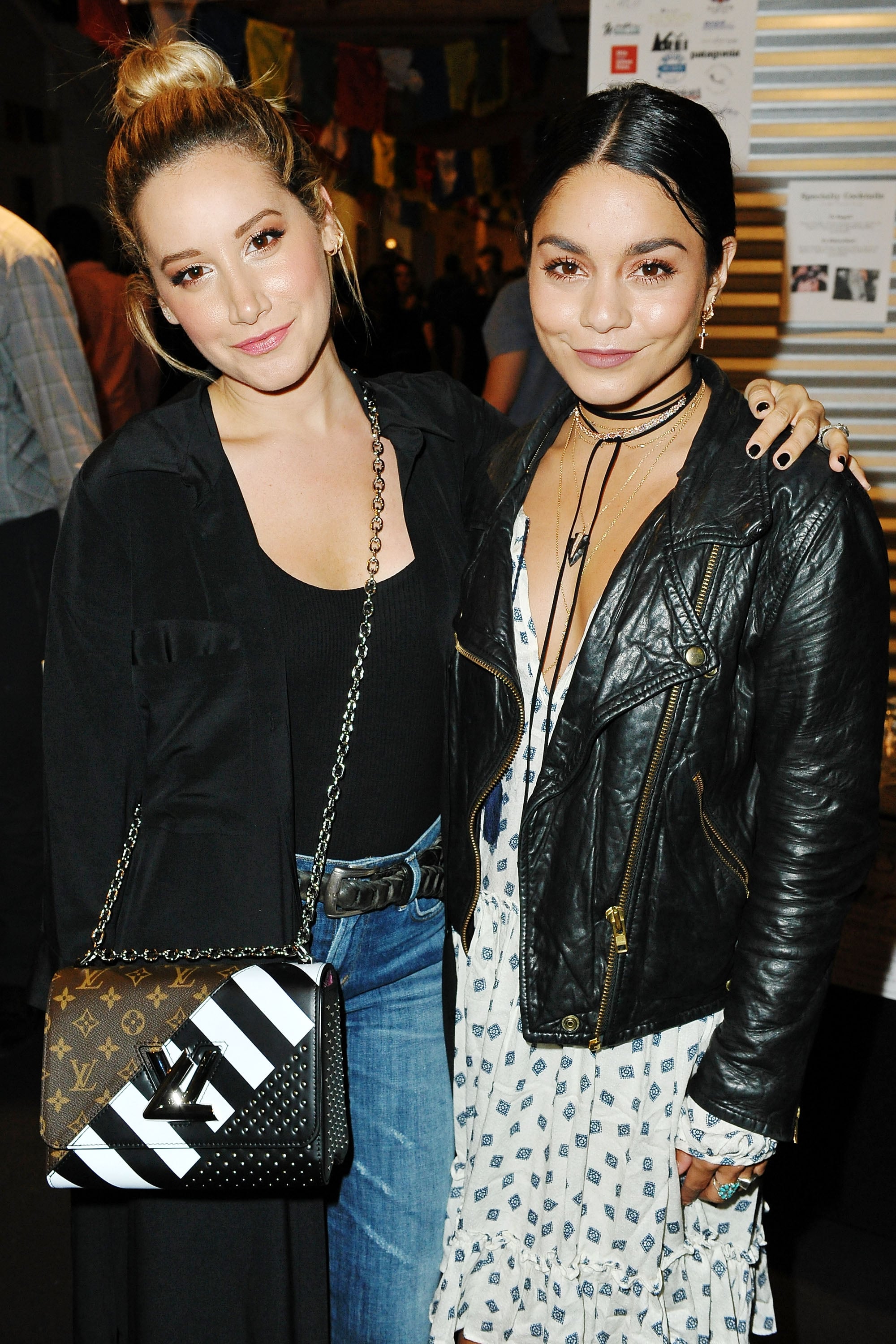 Ashley Tisdale is one of many moms whose pregnancy expectations were upended by the COVID-19 pandemic. She and her husband, Chris French, were in lockdown as they awaited the arrival of their daughter, Jupiter — who was born in March — which meant they had limited contact with their loved ones. This includes Ashley's former costars turned close friends, like Vanessa Hudgens, whom she met filming Disney's High School Musical series. While speaking with POPSUGAR about Enfamil Enspire baby formula, Ashley recounted the meaningful and emotional introduction between Jupiter and Vanessa.

Ashley admitted she wished she'd been able to see her friends more during her pregnancy to share this special time with them, but COVID limitations made it impossible. Eventually, group restrictions lifted and she aligned her schedule with Vanessa's in late May, making way for a sweet day with baby Jupiter. "It was the sweetest thing ever," Ashley recalled. "And [Vanessa] was tearing up the entire time."

Related:
Gwen Stefani and Blake Shelton Are Married! Meet Gwen's 3 Boys Who Helped With the Proposal

Jupiter did something for Vanessa that Ashley had never seen before. "She did this thing where she went and opened her arms for [Vanessa] to hold her," Ashley said. That's a pretty advanced move for Jupiter, who was only 2 months old at the time. "I've never seen her do that. She just doesn't do that yet. She's still obviously gaining strength, but she was like, 'Oh my gosh, here hold me.'" For Ashley this was confirmation that Jupiter could sense Vanessa's connection to them both. "She really fell in love with Vanessa," she said. "I think she just knew how important she is to me."

Ashley is also excited to introduce Jupiter to two other costars who've made her life sweeter for the past 15 years: Cole and Dylan Sprouse. The twins have been there for Ashley's "big moments," like her wedding. Ashley said she texts photos of Jupiter to Cole, and she's already making plans for Jupiter to meet the twins when they're all in the same city. "Seeing my friends with Jupiter is honestly so cute."

Lily Collins
Lily Collins Has a Famous Dad, but Says She Doesn't Use His Name as a "Free Pass"
by Njera Perkins 4 hours ago