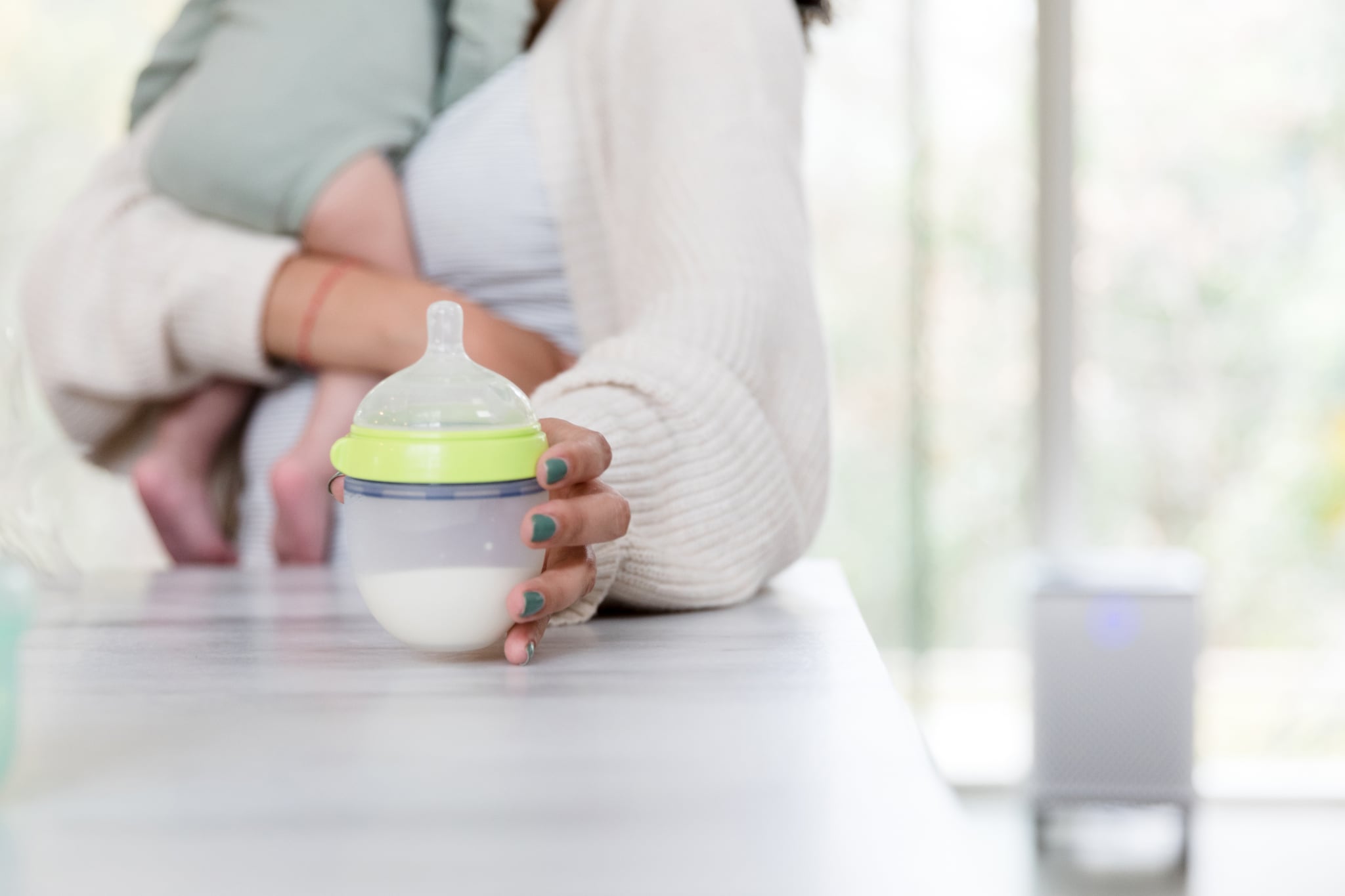 The baby-formula shortage in the US continues to evolve, with Bloomberg reporting earlier this month that one out of every five states is 90 percent out of stock. While the catalyst for this crisis — the Abbott factory in Sturgis, MI — restarted production the weekend of June 5, it's prioritizing specialty formula, which still won't reach shelves until roughly June 20, leaving many parents nationwide scrambling to feed their children for the near future. The factory was shut down in February following a US Food and Drug Administration inspection that found Cronobacter sakazakii bacteria, which can be deadly to infants.

I've heard people ask, "How can this happen?" But as a business owner, a mother of six, and a certified lactation counselor, I've seen the writing on the wall for quite some time. Surely, no one could have predicted the crisis this country finds itself in today, with parents spending hours searching and traveling to find just enough formula to last them a few days more. No, it's not the shortage itself that is predictable but rather the reliance on American parents to figure out yet another dire situation without the societal safety nets necessary to support them and their families.

It's not the shortage itself that is predictable but rather the reliance on American parents to figure out yet another dire situation without the societal safety nets necessary to support them and their families.

When I founded Latched Mama seven years ago, I had two children under 2 years old, and like many parents at that stage, I was struggling to find a purpose in the sea of diaper changes, Target trips, and mommy-and-me gymnastics. It was then that I found my passion in providing for other women what the experience had lacked for me: support, community, and postpartum clothes that actually fit. As the business grew, so did the community (now nearly half a million members), and both have revealed the innumerable ways policymakers in this country have discounted parents' and mothers' roles in society.

The US government's failure to support maternal health begins with childbirth, an event that is more likely to kill women in the US than in any other developed country, with the risk being three times higher for Black women. If they survive childbirth, new parents can then attempt to learn how to breastfeed, a task for which there is very little access to the resources or education necessary to be successful beyond the hospital walls. From there, they're expected to return to work while still recovering because they live in one out of only a small handful of countries in the entire world with no guaranteed paid leave, with the added challenge of finding affordable childcare. At work, since breastfeeding works on supply and demand, new parents will need to pump, and depending on their employment classification status, they may not get paid while they take breaks to pump, which in the first year of a child's life can equate to 1,800 hours, nearly the equivalent of a full-time job. If for any reason they cannot breastfeed — whether they choose not to, they can't for health reasons, or the challenges of pumping seem insurmountable combined with unpredictable hormones and sleepless nights the postpartum stage brings — in our current climate, they must spend hours, even days, searching for baby formula they may never find.

With all these barriers at play, it's no wonder that only 26 percent of children in the US are exclusively breastfed up to 6 months old, the duration recommended by the World Health Organization. And the toll that's taken on the parents cannot be overstated. On top of the challenges I've laid out above, parents may also deal with formula shaming and other consequences of the unrealistic expectations we impart on parents in this country. The results of this kind of pressure can be dire: the leading cause of death for mothers in the first year of a child's life is self-harm, according to a recent analysis presented at the 2021 virtual meeting of the American College of Obstetricians and Gynecologists.

In lieu of action from policymakers to support parenthood in the US, I took a stand the best way I knew how: as an employer. All of Latched Mama's 42 employees, 90 percent of whom are mothers, receive 100 days paid parental leave, as well as the benefit of bringing their child to work with them up to 18 months old. Employees are provided free services such as birth doulas, postpartum doulas, in-home pediatrician visits, and support by our own 12 staff lactation counselors, who also provide free public support to anyone who reaches out.

This is what support for parents looks like. By providing radical workplace benefits where the government has come up short, I hope to make the transition to parenthood easier for my employees and to retain them when they return to work.

Formula will return to shelves, and when it does, parents in America will soldier on. But the missteps that led to this crisis will remain unchanged. The US government has put maternal health in the hands of employers. In a country where policy follows the lead of capitalism, it's up to us as business owners to influence societal change. We can't continue to let our country's parents down.

Melissa Wirt is the CEO and founder of Latched Mama, a breastfeeding-apparel company whose parent-friendly policies are setting a new standard for flexible work. A certified lactation counselor, Wirt founded Latched Mama in 2014 in response to the lack of comfortable, stylish, and affordable nursing-wear options for women. Latched Mama has since grown into a robust brand and community that counts close to half a million members and has been featured in media outlets ranging from Business Insider to USA Today to CBS This Morning. A native of Richmond, VA, Wirt currently resides in Chesterfield, VA, with her husband, Eric, and their six children.