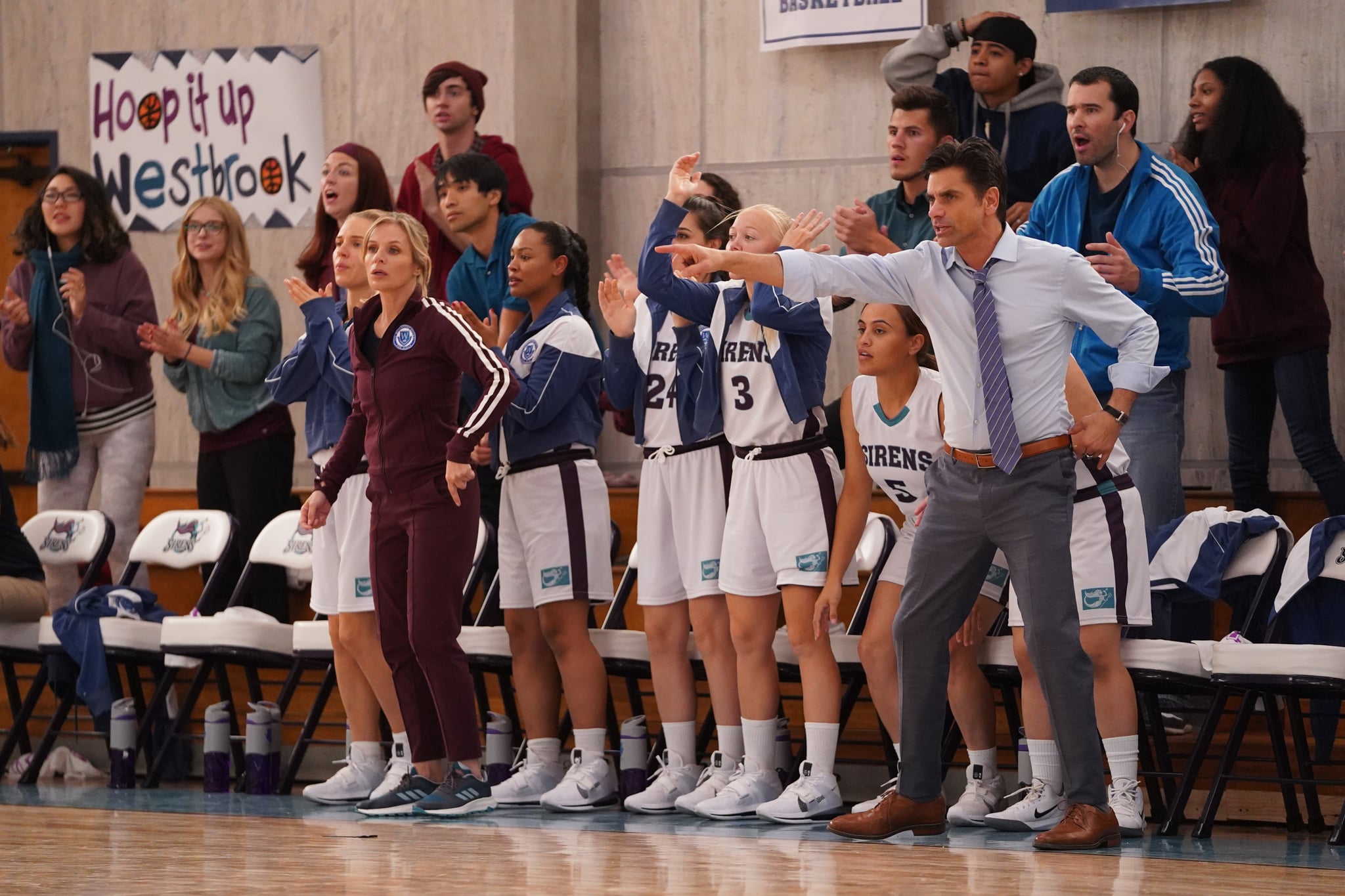 Uncle Jesse, I mean, John Stamos is back, and this time he's learning how to get along with a whole new group of girls in Big Shot, now streaming on Disney+. This new series stars Stamos as Marvyn Korn, a temperamental college basketball coach who gets fired and has to take the only job he can get — as the girls' basketball coach at an elite private high school in San Diego. Unlike his former position, this job requires Coach Korn to have empathy and vulnerability, leading him to connect with the players and grow into a better person himself. The show also stars Jessalyn Gilsig as assistant coach Holly Barrett, Yvette Nicole Brown as principal Sherilyn Thomas, Sophia Mitri Schloss as Emma, Nell Verlaque as Louise, Tiana Le as Destiny, Monique A. Green as Olive, Tisha Custodio as Mouse, Cricket Wampler as Samantha, Darcy Rose Byrnes as Harper, and more.

Here are a few things to keep in mind before streaming the first episode of Big Shot with your kids.

Despite its clueless white man trope (designed to make us dislike Coach Korn), I thought the Big Shot pilot was a heartfelt, diverse, emotional tale of girls finding themselves, discovering self-confidence, and learning how to stand up for themselves, which makes for great viewing for the whole family. One episode in, and I'm already rooting for Coach Korn to show more of his nice guy side, the girls to come together to chase their dreams, and the world to recognize the power of women. Like Coach Barrett said, "These girls are going to lead the world some day." I can't wait to watch them do it!