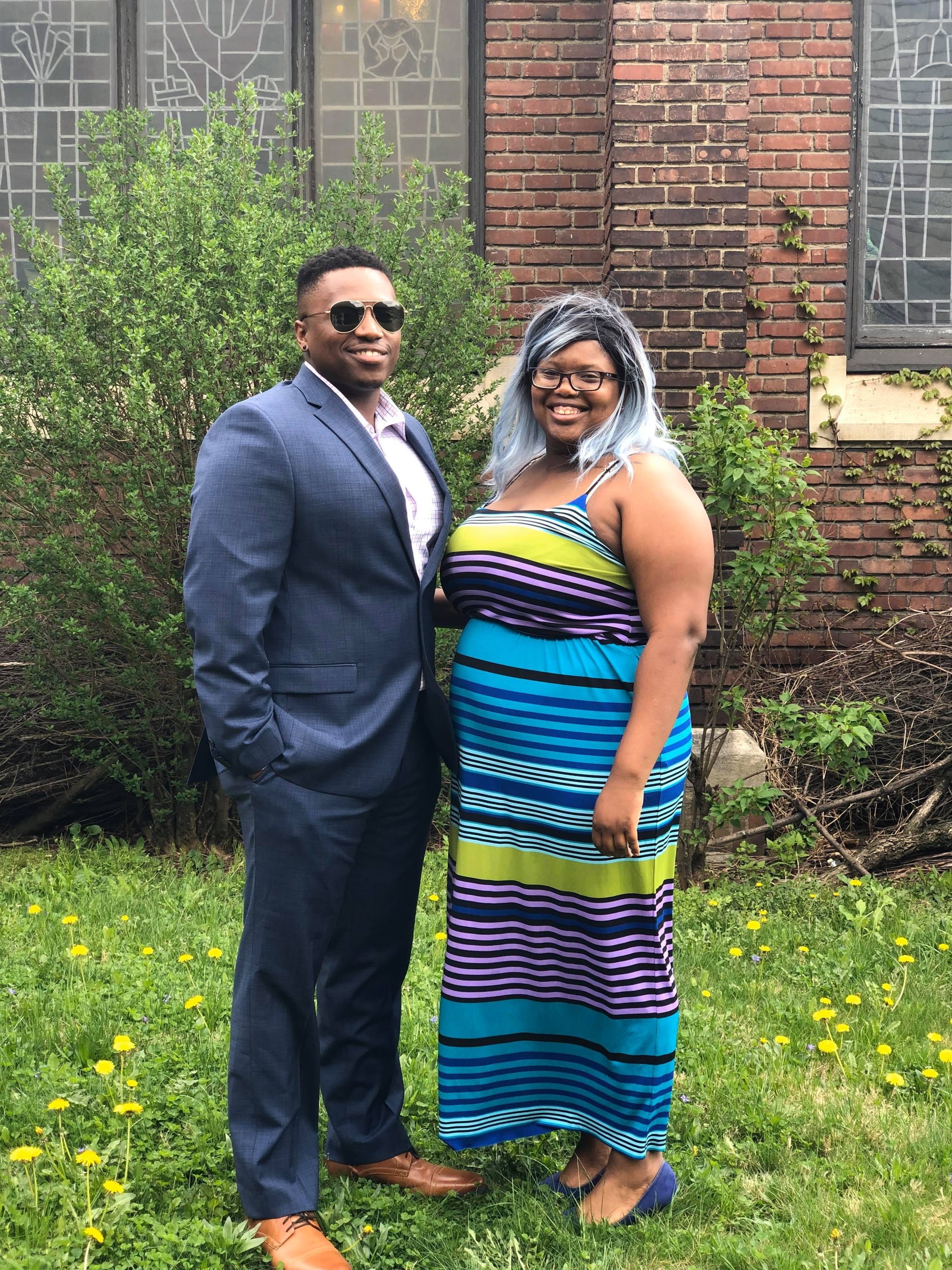 Stephan Quatorze and his younger sister, Arielle, remember moving to Long Valley, NJ, like it was yesterday. Respectively 12 and 11 years old at the time, their mom moved them to the quiet agricultural town to give them a chance to learn in a top-rated school district. Having grown up in a town that's 90 percent white, Stephan and Arielle discussed some of the benefits and challenges they experienced as kids.

"When I was younger, I had conversations with my mother about being a young Black man in a mostly white area," Stephan told POPSUGAR. "But I was kind of naive to what that actually meant. I was like, 'Oh, I'll be fine. I don't get in trouble. I know how to use my words to get out of certain situations and make things better.' But seeing the way that the world is now, I wish I had discussed how to interact with police more often with my parents."

Related:
A Biracial Woman on Growing Up With White Parents: "I'm Learning the Truth About the World"

Although Stephan and Arielle both agree that their mom made the right decision to move their family to Long Valley, they remember having specific conversations with their peers that often left them feeling uneasy.

"I recall having a lot of discussions about my hair when I was in middle and high school," Arielle shared. "I would go to my grandma's on the weekends and get my hair done. On Fridays, I would have a certain hairstyle, and then I would come back to school on Monday and it would be completely different. I'd have people ask if it was a weave or if they could touch it. I felt like they were saying, 'Oh, your hair looks a little white now,' depending on the style I had. But that's not a thing. My hair is different, and no, you cannot touch it."

"If you said something 12 years ago and you acknowledge it was wrong and that you need to change, then I believe you're taking an important step."

Arielle also reflected on the first time she really experienced pointed racism, when she was in middle school. She explained that during class one day a fellow student called her a racial slur in earshot of a teacher. "I'm now 25 years old and I still remember it like it was yesterday," she explained. "I'm not calling this particular student a bad person, but I want them to realize that words linger."

Although Arielle has recently reconciled with the person in question, she wants people who have made similar ignorant comments when they were younger to take the time to reflect. "I personally think people can change, but I also think at a certain age we are set in our ways," she said. "If you said something 12 years ago and you acknowledge it was wrong and that you need to change, then I believe you're taking an important step."

Stephan recalled receiving some comments about his love of skateboarding and rock music growing up. Considered by some to be "white" hobbies, he distinctly remembers being called an "Oreo" — slang for a Black person who is perceived as having adopted the attitudes, values, and behavior of white society.

"I wore skater clothes and I changed up my wardrobe beginning in seventh grade," he explained. "I would get a lot of comments like, 'You're not really all that Black. You're more white than you are Black,' because of activities I did. People thought they were being funny, but it really bothered me. My mom is also a well-regarded social worker in New Jersey. Growing up, people assumed that African-Americans spoke a certain way or in a certain manner. My sister and I didn't necessarily speak like that. I wouldn't say it's because I'm more educated. I would say because that's just how I've grown up with my mother."

Although Stephan and Arielle never had any problem standing up for themselves, having to explain to their mostly white peers that microaggressions were offensive eventually became exhausting.

"You don't want to have to explain to someone why that comment is wrong. They should just know."

"Sometimes you brush certain comments — like, 'Hey, I'm gonna be as dark as you after the summer!' — off because you don't want to start an argument," Stephan explained. "You don't want to have to explain to someone why that comment is wrong. They should just know. When we were younger, kids weren't educated on how to say certain things or how to speak to certain people. If Long Valley were more diverse, those people grow up learning that certain things you can't say, certain things you can't do."

Arielle agreed, noting that she sometimes felt like her peers were trying to provoke her with insensitive remarks. "At the end of the day, you also have that stigma of African-Americans being aggressive and loud," Arielle said. "I didn't want to fall into that stereotype. Not to take away from my brother's experience, but I think it was easier for guys to say cruel things to me compared to my brother because I'm female."

Stephan doesn't blame kids he went to school with for growing up in a mostly white space, but he wants others to be open to discussions about race beyond this moment in history.

"If you spend your whole life around white people, and then you start to see Black people when you get to high school, you might not know how to react or realize when you're saying something offensive," he explained. "I would feel the same way if I went to school with mostly Black students. My mom taught us how to say certain things, how to act, and how to be kind. People just need to be open to having those conversations."