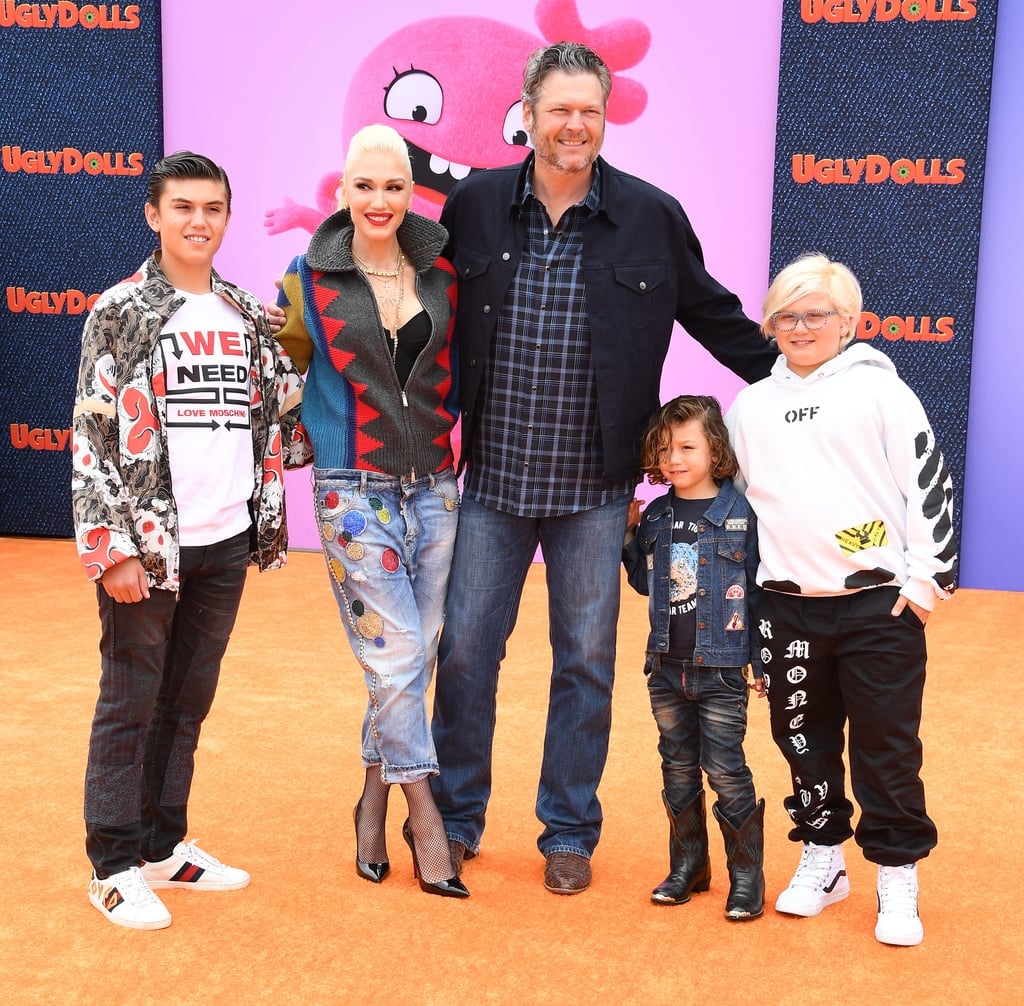 Apparently Blake Shelton had help from Gwen Stefani's three sons — Kingston, 14, Zuma, 12, and Apollo, 6 — when he popped the big question! A source close to the couple recently told Entertainment Tonight that it was really important to Blake that Gwen's children were involved with the engagement.

"Blake is very close to Gwen's boys," explained the source. "They talked it through and Blake made sure they were part of the excitement! Blake had a custom-made engagement ring. He knows the designer and has used them in the past to make bracelets for Gwen."

Anne Hathaway Finally Shared Her 11-Month-Old Son's Name, and It's a Classic

The country singer also asked Gwen's dad for permission first. "Blake's plan to propose to Gwen began by asking her father for her hand in marriage," said the source. "Gwen is very traditional, so he truly felt that asking her father for approval was the proper thing to do. And her father adores Blake. Gwen has been ready to tie the knot for a long time and Blake knew this was the perfect time."

"They talked it through and Blake made sure they were part of the excitement!"

After meeting on The Voice in 2015, the pair opted to ease into the relationship, but after spending so much time together amid the pandemic, Blake was ready to make things official. "Blake has been the one who wanted to take it slow in the beginning but recently he decided it was time. During the pandemic, they've had lots of downtime together and he truly saw the importance of spending life with the person you love," said the source. "Gwen takes marriage very seriously and was disappointed that her first marriage [to Gavin Rossdale] didn't work out. She wasn't in a hurry because she wanted to ensure Blake was ready."

"They both live incredibly busy lives and have managed to make sure they work together and spend as much time as they can together," continued the source. "The pandemic has given them both the time they needed to slow down and just appreciate and love each other."