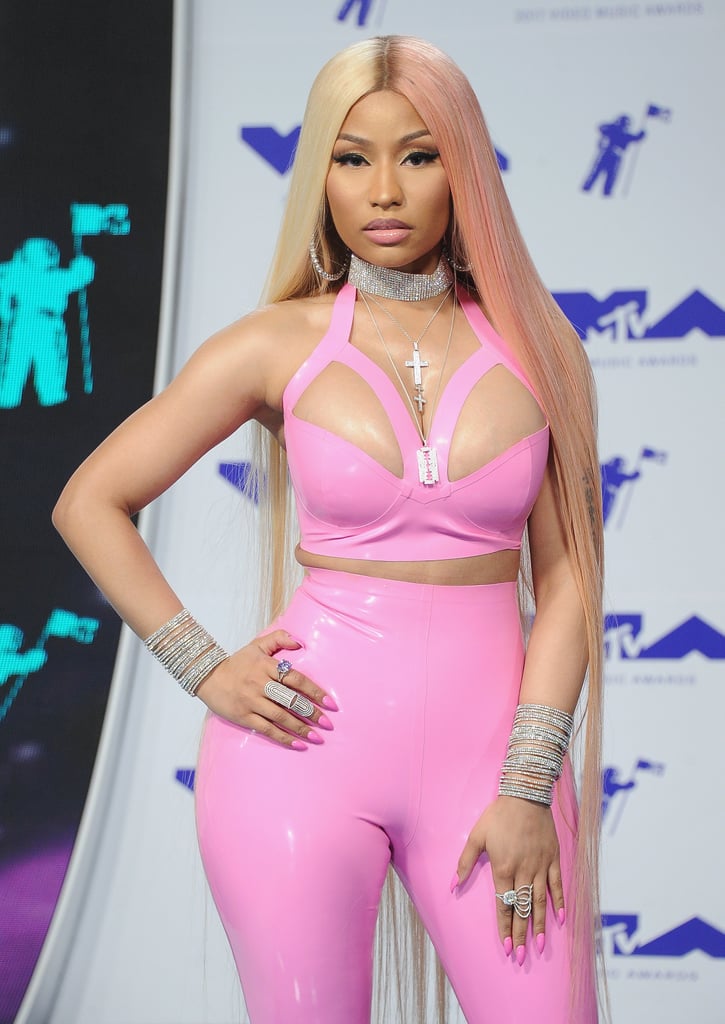 Nicki Minaj and husband Kenneth "Zoo" Petty welcomed their son on Sept. 30, and he's way too precious. Although we've only had a few glimpses of the 38-year-old rapper's firstborn, we're already obsessed with him and his adorable style. Nicki first gave fans a peek at the infant in October, posting a photo of her holding one of his tiny feet. She then shared a full look at the bundle of joy in an Instagram tribute on Jan. 2. The post includes a collection of pictures in which the tot rocks designer outfits and accessories.

"#PapaBear thank you so very much for choosing me to be your mama 🎀🦄🙏 Wishing you guys a happy & prosperous New Year," Nicki captioned the post. "Thank you for your love & support throughout this journey. It's meant so much to me. Becoming a mom is by far the most fulfilling job I've ever taken on. Sending love to all the superhero mothers out there. Big hugs to all the women who have been pregnant during this challenging time."

Nicki hasn't revealed the name of her son, though she told fans that she almost named him Ninja. For now, she publicly refers to him as "Papa Bear," a nickname. Look ahead to see the baby's sweet snaps!

by Lindsay Kimble 32 minutes ago