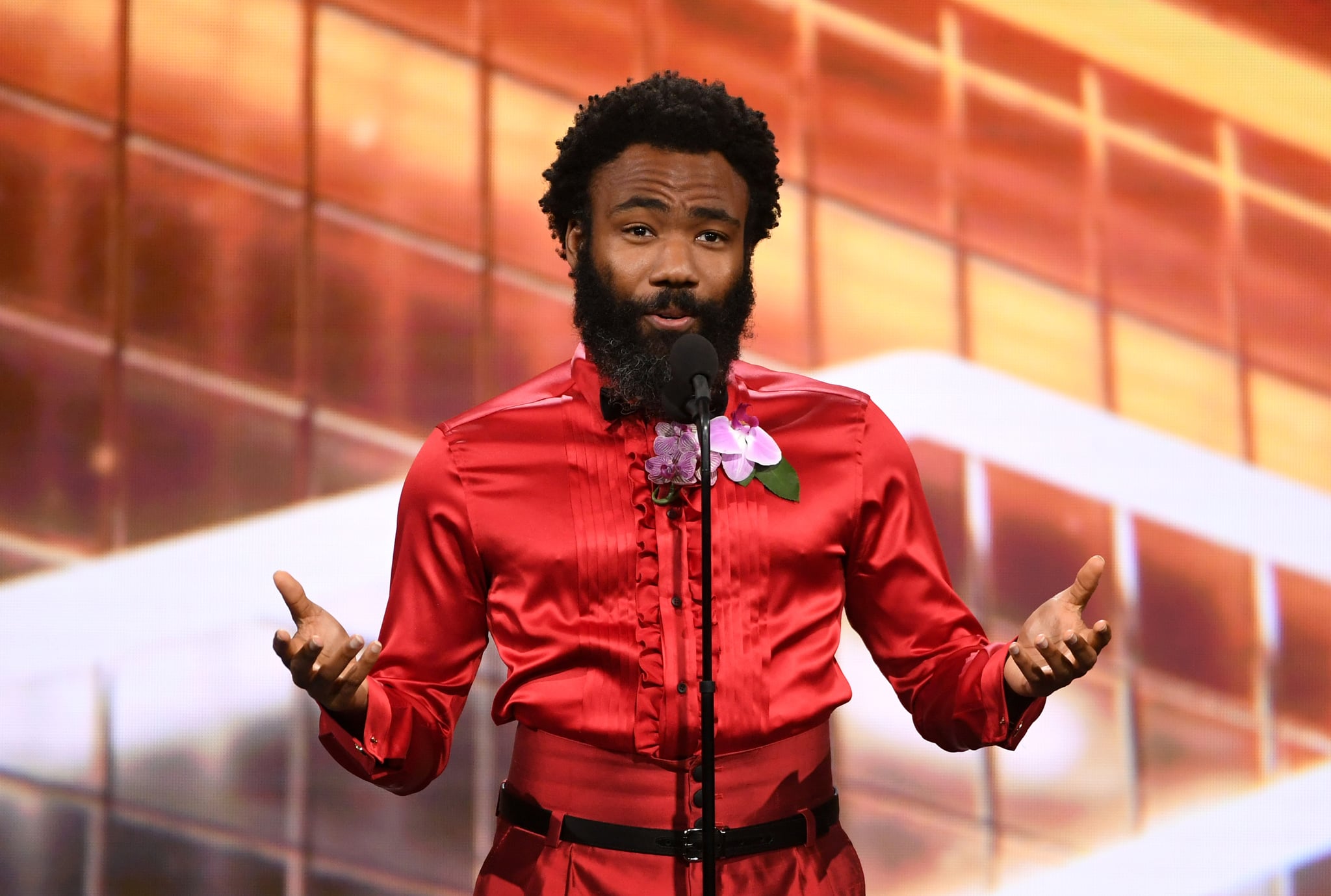 Donald Glover is passing on his musical gifts to his kids. The rapper released an untitled album on Sunday morning, which features a song with one of his two sons. At the end of the track "Don't Worry About Tomorrow," you can hear Donald ask the young boy, "What do you love?" His son responds, "I love." Donald follows up, "Who do you love? Me?" His son answers, "Yeah," before Donald continues, "Anyone else?" The boy replies, "Mom and Hulalo. And Santa. And I love — and I love Roland. And I love myself."

Donald and his girlfriend, Michelle White, have two sons together: Legend, born in 2016, and a son whose name hasn't been shared, born in 2018. There's really no telling which son made his musical debut on Donald's album, but if we had to guess, we'd assume it's Legend based off of age. Either way, it's adorable to hear the boy join his dad for a track. We know Donald loves to create work his kids can enjoy.