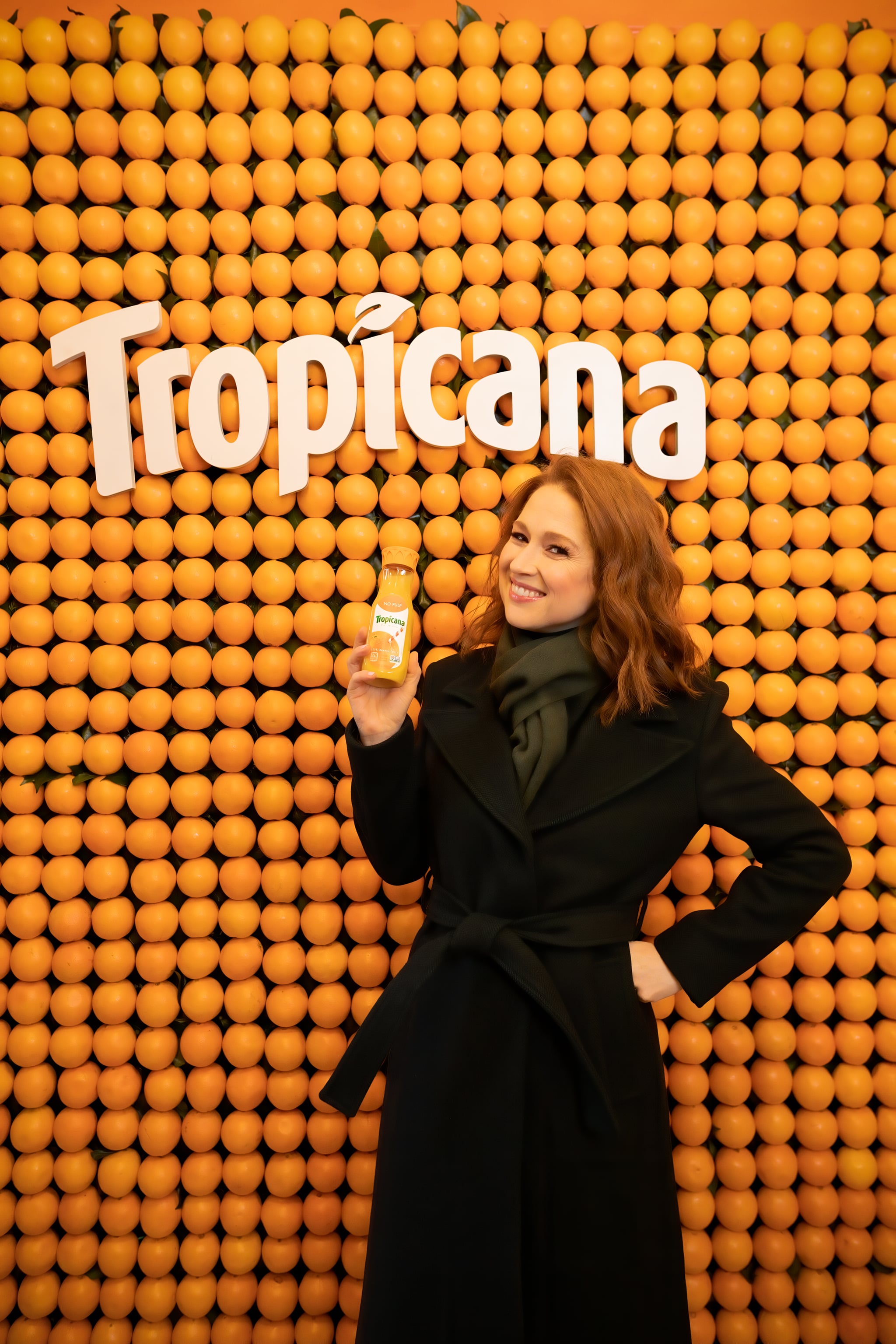 "I'm a morning person!" exclaimed Ellie Kemper, the 39-year-old award-winning actress you might recognize from Unbreakable Kimmy Schmidt and The Office. And that's a good thing, given we met up with her bright and early at Tropicana's Manhattanhenge event — aka where you get a front-row seat to a gorgeous sunrise — in New York City. While there, Ellie discussed her partnership with the brand, as well as parenting her 3-year-old son, James, and her 4-month-old baby, Matthew. And what can she say? Life is sweet.

"Having two kids is a completely different world from having one, so I'm still figuring it all out. I don't have a routine. I'm a complete mess," Ellie matter-of-factly told POPSUGAR. "Everything is chaos. And I keep thinking, 'Oh, it's going to click into gear pretty soon.' I thought I came up with the quote, 'One child is one, two children are a thousand,' but I think Kris Jenner was the first person to say this, so I'm just going to quote her!"

Known for her bubbly, positive characters on screen, it's no surprise that the same infectious energy translates into Ellie's real life, especially when it comes to her parenting style. "One thing that really gets me through is understanding and acknowledging that everything is a phase," she explained. "If I've had a really challenging week, I think, 'Oh, well, the next week could be different!' For example, my kids' sleep schedules might be totally different by the next week."

"If I've had a really challenging week, I think, 'Oh, well, the next week could be different!'"

A phase most parents — including Ellie — wish their kids would grow out of sooner rather than later on most days? Being a dang toddler. (Hey, we've all thought it at least once.) "There are these moments of brightness that I see with my kids all the time," she explained. "I'll be at my wit's end — I'll be about to lose my mind because of some tantrum, like my son not putting on his shoes. And then my 3-year-old will say something that will just blow my mind! You just think, 'Where did you come up with that? How did that come into your head?' And you just laugh. It's so lovely."

Ellie has already adopted the phrase "this too shall pass" as her motto. "Obviously then you go back to the chaos, but it's those little moments that really [stand out]," she explained. "To sum it up? I would say having a toddler is definitely a roller coaster."

Although Ellie admits she's pretty laid-back as a mother, breakfast is a sticking point for her family as soon as she rolls out of bed at 6 a.m.

"I'm like a comic-strip character: in order to see, I have to have caffeine," she said with a laugh. "Breakfast is usually cereal on weekdays for my toddler, husband, and me. I will say there's a glass of OJ accompanying that because it's so refreshing and I just like getting that vitamin C. Fruit is great. From then on, it's anyone's guess. I think the dishes are put away at some point, but I'm definitely not super regimented."