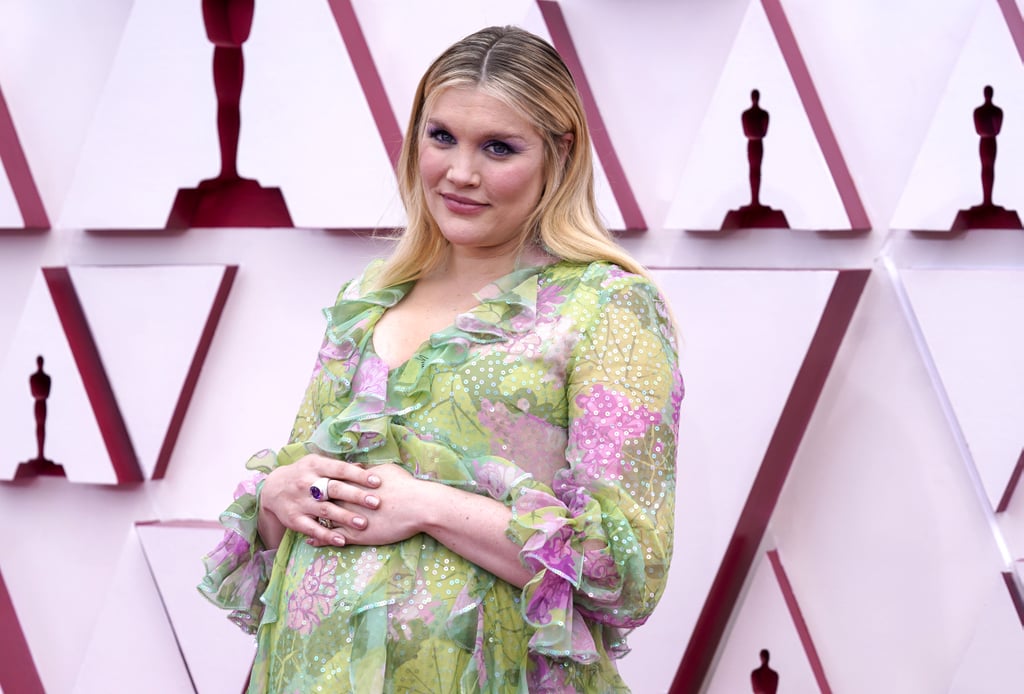 Promising Young Woman director Emerald Fennell walked the red carpet at the 2021 Oscars in a billowing green Gucci gown adorned with sequins and ruffles, but the mom-to-be wasn't alone. On Sunday, Emerald publicly revealed her second pregnancy for the first time, just minutes before accepting the award for best original screenplay for her work on Promising Young Woman. "Tonight I am Susan your pottery teacher who has a business proposition for you that is absolutely not a pyramid scheme," Emerald said to jokingly describe her look.

During her acceptance speech, Emerald revealed that Promising Young Woman was filmed in just 23 days, and she directed the film while she was seven months pregnant with her first child. "This film was made by the most incredible people in the world, who made it in 23 days and brought their complete genius and love and humor to it," she said before adding that her son, born in 2019, arrived just weeks after filming wrapped. "Thank god, because I was crossing my legs all the way through," she added. We'll definitely be writing up a petition to add "most badass director" as an Academy Awards category ASAP, and we're including Emerald as the first nominee. See her full acceptance speech and take a peek at the mom-to-be's gorgeous look from all angles here.

Greta Gerwig
Greta Gerwig Is Expecting Baby No. 2: "I Am With Child"
by Njera Perkins 15 hours ago

Nick Cannon
Nick Cannon Jokes About Christmas Shopping For His "Big-Ass Family": "Hell of a Lot of Gifts to Buy"
by Njera Perkins 18 hours ago