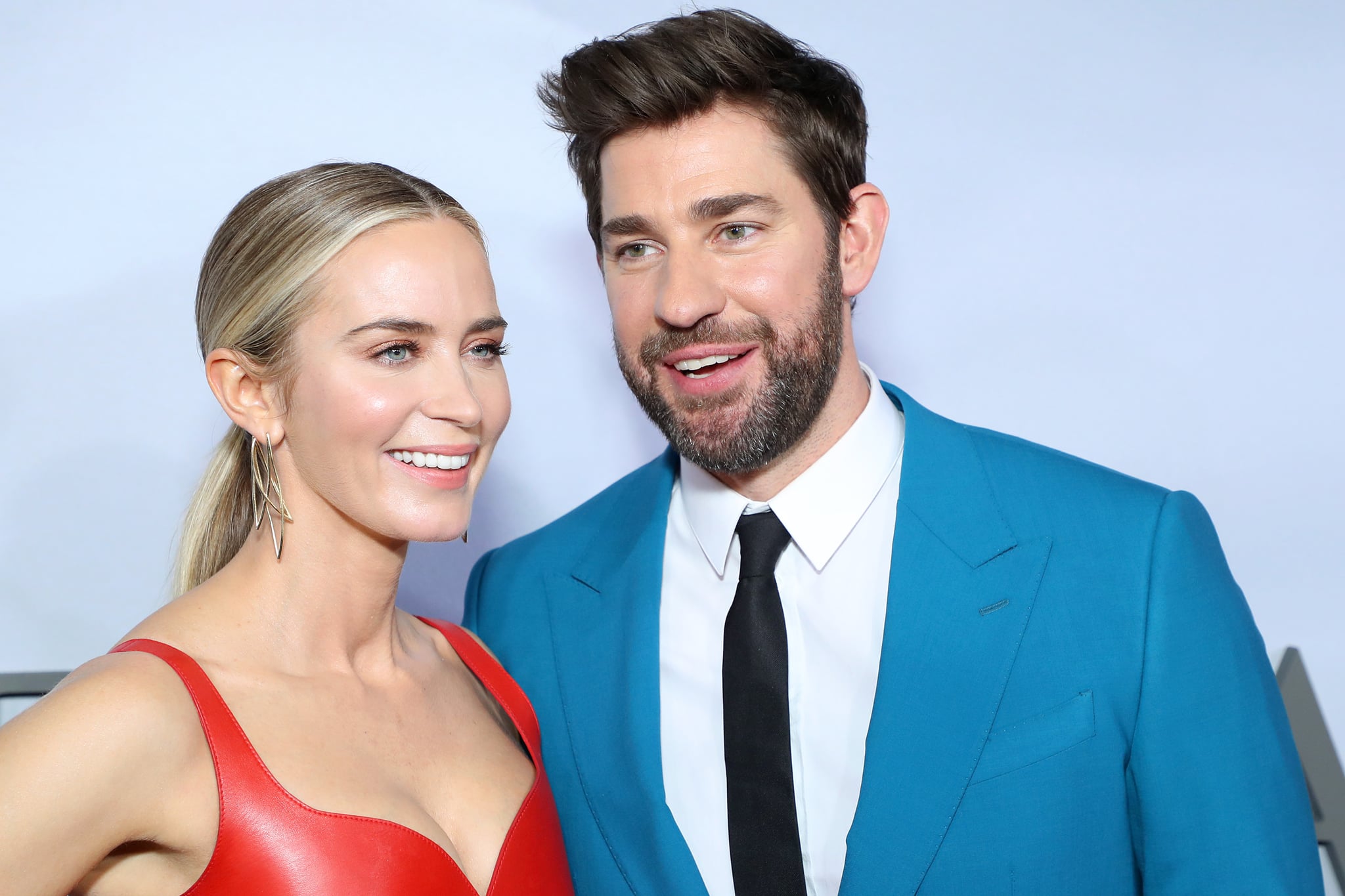 Emily Blunt and her husband John Krasinski are one of Hollywood's most recognizable couples, but they hope to simply stay "mom" and "dad" at home. According to People, Emily recently told The Sunday Times that her daughters, Hazel, 7, and Violet, 4, stay "oblivious" to their parents' fame, but it's getting harder to maintain normalcy as they get older.

"It's a strange thing to navigate, you know," Blunt said, recalling an instance with Hazel. "[She] came home the other day and we were in the kitchen and she goes, 'Are you famous?' And I'd never heard her . . . we've never said that word in our house. We don't talk about it."

For Emily, it's complicated trying to explain her career to the kids. She continued, "Someone at school had clearly said it. I was like, 'Um . . . not really, I don't think I am. Did someone say that to you, Haze?' She said, 'Yeah,' but then she wouldn't divulge much more, you know, but it's weird. It's weird." Emily wants to avoid her daughters feeling "any more important or special or that there's a glare on them any more than other kids."

Emily would be "thrilled" if both Hazel and Violet could stay unaware about her celebrity status "for the longest time." And she might be in luck because "they don't even want to see what I do," she said. "They don't even like it when I put on make-up. They don't like any of it! They just want me to be their mommy." And if the girls want to pursue their own acting career? Emily would like to avoid that path as much as possible. "God no — no! Please God keep them off the stage."

Lily Collins
Lily Collins Has a Famous Dad, but Says She Doesn't Use His Name as a "Free Pass"
by Njera Perkins 41 minutes ago