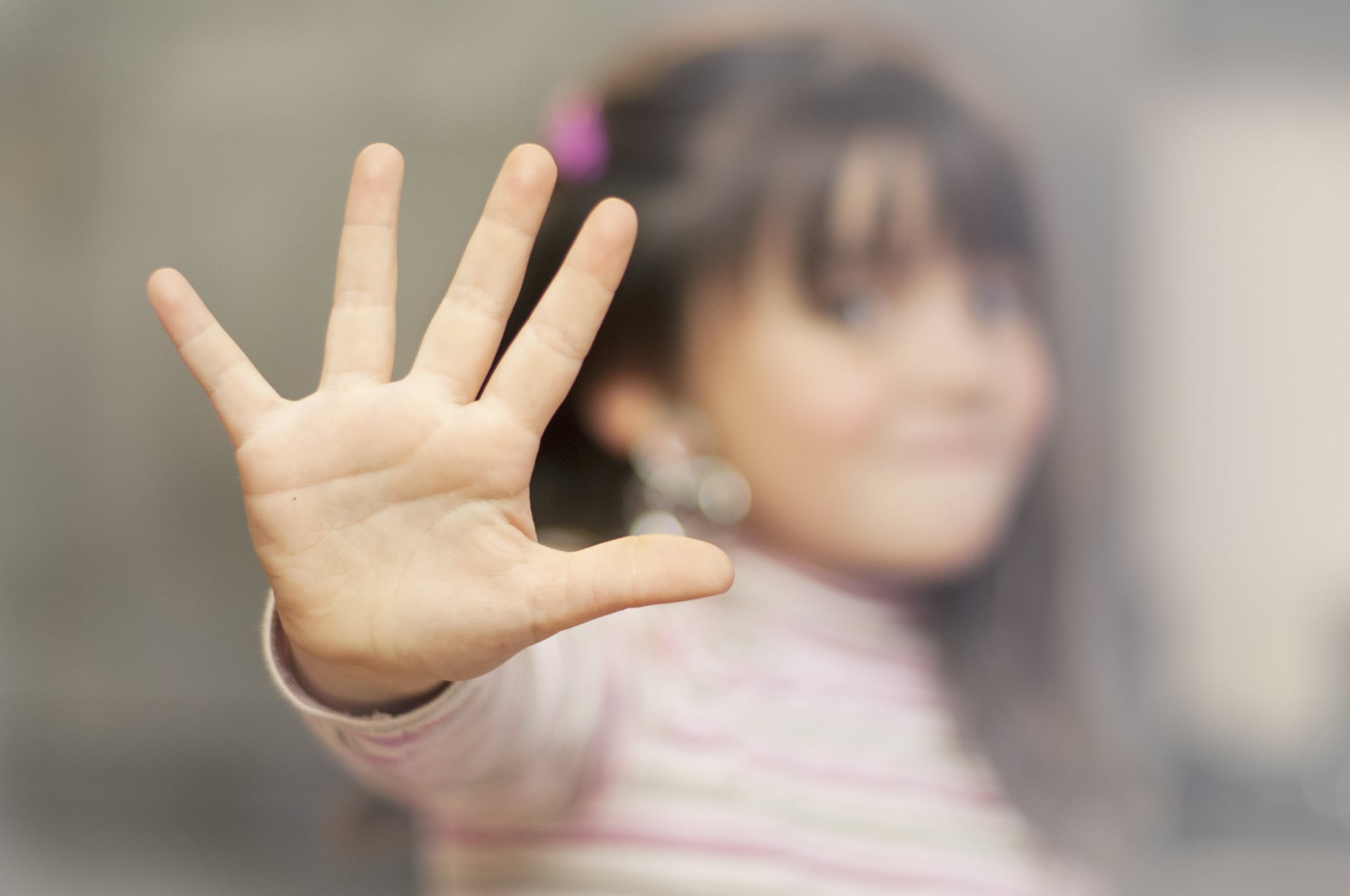 Every few months, I discover a new kid-friendly deep-breathing technique that I swear will be the one that will finally work to get my kids to calm down whenever they're frustrated. There was the basic counting to 10, there were the jingles (à la "Take a deep breath, nice and slow, take a deep breath, and let it go!"), there was the more imaginative "Smell the flower, blow out the candle" routine, and there was the belly-breathing exercise in which they'd lie on the floor and put their hands on their tummies as they inhaled and exhaled a few times.

This is the only [breathing technique] that's had true staying power. It's been six months, and she still uses it.

Each one worked like a charm until it didn't. It seemed my 4-year-old and 6-year-old were able to quickly build up an immunity to these exercises — after successfully employing them a few times, they'd just stop working. In the middle of a tantrum, I'd say, "Let's do some belly breaths!" and my preschooler would look at me and scream. When my kindergartner was getting closer to full panic mode as she struggled to zip up her jacket, I'd preemptively remind her to blow out the candle, and she'd snap back at me: "I don't want to!"

I got used to the fact that whenever they were close to losing their cool, there was nothing I could rely on to stop it.

Just a few days into remote school back in September, my daughter's gym teacher began talking to the kids about ways to calm their bodies. I didn't pay much attention to the lesson — I was sure I'd heard it all before. But in the weeks that followed, I noticed my kid quietly employing one of the techniques her teacher taught her in particular.

Her teacher had called it "five-finger breathing," though I've also heard it referred to as "high-five breathing" or "take-five breathing." Here's how it works:

Unlike any other breathing exercise I'd tried to coach my children through their anxiety, this is the only one that's had true staying power. It's been six months, and she still uses it.

What's so great about this technique is that it can be performed independently. Up until now, her ability to regulate her stress response was a two-person job. I'd have to actively notice her shift in behavior and say, "Hey, why don't we try this?" Plus, unlike this one, many of the techniques we'd used required me to lead her, either by counting or singing. Not only is she able to use this technique entirely on her own, she's able to access it unprompted. I've noticed her quietly sliding her finger up and down her hand while making her bed or doing homework. Sometimes, when she's particularly anxious (ahem, after playing a little too rough with her sister), she will go over her hand more than once. I also get the sense she appreciates being able to do it discreetly. Whenever she's back in group settings or a classroom, I imagine she'll be able to perform it with her hands under the table — no one the wiser.

I've occasionally held up my outstretched hand as a reminder. I've even made a point to practice the five-finger breathing technique myself in my children's presence in order to instill in the entire family that this is a useful stress-reduction skill for anyone at any time, but I honestly don't even think they need the nudge anymore. We all just know by now that sometimes you have to simply take five.