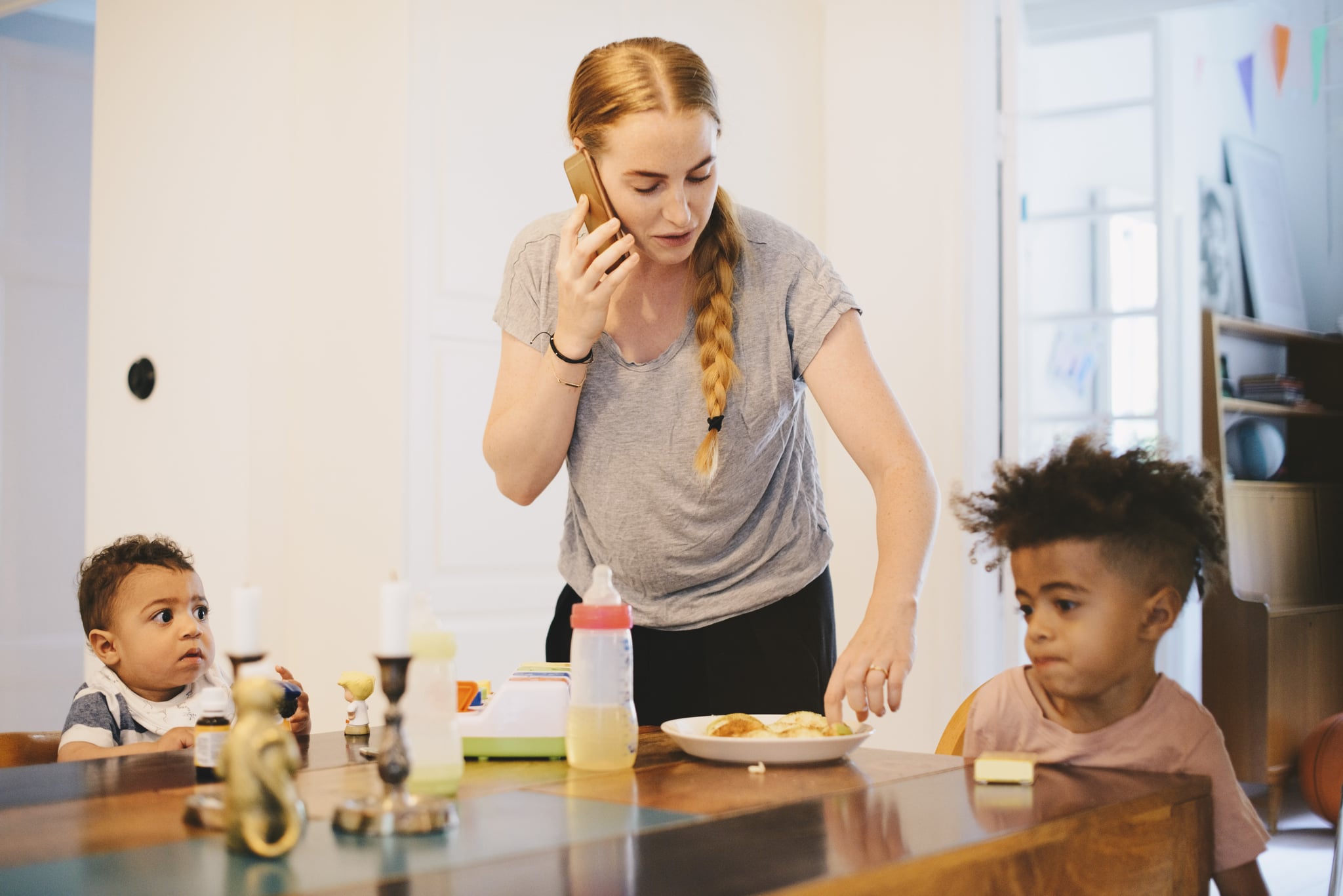 It's a universal truth that kids are always better behaved around people other than their parents. I've read articles by child behavioral psychologists about it, and I've seen it with my own two eyes. The minute our nanny would walk through the door, my kiddo — mid-tantrum — would straighten her back and wipe the tears and run to make sure her bed was made. And my preschooler's teacher always looks confused when I ask if my daughter refused to eat her lunch or lie quietly on her cot during nap time.

So, it's not hard to imagine how these weeks in self-isolation — when the only adult authority figures my children engage with are dear ol' Mom and Dad — have been treating us.

In fact, one of the most commonly used phrases in our household has been, "WHY IS NO ONE LISTENING TO ME?!?!"

It's a universal truth that kids are always better behaved around people other than their parents.

It was around the eighth failed nap time in a row, however, that I had an epiphany. I'd previously used a wide range of strategies to get my two kids to comply with an afternoon nap — something my 3-year-old would take, without fail, under our nanny's charge and something my 5-year-old still did at school. I'd reason with them by explaining the long-term benefits of sleep. I'd bribe them with promises of a movie night or dessert. I'd beg them with the last shred of dignity I still had. In perhaps the least effective attempt, I'd lose it and yell at them, which led to everyone in a puddle of tears and no sleeping to be had.

But, then, I had a flashback to those blissful days of sending my kid off to school and was actually mad that obedient children seemed to come so easily to their teachers.

Related:
Former Teacher's PSA to Parents: "Read a Book With Them, Then a Quick 7-Hour TV Show"

That's when I blurted out, "If you don't lie down quietly in your bed until nap time is over, I'm calling Mrs. Pritchitt*."

My daughter's jaw dropped. Her back stiffened. "What?" she said quietly.

I don't think I ever saw my kid slide under the covers so quickly. Even my youngest, confused and startled, followed suit and turned her back to me as she huddled under her sheets.

It worked! I couldn't believe it.

I shared the success story with my husband, and we vowed to use this newfound power responsibly. We didn't want to overdo it, for fear it would lessen the effects, so we reserved threats of teacher phone calls for special circumstances, like when the kids refused to start heading in the direction of home on our afternoon walk and I had to get back for a meeting. Or when my youngest daughter unraveled her sixth roll of toilet paper in two days. (For her, I threaten to call our nanny.)

We vowed to use this newfound power responsibly. We didn't want to overdo it, for fear it would lessen the effects, so we reserved threats of teacher phone calls for special circumstances.

Sometimes we even throw this undeserving teacher under the bus by claiming she's the one making the rules, and we're just enforcing them: "I want you to be able to put stickers on the wall, too, but Mrs. Pritchitt said we can't!"

By that point, my kid was giving me those desperately wide eyes, as if silently agreeing to whatever the terms if I just stopped ratting her out to her teacher.

I don't know how long this trick will last, and I don't know if child therapists would shake their heads in disappointment over the untruthful tactic, but I don't care right now. It's working, and I'm a desperate, authority-less parent. If you think you can do it better, come on over. Oh wait, you can't.

*I've changed the teacher's name so she won't find out about my lie. See? Even I'm afraid of teachers.