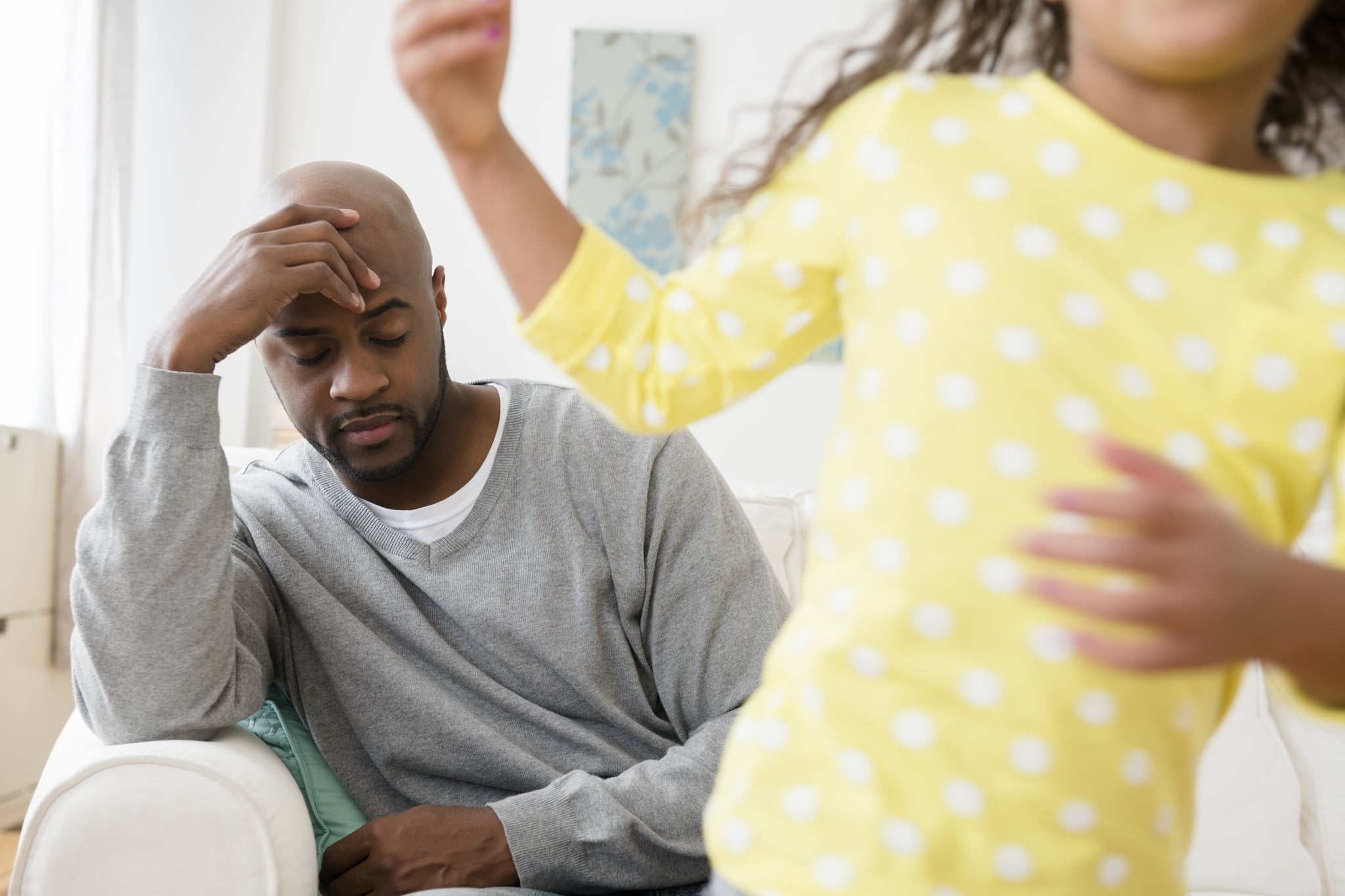 This weekend, my husband and I were trying to tackle household chores that we no longer have a spare minute to do during the week. I was vacuuming rugs with our dog yapping at my heels, and he was emptying the dishwasher before promptly filling it back up.

We were both mentally drained after a solid week of self-isolation . . . We had no escape from the grind. As a result, we were snippier with each other and less patient with our kids.

We were both mentally drained after a solid week of self-isolation, which didn't allow for any of the daily parenting breaks that come with school and daycare. My tension was high now that I couldn't steal away to a 5 a.m. workout class or a post-bedtime Target run (the only forms of "me time" I could truly count on, pre-coronavirus). My partner also had a much shorter fuse than usual these days. He may have always complained about his rush-hour commute before he was relegated to an indefinite work-from-home status, but he certainly benefited from that alone time in the car and the pace of corporate culture.

Now, we had no escape from the grind. As a result, we were snippier with each other and less patient with our kids.

So, there we were, just trying to tidy up before we embarked on another week in which every day blurred into the next, when our two kids ran into the room, each complaining about the other. I wasn't in the mood to engage, so I kept the vacuum running. My partner carried on sorting the silverware. Our kids continued jostling for our attention.

Related:
6 Tips to Help You Survive Working From Home With Your Partner and Kids

Then, all of a sudden, my husband's bellowing voice cut through the dog's barks, the vacuum's whirs, and the kids' whines. He yelled: "I'M SICK OF YOUR ATTITUDES! JUST STOP IT! NOW!"

My five-year-old instantly started wailing. The three-year-old echoed her sentiments. I felt my blood pressure rise. In general, we try (emphasis on "try") not to yell at our kids for several reasons, not least of which is because it simply doesn't work for us. It never de-escalates the situation. On the contrary, it makes frustrating encounters only last longer and usually requires that we apologize for raising our voices.

He returned in better spirits. It had helped.

So, naturally, my husband's yelling prompted me to yell. At him. It wasn't pretty, and halfway through me shrieking at him to "calm down" (the worst thing you can say to someone who's not calm) and shouting about how he "always does this" (more sound logic), I realized the kids were watching.

Still steaming, I blurted out, "OK, you need to go into timeout!"

The words startled me as much as, judging by my husband's reaction, they surprised him. He resisted, but I stood my ground. "Seriously, go take a timeout. Now."

Confused, he left the scene of the crime and retreated into our bedroom for the next 30-odd minutes. (We didn't even plan it, but he followed the classic rule that you remain in timeout for however many minutes you are years old.) Sure, I didn't love that this meant I was flying solo with the kids when I too could use a half-hour to just lie in bed and mindlessly listen to a podcast, but it was worth it. He returned in better spirits. It had helped.

The next night, I stepped on a toy I'd asked my youngest to pick up seven times already. I let out one of those angry grunts, looked at my husband through rage-filled eyeballs, and said aloud, "Mommy's going in timeout!"

Related:
Educators Explain Why Parents Shouldn't Be Let Off the Hook With Homeschooling Their Kids

We've now officially instituted parent timeouts into our family's "house rules." We even hashed out some guidelines:

We explained the general concept to our kids, who had always been under the assumption that their parents were exempt from this type of behavioral modification. Our general script went like this:

"Just like you, Mommy and Daddy get frustrated sometimes, too. We will try to stay calm the same way you do. We'll take deep breaths, we'll ask for space. We'll punch a pillow or stomp our feet. But if we forget and we yell and shout or slam a door or throw a toy? Well, then, just like you, we will get an instant timeout!"

The kids were an easy sell. They surely liked that we were getting them, too, and they actually respected our need for uninterrupted space when we labeled it a timeout versus just "mommy needs to be alone right now."

At some point, my husband and I will be out of self-isolation and will reinstate the systems that afford us mental breaks from our children and each other. We'll be better equipped to recharge our batteries, but I know we'll keep parent timeouts in our back pockets. We'd lost our tempers before we were all trapped together, and like most parents, we surely will again.