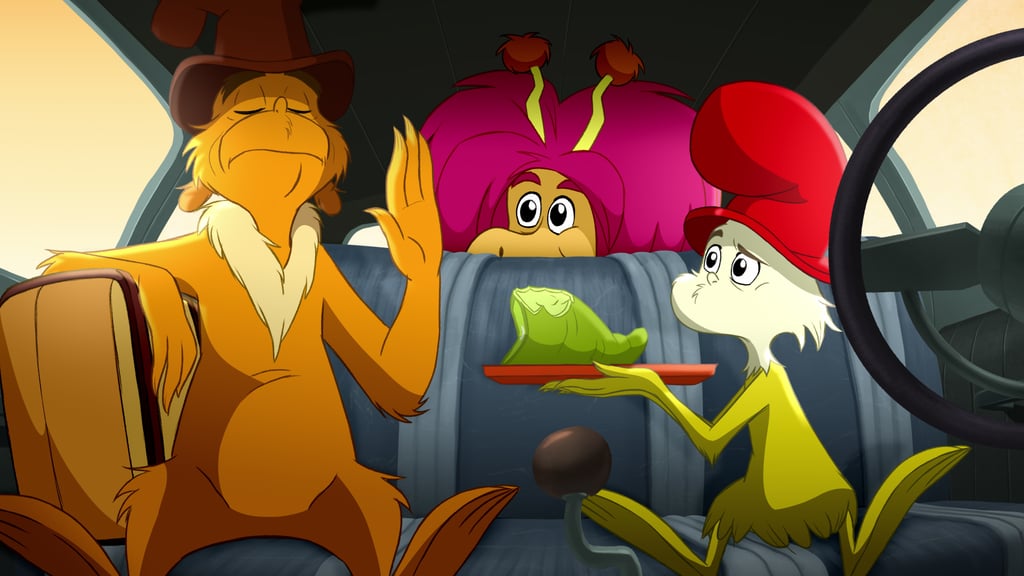 "Do you like green eggs and ham?" "I do not like them, Sam-I-Am" Get ready, y'all, because Netflix is turning one of your favorite books of your childhood, Green Eggs and Ham, into a family series come November. The animated series, which will feature 13 half-hour episodes, has one of the most incredible voice casts, including Keegan-Michael Key as the narrator, Adam DeVine as Sam-I-Am, Michael Douglas as Guy-I-Am, Ilana Glazer as EB, and more (plus, Ellen DeGeneres is one of the executive producers)!

As for the story, it'll be slightly different than the back-and-forth dialogue in the book. "The story of Green Eggs and Ham is like a postmodern Planes, Trains and Automobiles through the whimsical world of Dr. Seuss," according to information provided by Netflix. The story follows Sam and Guy, who meet in a diner and cross paths with Michellee (a love interest for Guy) and her daughter, EB. "Our fakakta foursome are also unknowingly pursued by a bounty hunter goat, two bad guys, and a villain who's out to get the Chickeraffee as his ultimate trophy." Sounds like quite the tale!

Keep reading to get a peek at some of the stills from season one of the new Green Eggs and Ham series, which begins streaming on Nov. 8, and to see both the first official trailer as well as a video of the star-studded cast reading the classic Dr. Seuss story that it's based off of.